Times are tight, and so is space: Nakagin's wicked flip-down desk, and Yotels coming to NYC 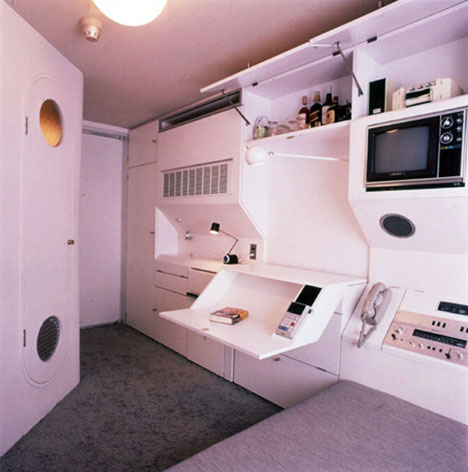 My favorite feature of Japan's now-defunct Nakagin Capsule Tower apartments is the neat fold-down desk you see above. The parallelogram cross-section cleverly positions the desk at sitting height, yet still leaves a little bit of counter space when it's flipped up into the wall.

The Nakagin Capsule Tower may be dead and its cool parallelogram desk forgotten, but its space-saving spirit lives on not only in the capsule hotels of Japan, but in airports in the UK and soon, New York City's Times Square.

Let's back up a second. Years ago Simon Woodroffe, an ex-stage-designer turned business mogul, was on an airplane when, in his own words: "I was lucky enough to get an upgrade to the sleeper bed in British Airways first class. I went to sleep with the conundrum of how to make a Japanese capsule hotel acceptable in the west and woke up realising the solution was around me: all I needed to do was find the designer of the BA first class cabin and ask them to help me design a hotel."

By 2003 Woodroffe had tapped Studio Conran to design his new Yotel capsule hotels, and their Red-Dot-Award-winning design subsequently launched in 2007. 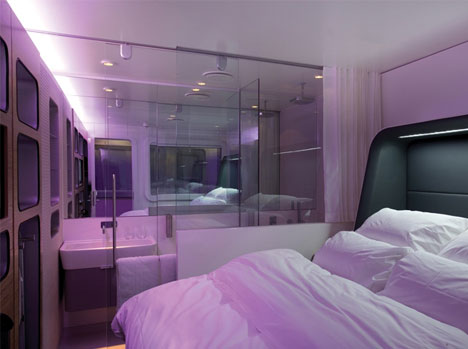 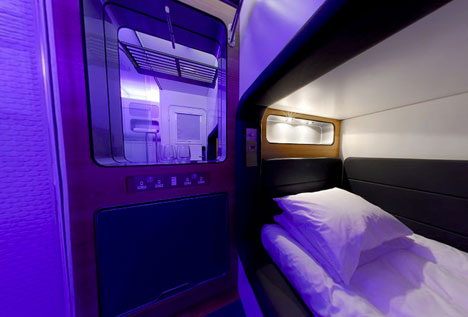 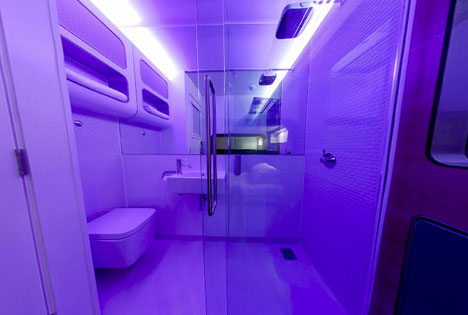 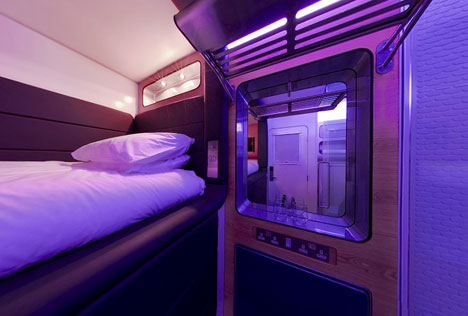 Due for a 2011 ribbon-cutting, the New York Yotel's construction is reportedly halfway to completion. And bucking a New York trend, the Yotel "cabins" will actually be larger--twice the size of their airport counterparts.

Fit and finish of the cabins will still be at the high level you see in the airport versions of the cabin, pictured above. Why? Says Woodroffe, "In the 21st century, the Holy Grail will be to deliver what rich people have at a lower cost."