Or... 'How you can lead in an uncertain future by using design to find new ways to compete.' 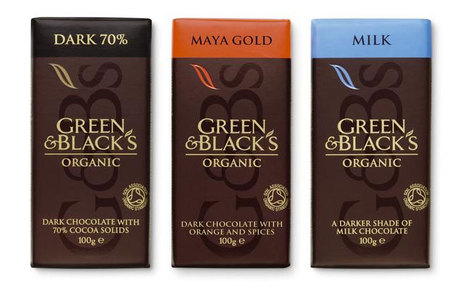 Craig Sams, Co-Founder and Executive Chairman of Carbon Gold and Founder and President of Green & Black's, provided the last contribution on Thursday's schedule.

After a day of head-spinning thinking outside of the box, down-with-the-kids talk, juggling of buzzwords and multiple diagnoses of the current state of affairs, it was nice to be reminded in the closing presentation that a bit of old-fashioned entrepreneurial spirit isn't necessarily evil. And equally that without an eye on sustainability all other endeavours are pointless.

Craig Sams concluded his address with a neat litany of 'f's that have dominated his professional mission and career: food, farming, fish, forestry, fair trade, future for our grandchildren. His obsession is with the processes around our food system. He has devoted his working life to rethinking agriculture. Having been born into the man-made catastrophe of a Nebraskan dustbowl in the 1940s, this determination is perhaps not surprising. He founded Whole Earth and opened the first organic (and macrobiotic) restaurant in Notting Hill in the '60s, earning the headline 'hippy diet could be deadly'. However luckily for organic food John Lennon was a convert and the masses soon followed. Nowadays 78% of UK consumers can accurately define 'organic'.

He presided over the Soil Association, with projects proving links between healthy eating and happy productive people, promoting a healthier attitude to food and eating through books and magazines, and ultimately a commitment to getting the products on to the shelves.

He branched out into chocolate, having stumbled across some organic cacao growers in Togo, and the resulting Green & Black's brand became the first to earn the Fair Trade accreditation. It was also the first to describe its origins transparently on the product. His cornflakes brand went further, announcing all its credentials: wholegrain, organic, no gmos. And added to that more recently, 'carbon neutral'.

Finally he posed the question: what will the carbon debate do to the future of food? Bearing in mind that the food system is responsible for 30% of all carbon emissions. He expressed some hope that the results of the CPH climate conference will start to change the way we farm, getting hold of the real energy cost. He described farming at the moment as a process of eating oil, turning hydrocarbons into carbohydrates—a method which consumes at least 5 times more energy than it produces (a person with a hoe on the other hand, produces 20 times more energy than he/she consumes).

But here again, as a good business man, he has spotted a niche and thought of a product. Biochar captures carbon and puts it back in the soil, where it helps to retain moisture, reduces the need for fertiliser, increases microbiotic activity in the soil—all good things (and it's available in your local garden centre!)

Evidently a varied, highly innovative, and successful career; one that will no doubt stand him in good stead at the pearly gates. However, how much of a role design, or the elusive 'design thinking', has played in all that is perhaps debatable. He shoe-horned in a few references, primarily around packaging design. But it seems to me his achievements in innovating are more down to a combination of a keen eye for a niche and a personal conviction that whatever it was it should be good, clean and fair. And there's nowt wrong with that.