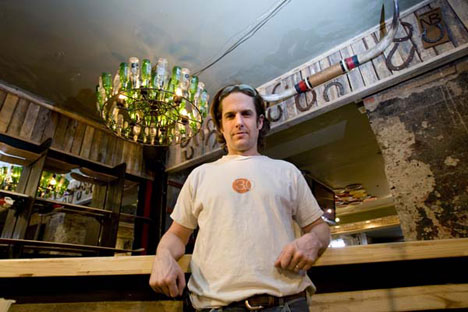 One of the things I love about ID is its broad scope. With an ID skill set you can design anything from toothbrushes to furniture to stores to cars, and whether the economy's good or bad it's a great way to move between industries, as you're not tied to the fortunes of any one specific product.

Remember Pure Design, the Umbra-esque design firm from the '90s? Founded by the design trio of Geoffrey Lilge, Randy McCoy and Daniel Hlus, the firm was the epitome of hip design of that era, starting out with a CD rack (sooooo '90s) and expanding into furniture that wound up on the sets of Ally McBeal and a Janet Jackson video (ditto).

So whatever happened to them? Following the departure of Lilge in 2002, McCoy and Hlus sold the company in 2005, and it subsequently morphed into an upstate-New-York-based design retailer. And in an example of the resilience and diversity of the profession, McCoy has recently popped up on the design radar again--doing nightclubs and bars in Edmonton.

After leaving Pure, McCoy was asked by friends for help with renovations; with the successful completion of each project the requests started to pile up, and he realized he had a viable business on his hands and founded Retrofit Design LTD. Since its inception in 2005, McCoy's firm has expanded from kitchens and residential interiors into nightlife. 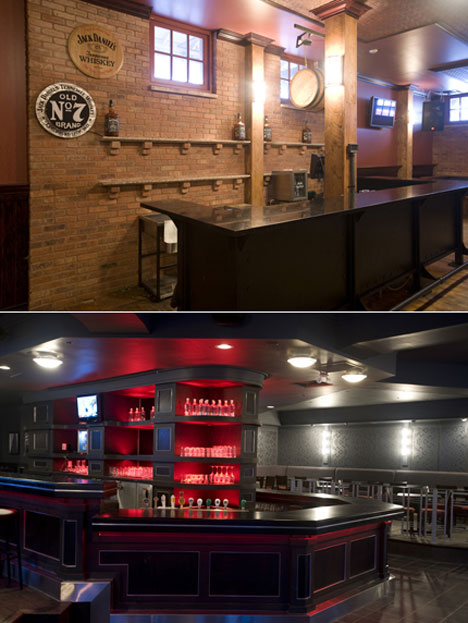 The Edmonton Journal recently did a piece on McCoy and his bar design, and you can read more about him and check out Retrofit's stuff here.