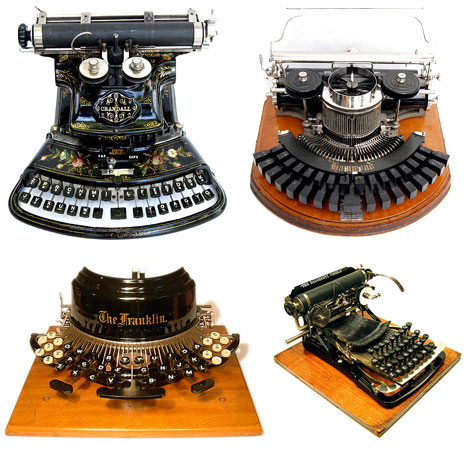 Something I find endlessly fascinating is interface designs that didn't make the cut, the misfires and experiments created while designers floundered around looking for solutions acceptable for mass uptake. For example, the established QWERTY keyboard that we all know, like this one here, 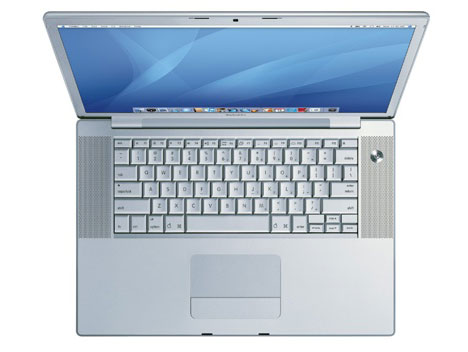 more or less "tracks" with the keyboard on even this ancient typewriter: 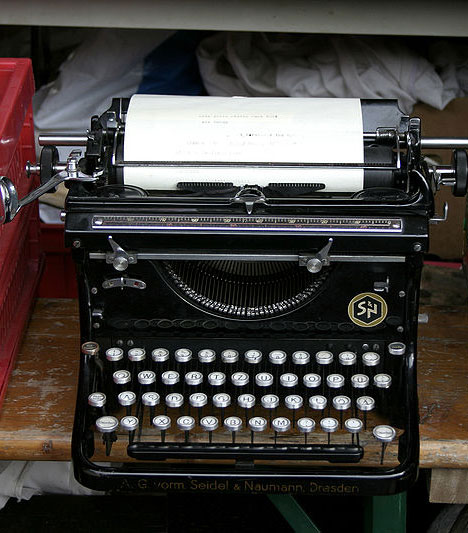 But when you head over to Martin Howard's Antique Typewriters, the largest collection of these machines frm the 1880s and 1890s in Canada, you start to see the equivalent of 19th-century interface design shots-in-the-dark.

This bad boy from Brooklyn, an Automatic from 1887, had the spacebar up top--where that big-ass AUTOMATIC logo is--and only typed in capital letters, though presumably letters produced using the machine weren't presumed to be rudely shouted: 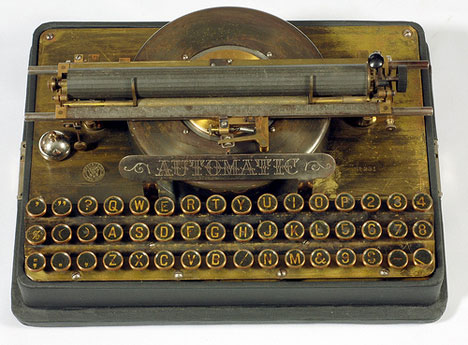 The crazy "index" typewriters, like this New American from 1906, seem painfully slow to use unless you need to type the word "Furs:" 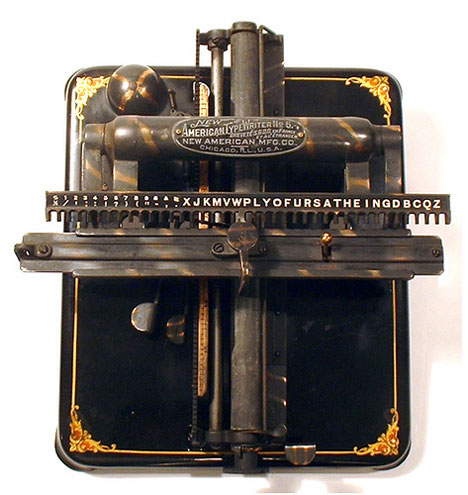 This Yost from 1873 seems to predate the SHIFT key--it has separate buttons for upper- and lower-case: 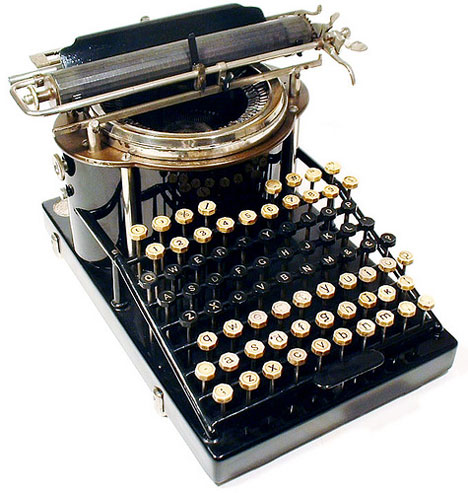 This Morris contraption from 1885 supposedly typed 70 words a minute, but despite having a college degree I have no idea how you're meant to use it: 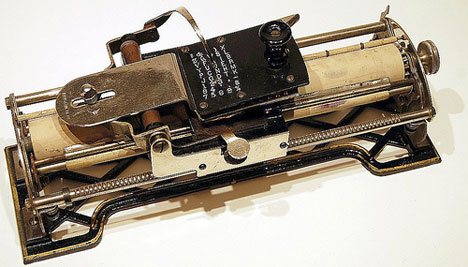 If I received this 1893 Blickensderfer in the mail, I'd call the company up and ask where the other half was: 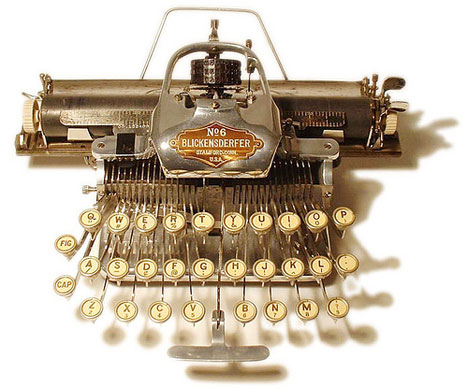 Then you start getting into the stuff that looks like it was designed purely to confuse archaeologists in 200 years' time, like this 1902 Lambert: 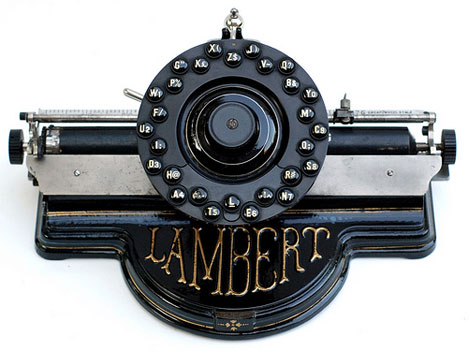 The list, and Antique Typewriters' Flickr page, goes on and on. I've burned up at least an hour poring over the fascinating variety of designs; but I was able to type this entry up in less time than that, because I'm using one of those things in the second photo.