I love my Surefire E2L LED flashlight, but I have to admit that design-wise it shares an aesthetic with most other tactical torches: It looks like it oughta be strapped to an assault rifle.

One flashlight company breaking out of the "threatening flashlight" look is Icon, with their Rogue and polymer-bodied Modus lines. 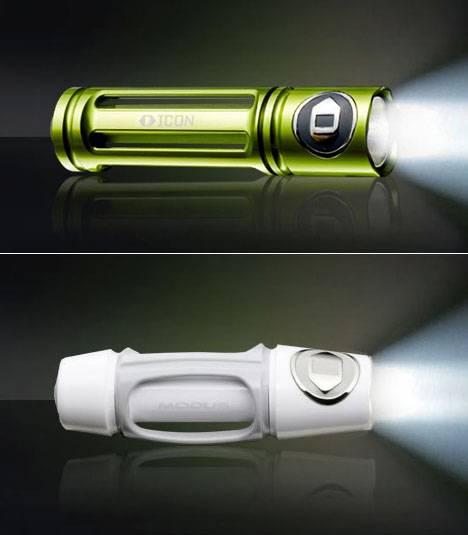 The former is still a metal cylinder, albeit with the look of sculpted aluminum; the latter is an even further design departure, fattening up the cylinder in the middle for grip and adding webbing for good measure.

Another of Icon's nice design touches is functional: Both flashlights feature an easily-clickable low-power setting. This is useful if you're, say, sharing a room with a sleeping friend and you just need enough light to find something, not blind a suspect.