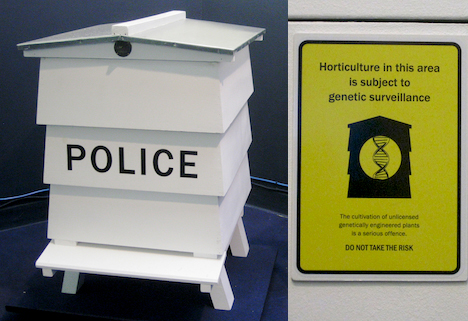 As posted earlier on, the RCA Design Interaction Department featured the IMPACT! show, the outcome of various collaborations between science and design. Here some more of the exhibited project:

Thomas Thwaites presented his Policing Genes project, which deals with the fact that genetically engineered plants, that can produce vaccines, are currently undergoing field trials. In his project he speculates that, like other emerging technologies, this will also find use outside the law, with narcotics and and controlled pharmaceuticals grown in innocent looking garden plants. It proposes a police response that uses the natural behaviors of bees to monitor the genetic make-up of pollen in an area. 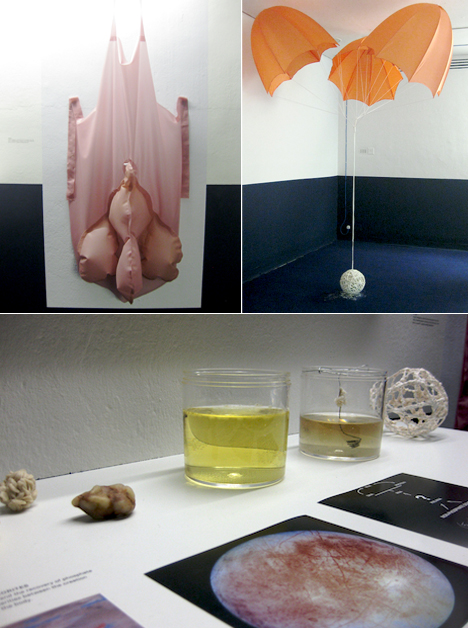 Michael Burton investigates with his project Astronomical Bodies the possibility, that the type of phosphorus needed to kick-start new life, here and perhaps in other universes, arrived to earth in a meteorite. He therefore created an apron to collect and capture phosphate from urine, which crystallizes in its front chambers and forms kidney stones. These could be sent as meteorites into space and possibly seed life on other habitable planets. 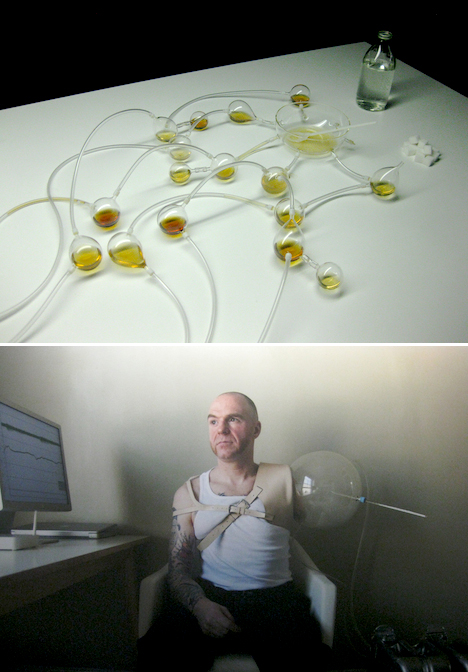 Featured above is Tuur van Baalen's Synthetic Immune System, dealing with the scientific idea that micro-organisms such as yeast could sense and diagnose anomalies in our bodies. He therefore suggests to externalize our immune system to make healthcare more personal and participatory.

Revital Cohen showed a Phantom Recorder, addressing the fact that, when limbs are lost, the mind often develops a phantom sensation. The system projects a cold and damp sensation onto the skin surface, triggering the brain to hallucinate a phantom. As the phantom movement stimulates the peripheral nerves, its activity is captured by the neural implant and external wireless machinery. When a prosthetic has been fitted, digital data of the recorded phantom sensation can be transmitted to the implant, allowing the nerves to recreate the sensation of a telescopic phantom hand, a fourth foot or a spit arm.