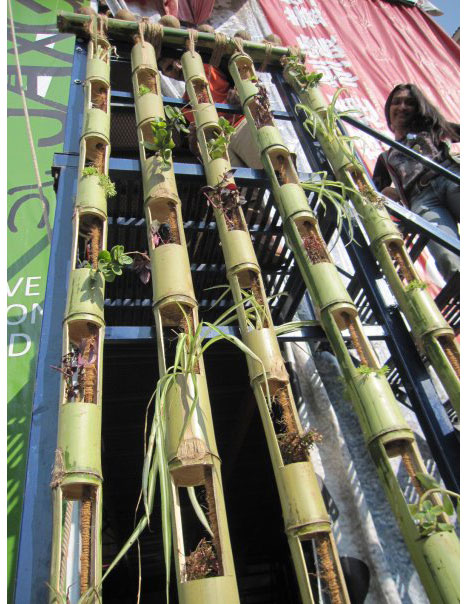 A vertical, space-saving garden made from bamboo, a solar cooker made from used plastic cups and plates, and sand-filled water filtrations systems made from plastic bags and PET bottles (with a total construction time of just minutes): These are just a few of the projects done by design students at India's Srishti School of Art, Design & Technology, under an eco-awareness campaign called Captain Planet in the Making. 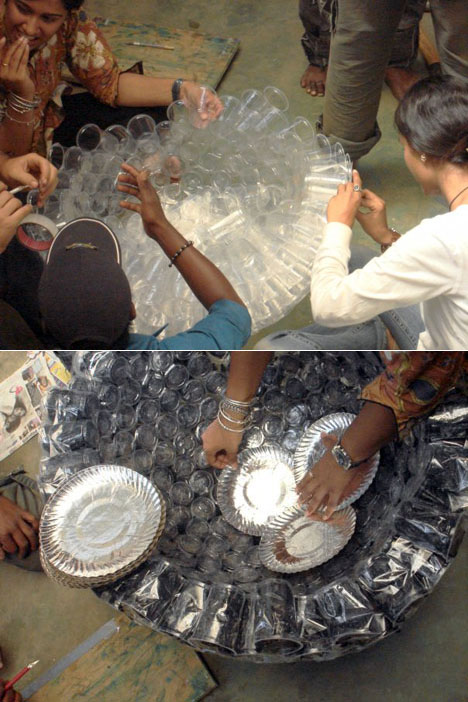 Not all of the projects are successful--the solar cooker only heats up to 75 degrees, for instance--but it is the spirit of applying design to readily available materials, even rubbish, to make things people need that they are trying to promote.

The students' collective Facebook page has over 100 photos of their research and projects, but unfortunately the descriptions are sparse or nonexistent. But one complicated-looking project whose function and usage we were able to ascertain by combing through comments is the animal-powered water pump, pictured just after the jump.

Previously a farmer would have to ascend the steps to the well, load his buckets and carry them back upstairs to water the crops; now the water is drawn up through a series of small buckets and deposited into a gutter, saving a trip downstairs.

It's not clear whether the students devised this or the farmer did--the well-worn animal track would indicate it's been in use for quite some time--but either way, it's an impressive feat of design engineering with a presumably very low production cost.