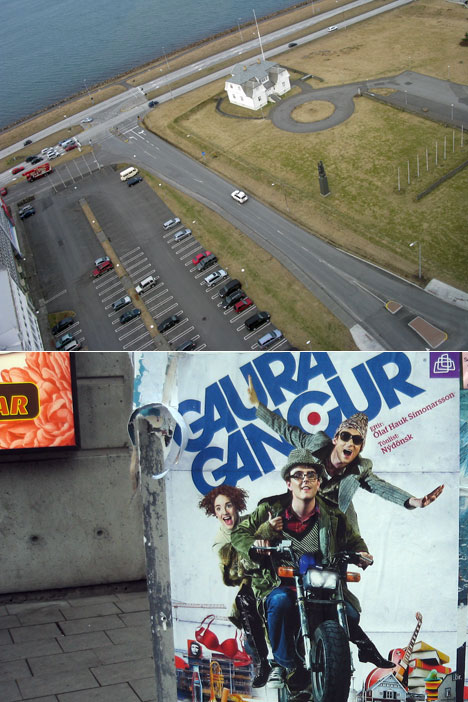 I was sent to Reykjavik to cover their newly inaugurated Design March festival, an annual event dedicated to showcasing Icelandic design. Iceland is the only Scandinavian country I hadn't been to so I was curious to walk around and soak up the vibe. Unfortunately, a flight that landed at 5:50am and jetlag sent me traipsing around Reykjavik in the early morning, when there wasn't a lot of vibe to soak up as everything was closed. But I broke out the camera to record whatever differences I could find. 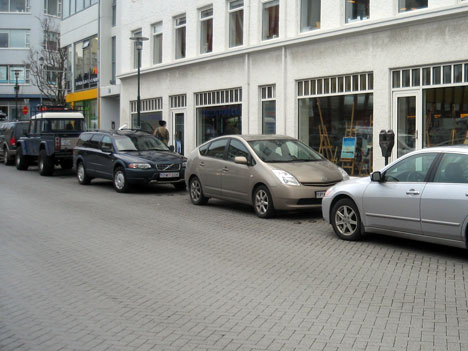 It's not a big deal in most of the world, but if you do this in the 'States you get a ticket. Why? Because no U.S. municipality has any confidence that its citizens are competent-enough drivers to pull a U-turn to park without killing someone. And after the first accident there'd be a lawsuit. Sigh. 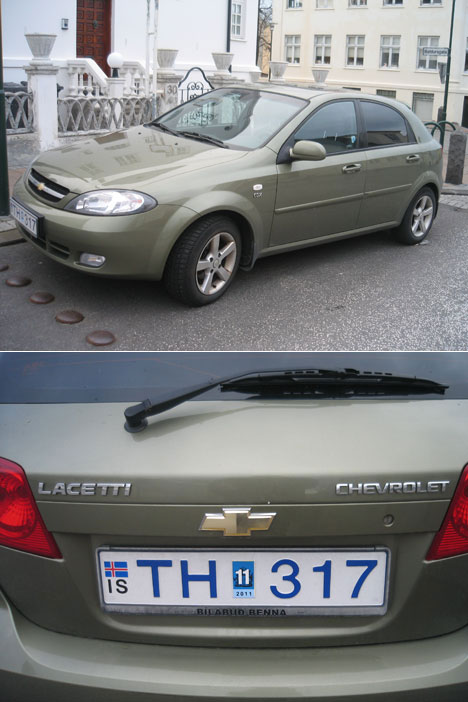 These cars are basically the automotive version of U.S. movie stars doing coffee commercials in Japan--they do it for the overseas money and hope that no one back home finds out about it.

Walking around Reykjavik, I soon noticed that every other car's tires made a strange noise rolling down the street, a sort of quick clopping noise, almost like a bunch of miniature horses wearing horseshoes on asphalt. Simultaneously I found myself almost tripping and stumbling through two crosswalks in a row; I chalked it up to the jetlag and had no idea my clumsiness was actually related to the noisy tires (read on).

Inspection of parked cars revealed some had tires with what looked like nails driven into them: 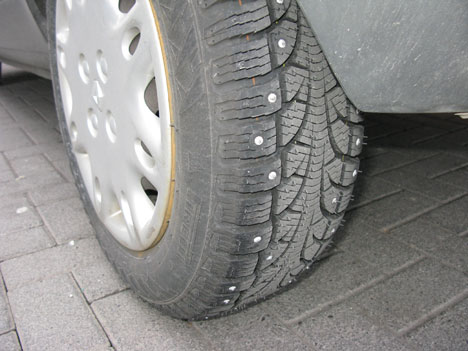 While I was taking this photo, the car's owner appeared and I asked him about the studs. "They're for the ice," he said. "But I'm from Minnesota and we've got plenty of ice up there, and we don't use these."

"Not really, at least, they're not good for the roads," he said, pointing. I looked closer at the asphalt (and later, cobblestone) surfaces, and saw that there were actually two troughs worn into the street, in the rough width of tire tracks. Two subtle dips you'd never notice if you weren't looking for them, which explained my stumbling street crossings. 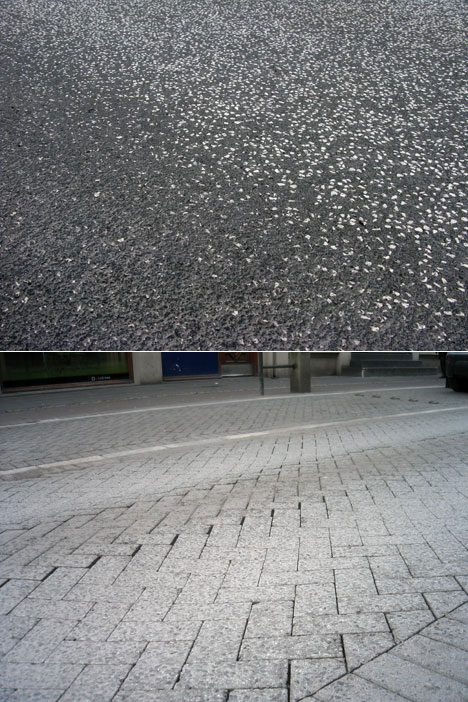 Next thing I noticed was that the main drag, Laugavegur, had an odd configuration. It was a straight street, two car widths wide, with one of those widths donated to parking. But the parking side alternated on each block, so the road had a snaking quality, a sort of less-exaggerated version of San Francisco's Lombard Street. 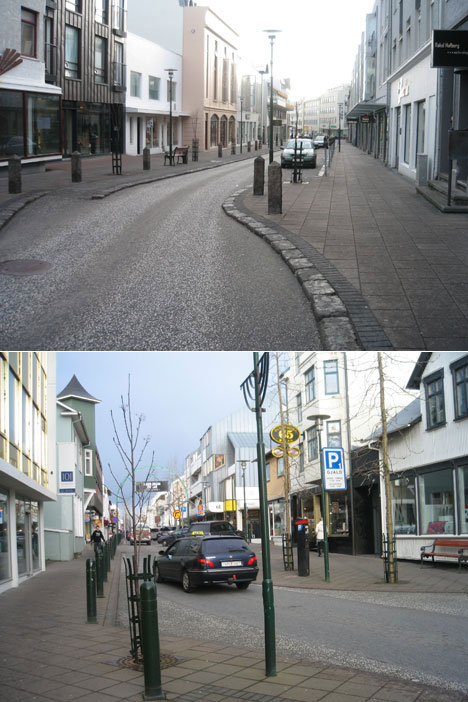 I couldn't figure out why they would do it this way, instead of having all of the parking on the same side of the street, until I saw cars navigating the road: With every intersection requiring a slight S-turn, you have a sort of built-in speed limit that's less annoying than speed bumps.