When I saw this sign on the front door of a bar in Reykjavik, I knew this country had something special to offer in terms of creativity: 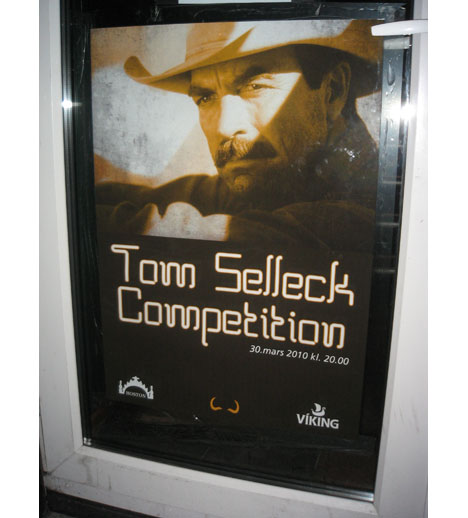 "This moustache is new," explained Stefan Petur Solveigarson, the Icelandic industrial designer behind the flatpack Skrauti candelabra. Solveigarson was giving us press guys a walking tour of Reykjavik, pointing out spots of design interest, when the conversation turned to moustaches. "See that guy across the street? I bet he didn't have a moustache last month, either." 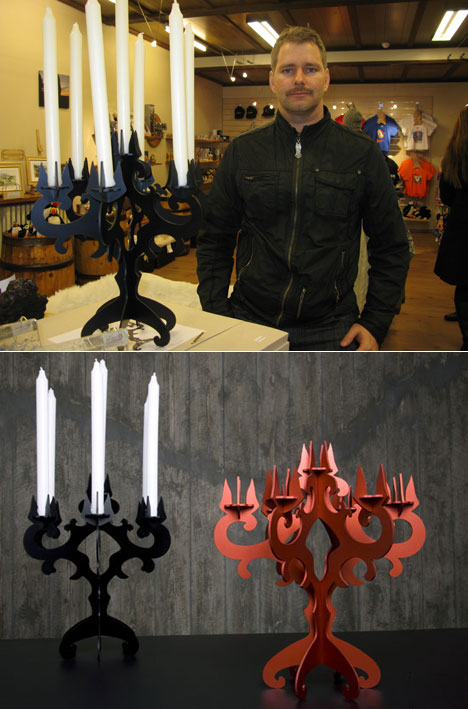 He went on to explain that the moustaches sprouting up on men's faces all over Reykjavik--and presumably, the Tom Selleck competition--were part of a recent campaign to raise awareness of testicular cancer. Rather than an armband, which you can lose or forget, a moustache is easy to carry and visible right away. He figured he'd do his part and grow the bush.

Solveigarson himself is a designer with a sense of humor; in addition to designing serious stuff like this newspaper rack and wall-hangable cutting board with internal magnets to hold cutlery, 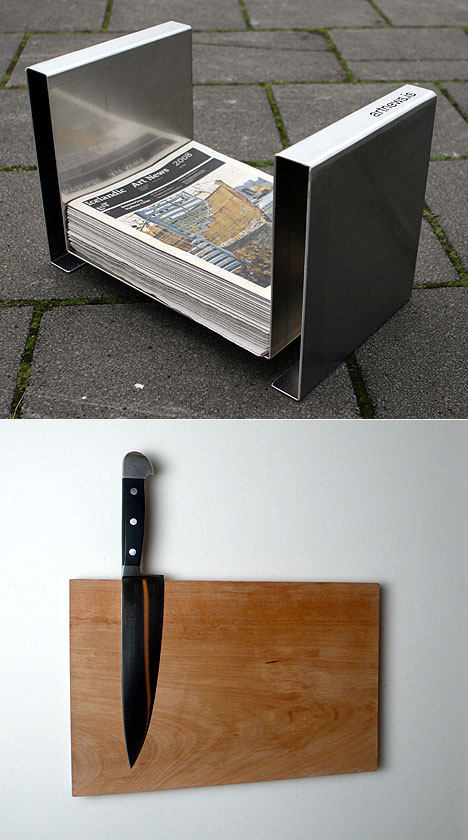 he also designed a deck of cards for playing Go Fish, which features not only fish--so you can say "Do you have any lobsters" rather than "Do you have any two's"--but recipes to cook them with. 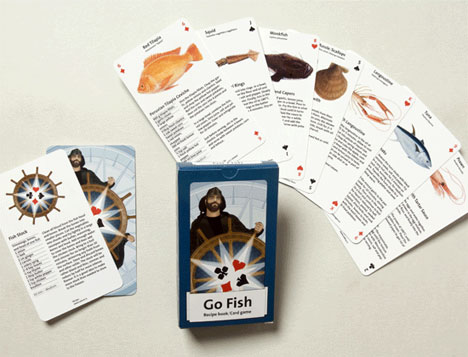 In recent design blog postings, you may have seen other people's designs for a shower featuring lights integrated in the nozzles and/or a tent that turns into a jacket. Solveigarson is probably familiar with those concepts--as he did them back in 2006. 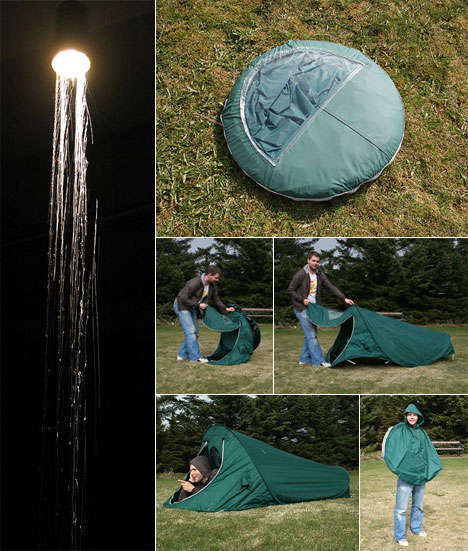 "Icelandic industrial designers, at least the younger generation, do not typically focus on just one area, like furniture," Solveigarson explains. "We try to do a lot of different things." His own portfolio bears this out: It contains a mix of furniture, lighting, kitchen implements, T-shirts, trophies, logos, signage, and more. Check it out here.