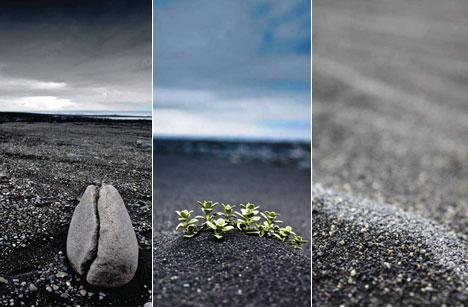 Fact One: If there is a definitive Icelandic design trait, it is to be inspired by the unique topography of Iceland itself.

Fact Two: If volcanos were factories, Iceland would be the China of lava. Iceland's volcanos are responsible for one-third of the world's lava output.

One object that very neatly and uniquely brings these two facts together is Jon Bjornsson's Flower Eruption vases and bowls, made from black volcanic sand. 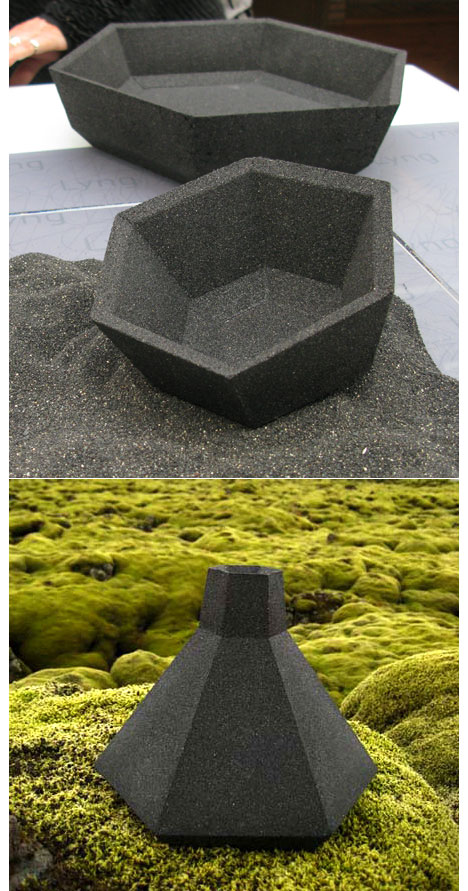 In a country with scarce production methods, Bjornsson's come up with a neat way to crank them out: The sand is combined with a resin binding agent, then cast in paper molds. Tweaking the formula eventually yielded the completely watertight mix needed for final production.

(If blog entries could include rim shots, I'd close with "That looks like a lava work.")