As many pointed out to me, resource-scarce Iceland can be kind of a tough hang for designers, with some choosing to seek their fortunes overseas (in either direction). But one designer saying "No" to the talent drain is native daughter Gudrun Lilja Gunnlaugsdottir, who was educated at Eindhoven but chose to set up shop at home. She founded the design firm Studiobility with her husband, Jon Asgeir Hreinsson, in Reykjavik in 2005, and began producing projects like the ones you see below.

Flowerchair was produced from a line drawing of a flower, "extruded" through strips of wood. An alternate version exists in shiny PVC. 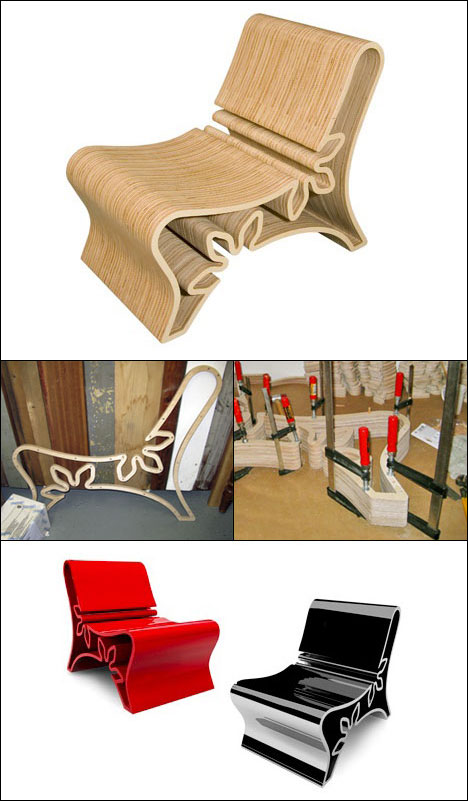 The FlatPack Candlesticks aren't really sticks, but precisely-cut sheets of thin steel. The user bends the cutouts up to form the shape to their liking. 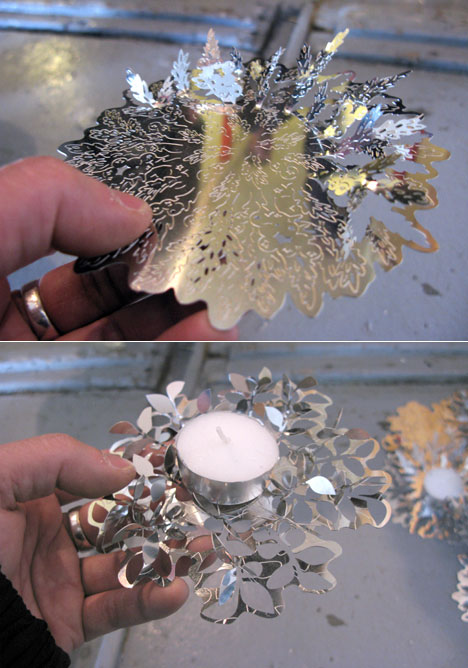 The Curiosity Cabinet was inspired by a person, a farmer from eastern Iceland. As Gudrun explains, "[This farmer is] as solid as they get. In every conversation he always finds a way to see things in many perspectives, he treasures things and stories--he is a world of knowledge.... The cabinet should be able to open from all sides, like the farmer, always open to other perspectives, sometimes with surprising results." 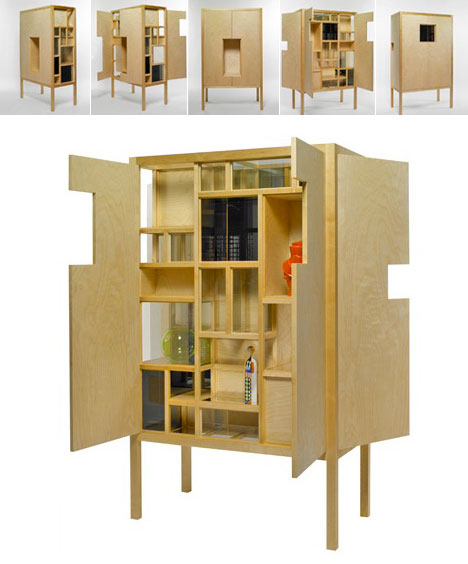 Our favorite was their Fairy Tale water-jet-cut steel brackets/shelves, shaped like one half of a butterfly; reflected light "draws" the other half on the wall. 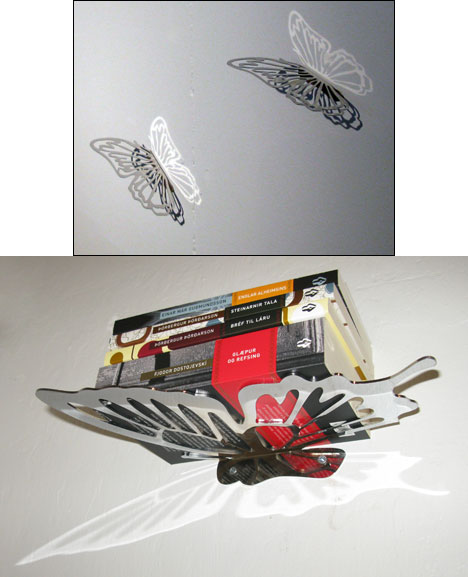