Wake up and smell the coffee table: Curface turns java into furniture

Spent coffee grounds are the least satisyfing thing for me to throw in my composting machine, because they go in looking like brown dirt and come out the same way. But London-based ID nonprofit firm Re-worked, working in conjunction with Axion Polymers (whose design competition we wrote about just a few weeks ago), is turning spent coffee grounds into something more visible: Furniture. 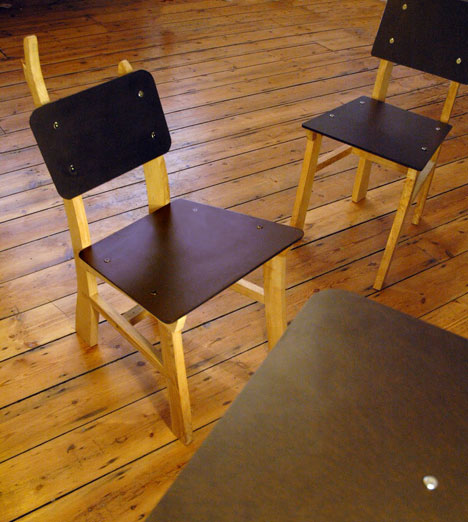 The two companies collected coffee grounds from offices, factories and (natch) cafes, combining the brown stuff with plastic recovered from WEEE. (That last bit's not a Nintendo product, it's an acronym for Waste Electrical and Electronic Equipment.) Axion then combined the materials into pellets, which Re-worked transformed into plastic-like sheets; the resultant material is called "Curface" (pronounced "surface"), and they took the wraps off of it at last month's Ecobuild 2010 conference, in the form of tables and chairs to pique client interest.

The chair's legs, by the way, were made from an ash tree that had already been cut down in central London and was slated for the trash. 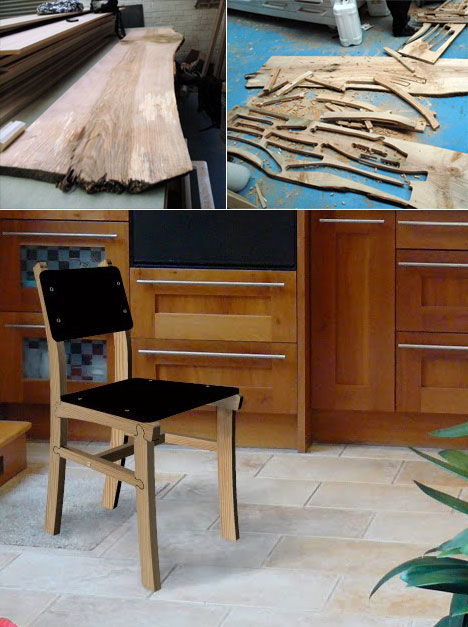 And in keeping with Re-worked's waste-not philosophy, even the cutoffs were turned into these little guys: 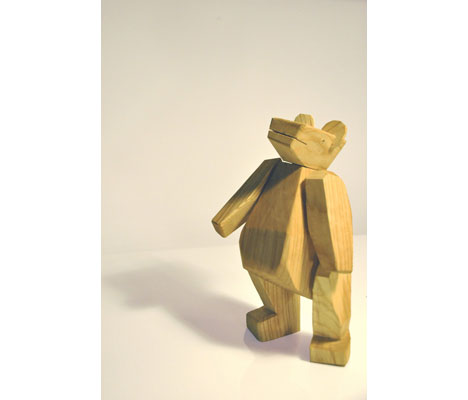 Wake up and smell the coffee table: Curface turns java into furniture