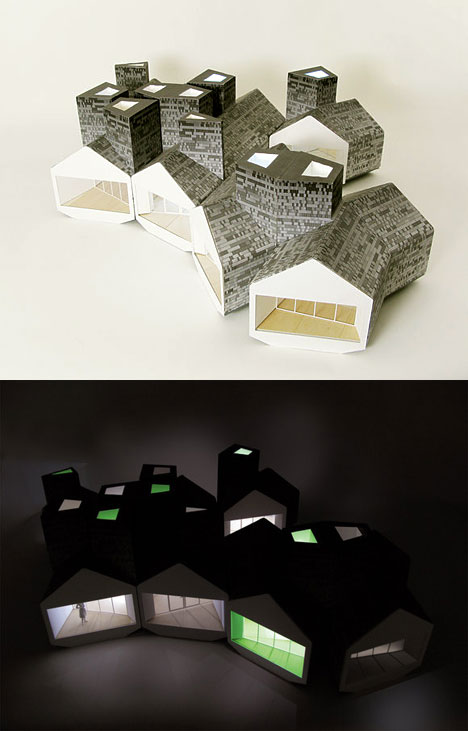 Proposed by MOS, Element House is "architecture for a new ecology," a novel prototype of domestic space and an unconventional pre-fab strategy.

The design utilizes the archetypal shape of a house—a rectangle topped by a triangle and a chimney. The form is extruded, modulated and compartmentalized through an outgrowth driven by the Fibonacci sequence, "a describer of developmental patterns in living organisms." By applying this mathematical algorithm, MOS explores the potential of re-combinatory forms in buildings. In this case, they've created a new type of domestic space: an open plan, permeated with variation by the nature of its growth. 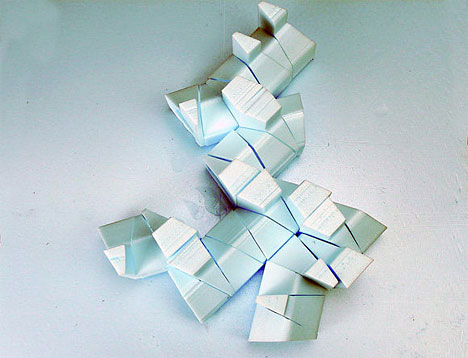 The Fibonacci outgrowth, represented in an early model.

This project also examines the architectural role of the hearth. Gottfried Semper located it centrally in 1851; this was extended by Frank LLoyd Wright in 1951; and Robert Venturi used it iconographically in 1962. In 2010, MOS removes the hearth entirely, replacing it with a series of voids.

The hearth's absence doubles as a light well, bringing daylight and natural ventilation into the interior of the extruded form. The "objectified domestic technology" of the fireplace is replaced with an atmospheric inlet, bringing the light and weather from outside the house in. The decentralization of this system peppers the building with many opportunities for natural lighting, heating and cooling, bolstering its green credentials.

Here's a brief excerpt from the project description, elaborating on the above:

These empty chimney voids negate the objectified domestic technology in favor of focusing on latent atmospheric qualities and disembodied technology. As architectural practice and discourse comes to grips with the tethering contingent relationships between technology and the environment, the Element House demonstrates another relationship, wherein some things have more presence in their absence. 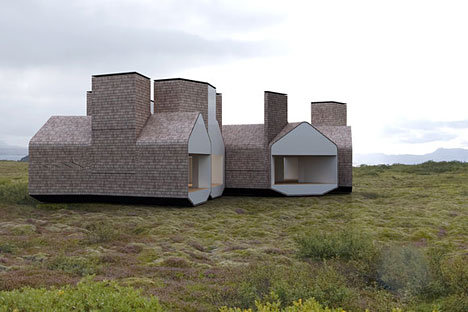 Through the reconfiguration of vernacular forms, the project proposes not only a new idea of a house, but also a new idea of a village. Where does one home end and the other begin? Element House "expands and contracts as necessary," accommodating multiple or extended families in a continuum of space and resources.

The homes would be completely "off the grid," operating independently of traditional utility services. The pre-fabricated modules, limited to a footprint of 1500 square feet maximum, would follow strict LEED design criteria. 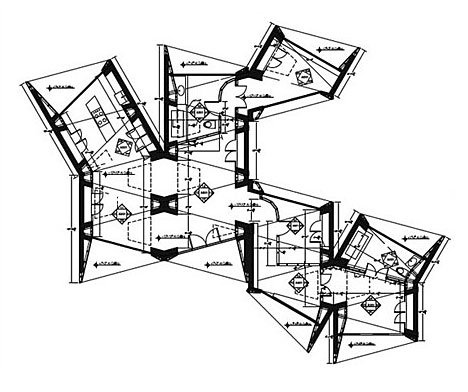 The Museum of Outdoor Arts (MOA) in Denver, Colorado exhibits the project for the first time Saturday, April 10th. A talk by MOS Principals Michael Meredith and Hilary Sample will precede the opening reception.

A catalog, beautifully designed by Linked by Air, accompanies the exhibition. Comprehensive project discussion and imagery is supplemented by selected essays—our favorite is "Weird is Good," contributed by Filip Tejchman. Pick it up at the exhibition or order it directly from the MOA.

Finally, some exciting news: the Museum plans on building a first prototype this summer, so stay tuned. 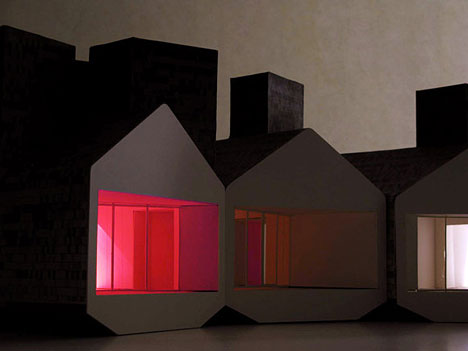 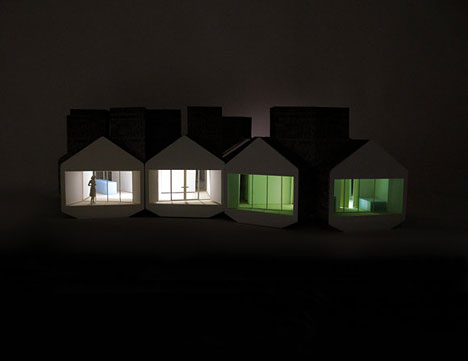 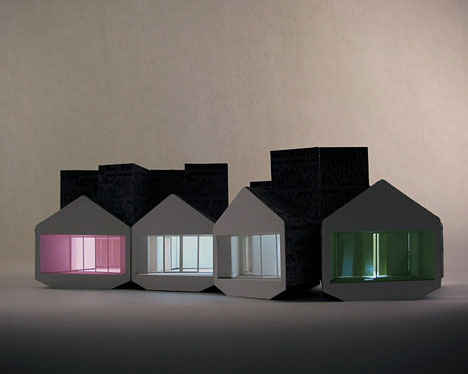 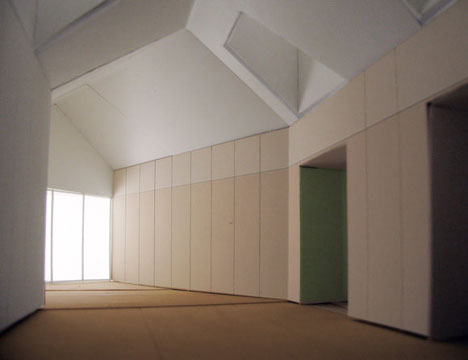 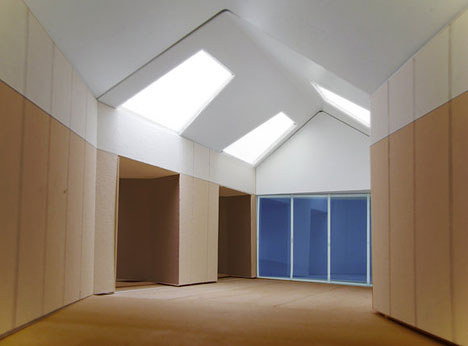 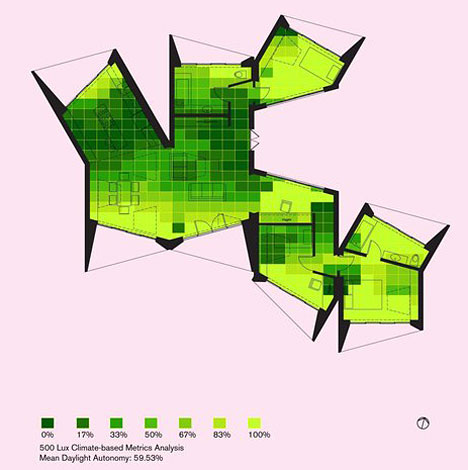 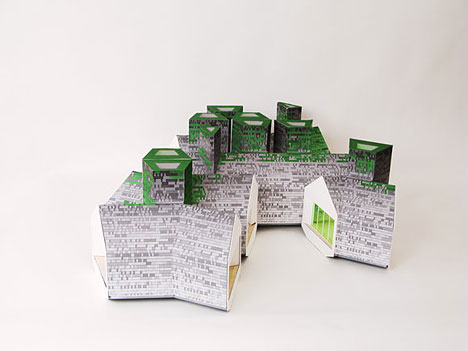 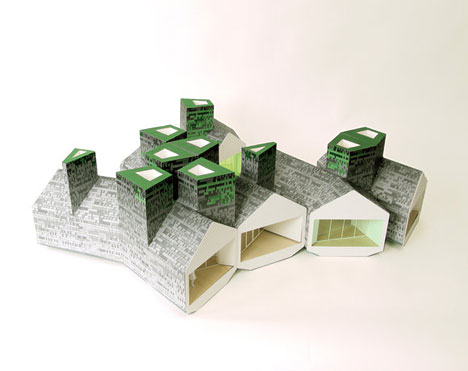 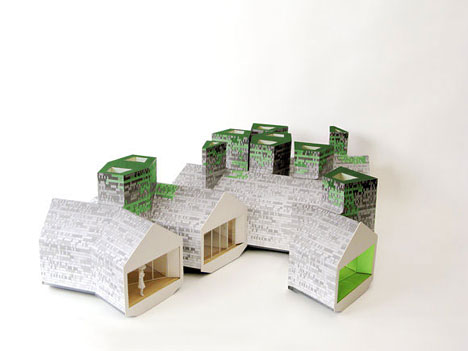 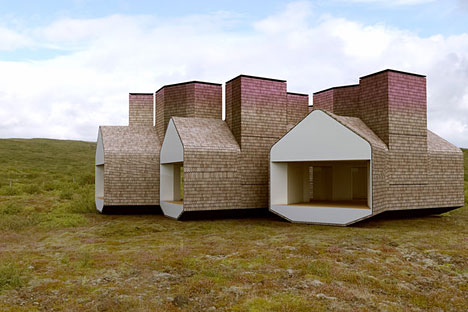 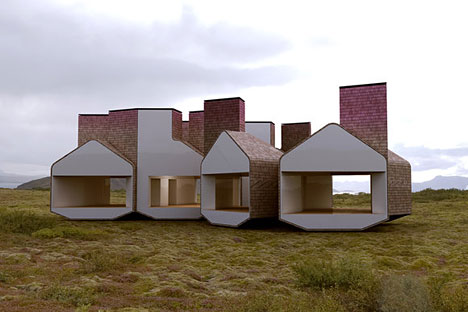 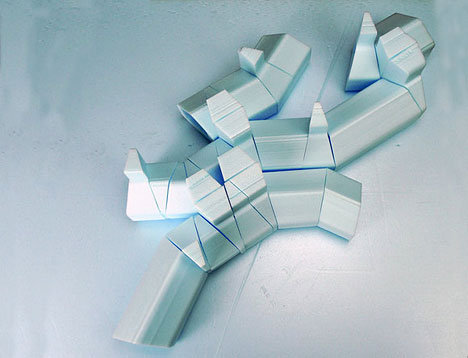 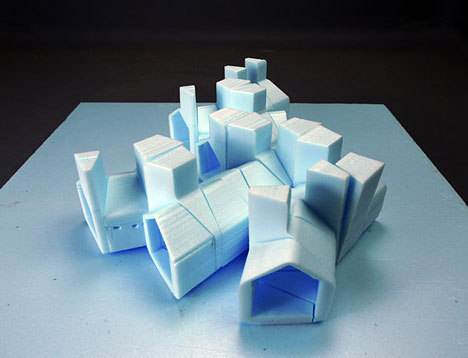 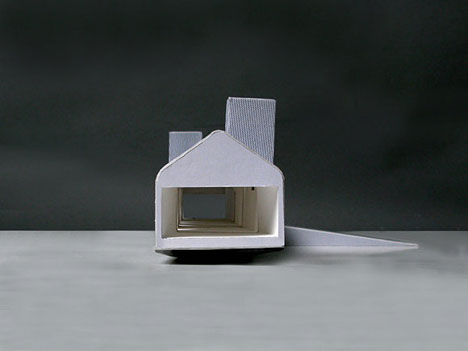 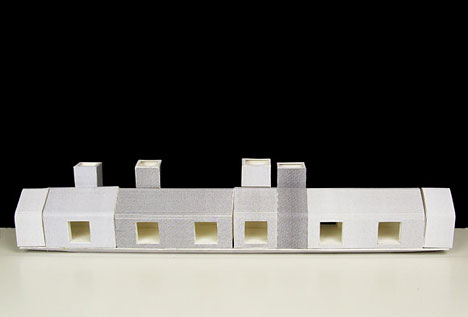 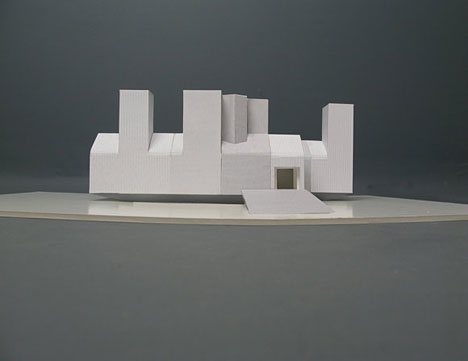