Microsoft debuts their new phones: Kin they do it? 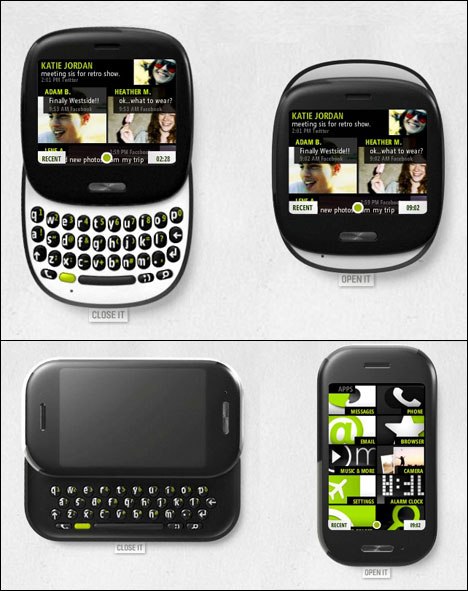 Microsoft has just taken the wraps off of their Kin line of cell phones and the barbs have already started to fly. Perhaps the most savage critique we read was by Conceivably Tech's Daniel Bailey, who wrote

...I have had this uncomfortable suspicion that Microsoft's product design team is target of deliberate sabotage. Kin One and Two, Microsoft's new social Zune phones announced today leave no doubt - one of the company's rivals must have product designers in key positions that are able to come up with eye sores that are pushed into the market to destroy Microsoft's credibility in industrial design.

I am actually not so offended, or surprised, by the industrial design; the derivative Kin One looks like someone crossbred a Pebl and a Blackberry and got something right in the middle, as dog breeders can do, and the Kin Two just looks like an iPhone with rounder corners. I'd be more apprehensive about the functionality, specifically the functionality as executed by Microsoft: They say they "designed Kin to communicate as naturally as you," a bold claim for a company not known for ease of use. We'll see if they pull this one off.