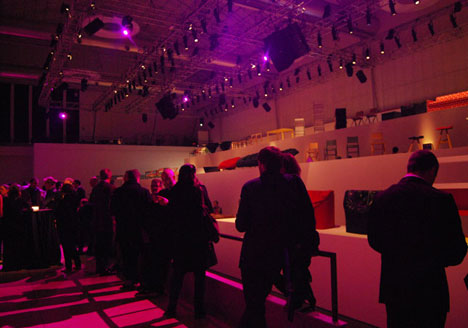 Thursday night ended at a couple of giant parties thrown by Established & Sons and Tuttobene, who both have a reputation for social gatherings. The floors were covered with broken glass—the women's bathroom and the streets were no exception.

Established & Sons celebrated a fifth year in the old Jai-Alai arena in Brera. Their entire collection topped giant bleacher-like plinths, with the newest stuff at the very top: a signature lighting collection, including the ghostly Audrey lamp, and their new "cheapy" line, the worst of which was a molded polyurethane stool named "Butt." 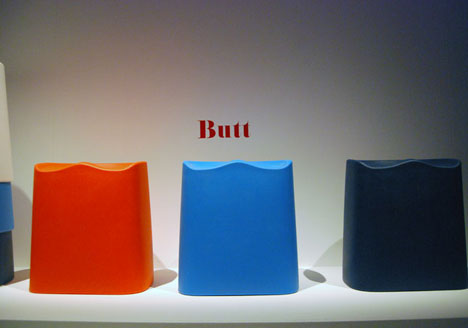 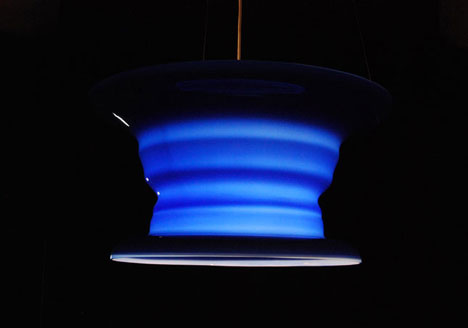 Audrey Light by Michael Eden. Two ghostly profiles.Tuttobene was a bit of a different scene, a whitewashed and well-lit raw space furnished with cardboard boxes. The work, from Dutch designers exploring experimental, sustainable design, was mixed in with the party floor. Highlight: the headlights-turned-lamp mounted over the DJ booth. 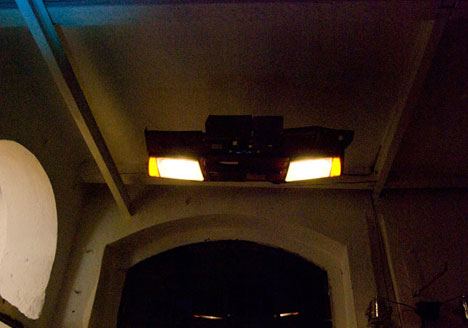 On the way home, we tried one late night pit stop at a pizza place on the way home, but it was cleaned out. They offered only crust with nothing on it, displayed normally and cut into wedges. We weren't so desperate, but someone was—there was a line out the door.

More photos follow, and check them all out at our Milan Design Week 2010 Gallery! 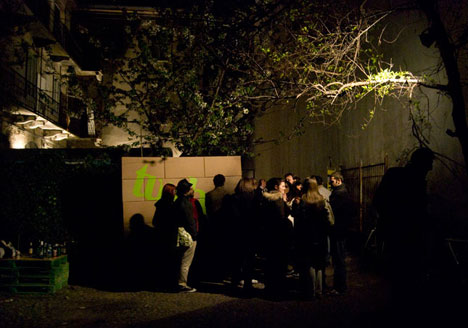 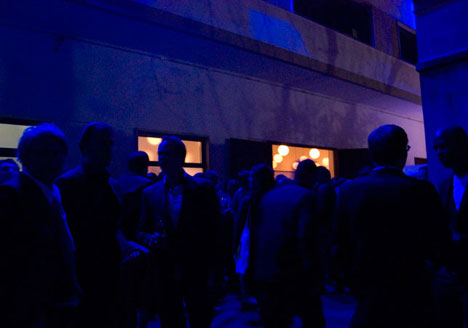 Outside at Established and Sons. 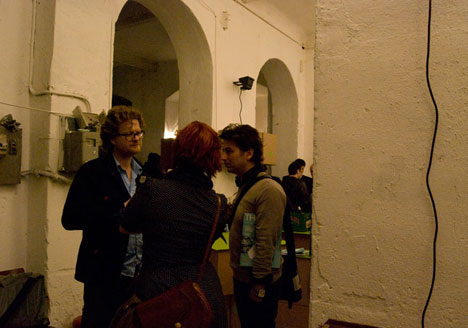 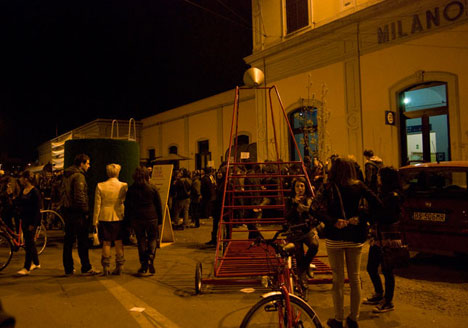 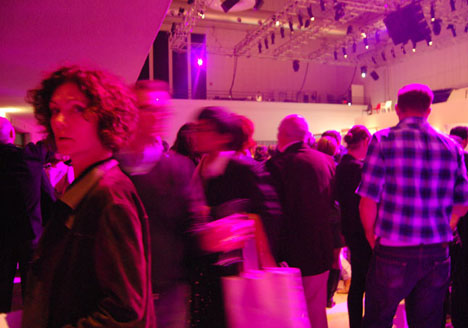 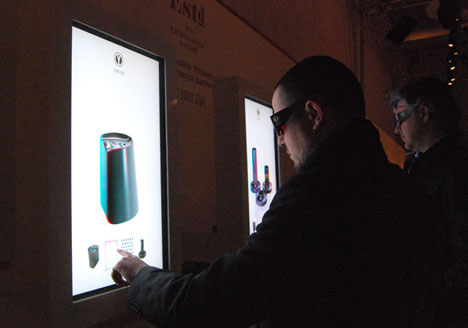 3D TV at Established and Sons. 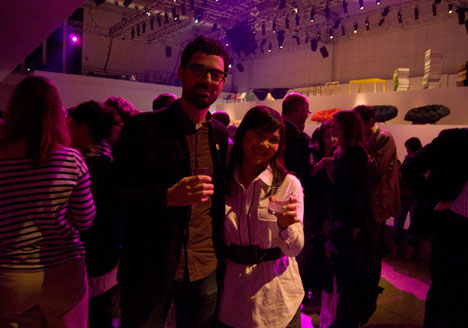 One half of the Core77 team. 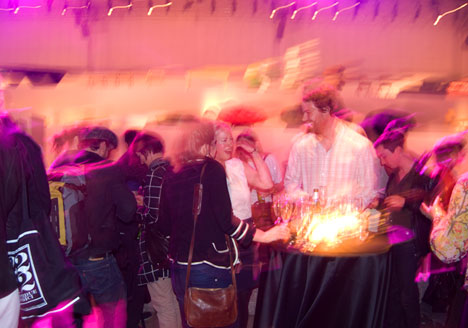 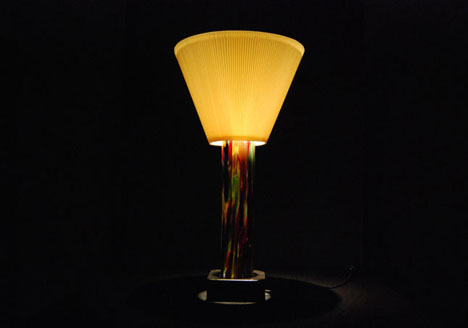 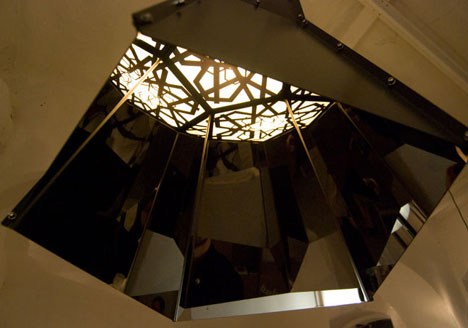 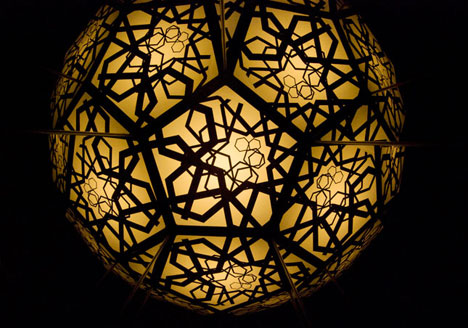