RISD on the Moon

Last week, RISD was the first art and design school to compete in NASA's 17th Annual Great Moonbuggy Race in Huntsville, AL and they didn't disappoint. The team of industrial design students took home the "Rookie Award" (for fastest course completion by a new team) and third place overall out of over 70 teams from around the world.

"Sponsored by the US Space & Rocket Center, the annual competition challenges students to design, build and race lightweight, human-powered vehicles that can whiz across a simulation of the rugged lunar landscape. Teams are judged by how quickly and easily their vehicles negotiate the twisting curves, treacherous gravel pits and other obstacles of a half-mile course riddled with some of the same challenges faced by Apollo-era astronauts in their lunar rovers."

The most interesting anecdote from the event, however, was not the impressive result by the RISD team but rather the commentary and the overall attitude presented by the interviewers in Huntsville. Throughout the entire video (above) the commentators continued to express their doubts in the team and their continued surprise that the team "had no engineers!"(and was doing so well?) 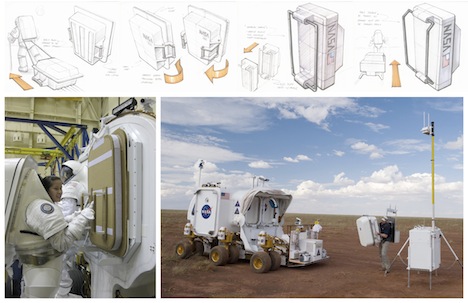 This experience is a testament to the continued sentiment that design is still largely regarded as an aesthetic discipline and that true innovation is to be left to engineers. Finally, the video closes with a great line (nearly muffled out by laughter) by one of the commentators that NASA should "consider hiring some Rhode Island School of Design graduates" with his partner sarcastically adding "why not, it could work." 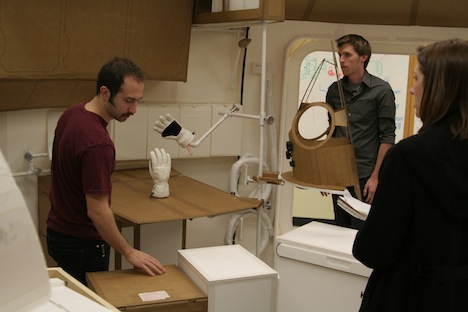 Ironically, RISD industrial students have been consulting for NASA for years in the annual "NASA Studio" and several students and graduated have been hired as interns and full-time employees to join the NASA design team year after year. So... maybe it does work?

RISD on the Moon