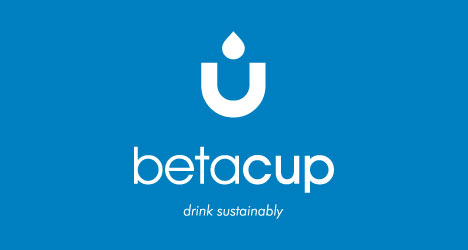 After three weeks, the Betacup Challenge is approaching the halfway point and going strong with over 152 ideas, 348 revisions, 941 comments, 1195 votes and over 1500 pending submissions. The challenge is asking designers to invent a means to dramatically reduce the wastage resulting from unrecyclable paper coffee cups, with a $20,000 prize to the two winners.

The competition will continue to accept entries until early June. Register here to submit an idea, or simply to browse and rate.

So far, entries have mostly gone one of two ways: either directly addressing the problem of the cup or suggesting ways to change consumer behavior through new corporate policies and structures. Last time we discussed a few of the non-cup solutions. But, as many competition entrants have pointed out, behavioral change is often slow, and a better, less wasteful cup is worth looking into. 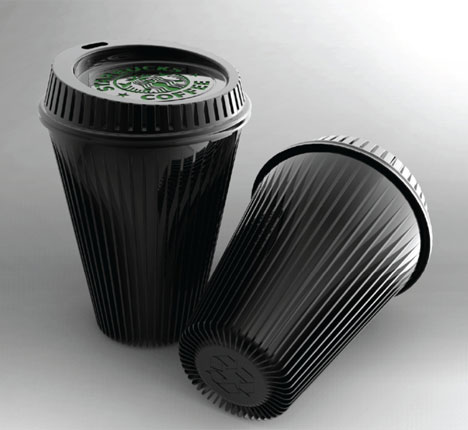 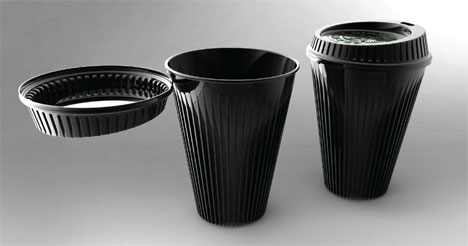 Of all the cup-based ideas so far, the Une Coffee Cup, submitted by Tom Fereday, is one of the most convincing. It doesn't attempt to do anything beyond being a recyclable coffee cup—this is what makes it good. The cup is 100% recyclable, made as one component, in one mold with one material, black polypropylene. The lid hinges, and plastic ribs around the cup's circumference create a cool outer surface. 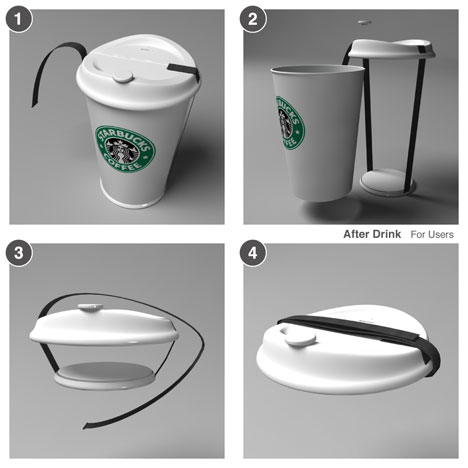 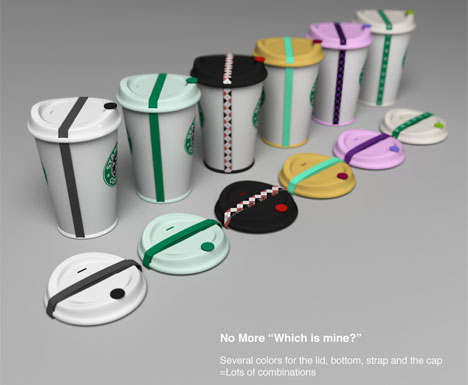 We also like No-Side, by Mac Funamizu. Instead of designing a collapsible cup, the portable system includes only a lid and a bottom, with an elastic band to hold a disposable cup body, provided by the coffee vendor. These cup bodies pack flat, expanding into a cylinder that fits on the base of the No-Side cup system. This paper element can be collected for a discount on your next coffee or easily recycled on the go. 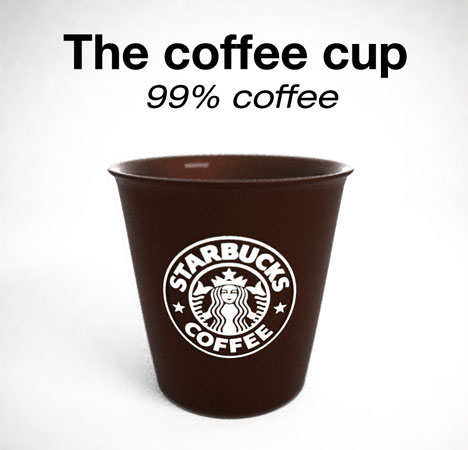 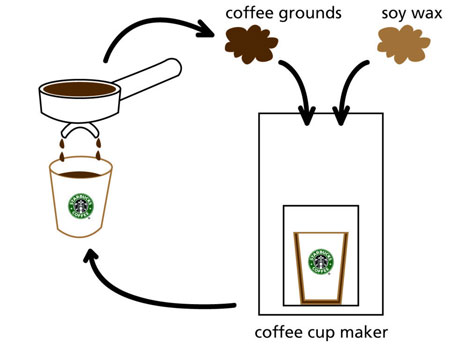 Finally, Manueldr's Coffee Cup is made from coffee grounds, pressed into a vessel by a special machine on the spot. Soy wax, a biodegradable material, would hold it together and provide a waterproof seal. Afterwards, the cup can biodegrades and can be added to a compost pile.