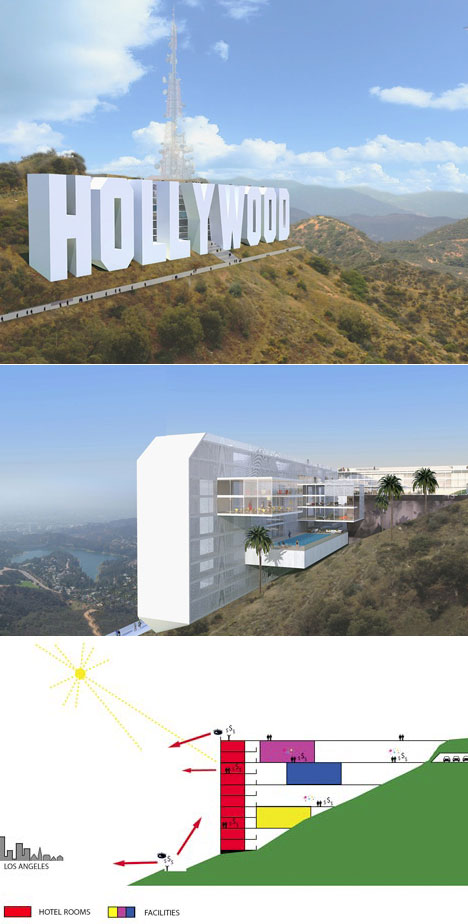 As far as I know the original "Hollywood" sign isn't anything close to the size depicted here, but you've gotta love Danish architecture firm Bay Arch's concept of turning it into a mixed-use commercial complex. The chief draw would be a 300 room hotel in the facade, but the nine letters would also house a wellness center and spa, a nightclub and of course, a movie theater.