Why headlights suck, and why U. of Florida researcher's new thin-film night vision tech could be awesome 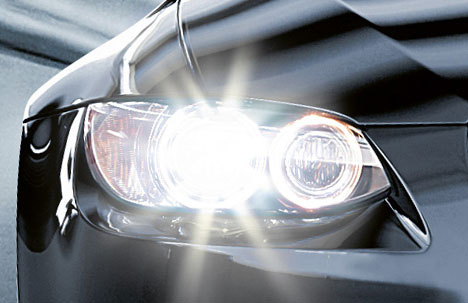 If you think about it, headlights on cars are actually a ridiculous solution. I'm sure they seemed a wondrous idea in the 1920s, but back then so did drinking bathtub gin.

During my first week of living in Japan some years ago, a local friend was driving us around Tokyo. At each stoplight I noticed the cars behind us would turn their headlights off. I asked my friend why. He explained that there's no need to have the headlights on when you're at a stoplight, as all they do is dazzle other drivers (not to mention pedestrians). The drivers there turned their lights off as a courtesy to the driver in front of them, so they're not getting a mirrorful of brightness.

I returned to New York a year later, in the late '90s, when SUVs were becoming trendy. It seemed like every time I stopped at a light, an SUV would pull up behind me, high-mounted headlamps shining full-bore into my mirror. I could practically feel my retinas cooking.

Here's why I say headlights are a ridiculous solution: Imagine it applied to pedestrians. Imagine we never used ambient artificial lighting, so every time the sun went down, we all just put on miner's helmets with a bright-ass light on top and used those. 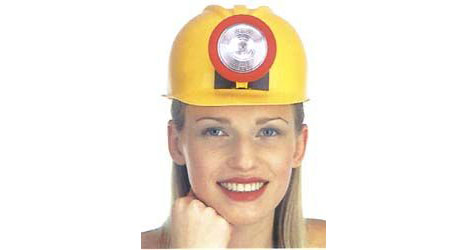 On sidewalks, in movie theaters, restaurants and offices we'd all be blinding each other all the time. If someone walking towards you didn't turn his high beams off you could play that little aggressive-aggressive game and turn yours on to blind him in return.

I don't know what the full solution is, but I think I've seen part of it. Scientist Franky So, a researcher at the University of Florida, has developed a paper-thin film based on OLEDs that can convert infrared light to visible light. What this means is that you could conceivably cover a windshield with this film and experience something like what you'd see through night-vision goggles. But unlike NVGs, So's technology uses hardly any electricity at all due to its technological makeup.

So's proof of concept is only about a centimeter square, but Discovery News reports that "It will take about 18 months to scale up the device for practical applications, such as car windshields, lightweight night vision eyeglasses and cell phone cameras."

If we did get rid of headlights, of course we'd still have the problem of alerting cyclists and pedestrians to oncoming traffic...although when you hear about people stepping into traffic in broad daylight because they're fiddling with their phones, you gotta wonder what you could do. Maybe approaching cars should automatically turn your Mobile Facebook off, that would probably get you to look up.

Why headlights suck, and why U. of Florida researcher's new thin-film night vision tech could be awesome