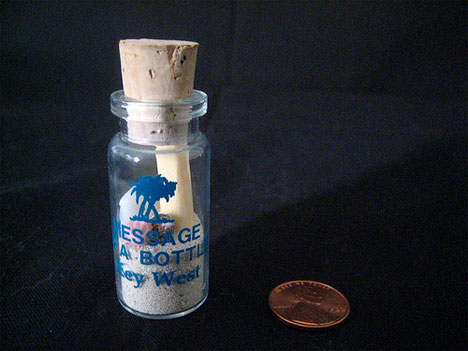 Version 3 of Significant Objects is wrapping up with a nice twist and a fantastic, hysterical piece by Wesley Stace, Corked Bottle. I love this story. I'm bidding on this object.

We were the unluckiest band in the world.

On reflection, and it's all I've got left, Key West was not a great name. I was thinking Ernest Hemingway and Tennessee Williams, Doug was thinking "Songs In The Key of the West" and all that, but that was right when "Margaritaville" went global, and it was too late to change. We were an edgy post-punk combo, reading the right books, listening to the left bands, and suddenly people were asking if our music was "Gulf and Western" and I didn't even know what it was.