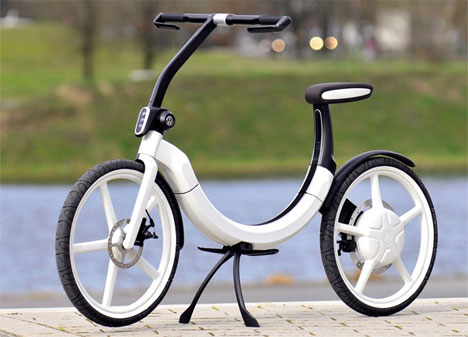 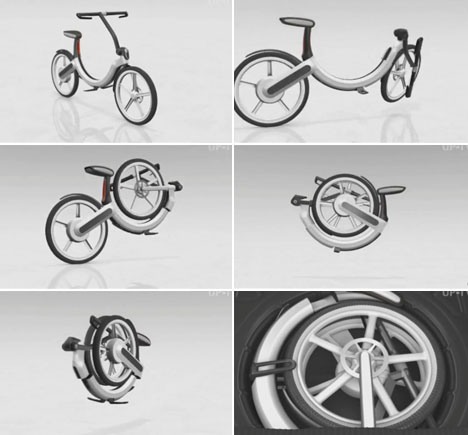 Check out VW's new electric bike concept, designed to fold into a circle that fits in the compartment previously occupied by the spare tire. (Fast-forward to 0:30 to see the bike, and 1:00 to see it folding up.)

With a range of 12.5 miles, the pedal-less bike is not meant to be a long-hauler, but it would make a neat accessory if you were touring, say, European cities; you could drive to one, ditch the car and buzz around on a bike to see the sights. And it's designed to be charged up by the car itself, meaning you don't have to find a wall to plug it into.

The bike was debute at the Auto China 2010 show, but no firm plans have been announced regarding actual production.