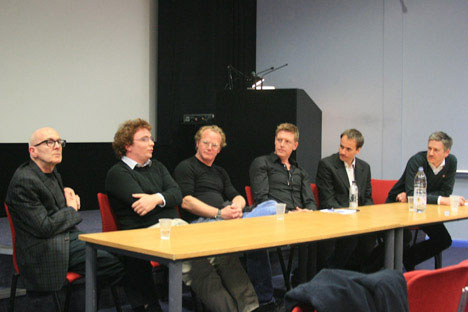 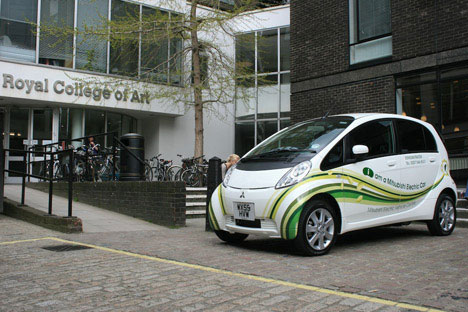 "Seriously now, where is the sustainable vehicle design?"

The notion of a 'new paradigm in car design' was the uniting theme behind talks by five panelists at London's Royal College of Art last week, who debated "Seriously now, where is the sustainable vehicle design?"

The timing is perhaps pertinent. Sustainability, and the search for the green car is the ongoing issue for an auto industry that is far from recovered from the crisis it underwent during 2009. Furthermore, as Peter Naumann's recent essay has pointed out, the car designer's role is oft reduced to tinkering around the edges—adjusting a crease line here, altering highlights by a millimeter there. Therefore the key question for the—predominantly student—audience in London last week, appeared to be how they reconcile their need and desire for employment, against a gnawing sense that the industry is increasingly out of step with wider society, and is simply too big and too established to affect meaningful change.

Certainly, there was broad agreement among the panel that a truly sustainable form of personal transportation is unlikely to emerge from an established automotive brand. Nico Sergent of Riversimple succinctly explained why: "The auto industry is very mature, they are large and so are good at inertia—they find it hard to change. But the world is rapidly changing - demand for mobility is increasing, yet at the same time decreasing resources are available, and the industry is increasingly regulated."

Sergent went on to explain how Riversimple's business model—based on open-source design development principals, and a leased mobility package based around a lightweight hydrogen car, incentivises the company to make their vehicle as efficient and long-lasting as possible, the inverse of what happens in the automotive world today. 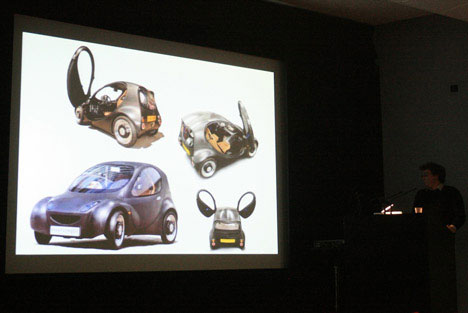 Yet in the context of sustainability, car companies have long protested that they are simply providing consumers with what they want. Implicit in this idea is that the majority of consumers still aren't truly interested in a sustainable car; something that RCA PhD student, Artur Mausbach, addressed. "Design must communicate the benefits of sustainability," he suggested, before warning that the industry's current business model is living on borrowed time: "Car design is locked inside a cage. It seems that car design has missed the change of pace of context, and the changing demands of the user. It is now haunted by increasing ethical concerns." 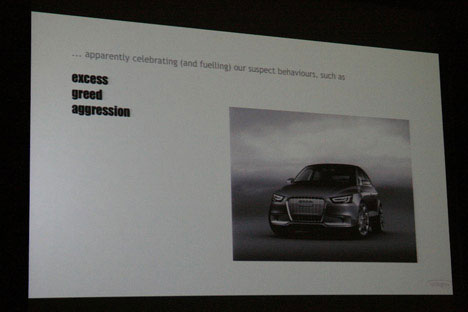 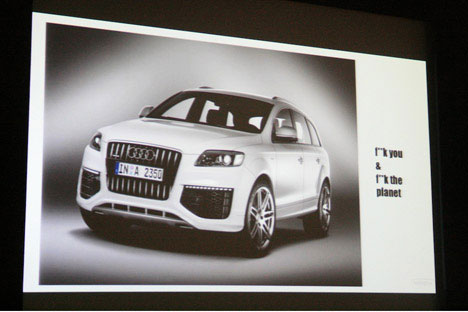 Top: Geoff Hollington on the Audi A1: "inevitably, it looks like it wants to kill you." Bottom: Hollington used the Audi Q7 as the example of how car design often communicates a 'screw the planet' mentality:

Geoff Hollington also focused on the importance of the designer's role in engaging consumers emotionally, citing it as the reason why "cars have not evolved in a logical way." Lamenting car designs of the last decade for appearing to "celebrate greed, excess and aggression," Hollington questioned why society, and design professionals were favouring such an approach at a time when "we are more aware than ever of our role in messing up the planet."Contrasting the "Venus"forms of cars of the 50s with today's "Terminator" Audi Q7 and A1 ("inevitably it looks like it wants to kill you"), Hollington pleaded for a refocusing of the transportation debate to one less focused on speed, arrival and aggression - pleading for car designers in the audience to "get people to fall in love with a different type of car."

Nick Talbot of Seymour Powell provided the lone voice of praise for the industry today and "the speed at which it has met the challenge of developing the electric vehicle." Yet his real focus was on an issue much discussed by critics such as Core's own Allan Chochinov—about the designer's complicity in encouraging consumption at an ever-increasing rate. Reducing product-cycle turnover by focusing on the development of higher-value, greater-longevity products was key for designers who wanted to help reverse the 'throwaway' attitude prevalent in western society, he suggested.

Most provocative of all the speakers was Rob Holdway of Giraffe Innovation who began by saying "Frankly, I think the car is unacceptable—we hear a lot about the sustainable car, but I don't think there is such a thing as a sustainable car." However, his talk became a rallying call, urging designers to "acknowledge their role in the systems thinking elements of design, rather than just a styling mentality." For a true model of sustainable mobility, designers should study Curitiba's bus system, he argued, reminding designers they "can be the most dangerous people on the planet but also potentially the most powerful." Echoing all who spoke, Holdway concluded by stressing that out of the current crisis, designers needed to seize the opportunity for change. 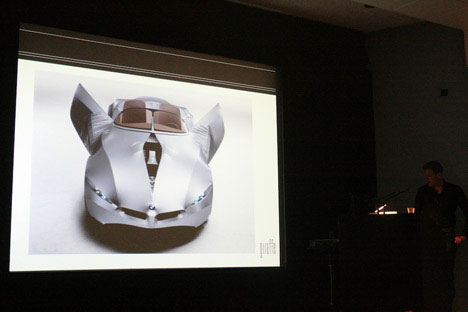 Rather than provide visionary answers to the original debate question, this event threw up two important questions about the wider practice of automotive design and its relationship to education. One might posit that any design education institution should be leading its industry, pushing boundaries rather than pandering to whims. From the RCA's perspective, the message to prospective students is clearly that those only interesting in designing the next sports car need no longer apply. Yet this approach must be balanced against reality, where students who have paid handsomely to attend courses are seeking to equip themselves with the relevant skills required for employment. The big question is what these skills now need to be. As Naumann has suggested "concentrating almost exclusively on developing stylistic skills in the vehicle design courses results in the kind of specialization that is now out of date."

This leads into a second issue, of the student's own expectations and aspirations. While historically, those studying on the vehicle design course have not viewed it as a finishing school as such, they have seen it as a passport to a job in an industry once viewed as highly prestigious. This too, is changing. As the lecture series organiser, RCA tutor Sam Livingstone, summarized to his students at the conclusion of the talk "as you have heard here, in the eyes of many, you are now right at the extreme end of a scale of people who do bad things." 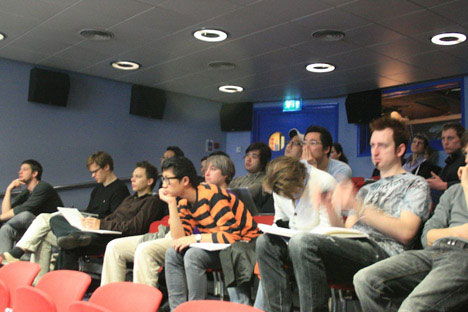 The question many vehicle students appear to be pondering is whether to join an industry many see as incapable of real change, and whether it is within their power to affect positive change from the inside. The alternative is venturing into different fields and new types of business altogether, where there appear to be greater opportunities to put to use their design skills to solve the key problems society, and the world of automobility, face today. On the evidence of the message from speakers at this event, the answer is clear: if you are truly interested in using design to affect change—for the planet and for wider society—you must plough your furrow outside of the automotive mainstream.

The Royal College of Art is hosting further "Vehicle Design Sessions" over the forthcoming weeks—looking at "Mobility needs, mobility wants" on 11th May, "Future forms" on 27th May, and "Women in Vehicle Design" on 1st June.

About the author: Joseph Simpson is an automotive critic and consultant working for Car Design Research—a unique UK-based design consultancy dedicated to providing automotive design research services to the industry.