Driven to Joy, by Gabrielle Esperdy 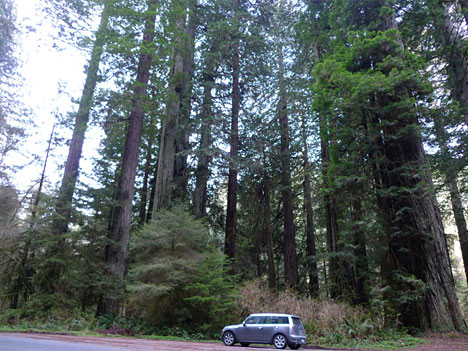 Next month, DesignInquiry convenes on the Maine island of Vinalhaven to investigate the topic of JOY. Gabrielle Esperdy sheds some light on the topic.

Although Thoreau called it "the condition of life," there is something faintly embarrassing about joy. Like sex, its necessity may exist in direct proportion to our lack of interest in discussing it. Or maybe this reticence is caused by our uncertainty about an emotion that is difficult to define. We know, for example, that joy is distinct from happiness. While happiness implies placid contentment, joy is more textured and intense, a vivid combination of exultation and delight. But this is still vague. Perhaps, then, joy is like the Supreme Court's notorious definition of obscenity: "I know it when I see it."

Thus, subjectivity comes into play when seeking a definition: one person's joy could very well be another person's sorrow. In describing the phenomenon of sound in 1945, Le Corbusier observed that it could be either "a conveyor of joy (music) or of oppression (racket)." Though Corbusier's purism favored absolutes, his distinction is relative. Think of the contrast between Beethoven's 9th and Glenn Branca's 13th, between "the ode to joy" of woodwinds and brass and "the mighty racket" of 100 electric guitars. Le Corbusier mentions joy only in passing, in an essay on "ineffable space." But this context is useful: one wonders if joy itself is somehow ineffable, that to speak of it is to destroy its effect.

BMW doesn't think so. In a recent advertising campaign, the automaker aligns itself with joy. In video voice-overs and flash animations, it throws a long list of modifiers in joy's general direction: timeless, freedom, innovation, aesthetic, moving, youthful, inspiring, collectible, defiant, impatient, and dynamic, concluding in gushing terms that joy is "the greatest and most human feeling of all." If the descriptors are unsurprising, the tag line is more significant: "What you make people feel is just as important as what you make, and at BMW we don't just make cars, we make joy." Here, the automaker deploys joy as an emotional state that is attainable through a material product as a 1:1 connection. Drive a BMW, the ad copy implies, and experience a surge of pleasure and delight.

BMW is not the first automaker to make a literal connection between joy and design. In 1951 Soichiro Honda declared "the three joys" as his company's new motto. Writing in a house organ, Honda addressed joy with an unvarnished directness missing from BMW's PR. For Honda, the three joys included every aspect of car manufacturing from design to promotion to consumption. The "joy of producing" is what the engineer felt in contributing to society; the "joy of selling" is what the dealer felt in promoting a superior product; the "joy of buying" is what the purchaser felt when using the product in daily life. Joy, Honda concluded, is "the garland that is placed upon the product's value." The earnestness and sincerity of Honda's garland metaphor captures an essential aspect of joy that may be as relevant at the start of the 21st century as it was in the middle of the 20th, if only we could pin it down.

Before Honda there was Volkswagen, whose original name was the KdF-Wagen. "Kraft durch Freude," or strength through joy, was the National Socialists' leisure organization and an effective promoter of the people's car after it was introduced in the late 1930s. By the time WWII was over, however, the KdF was regarded as little more than a Nazi propaganda-machine and joy's automotive associations with power were severed for good. By the time another German company found joy in making cars, nearly three-quarters of a century later, the joy was far less muscular. While it is tempting to blame the Nazis for our discomfort with joy, this is not really accurate. The KdF-Wagen survived for decades without Freude: as the Type 1 VW it was in production until 2003. And a few years later, whether it was post-unification reconciliation or convenient cultural amnesia, BMW decided to rehabilitate joy.

It is worth noting that BMW's embrace of joy occurred at the exact moment it dropped a tagline in use for three decades: "the ultimate driving machine." That the company, without retooling its product line, shifted from precision engineering and high performance to uninhibited touchy feely excitation as smoothly as a 750i going from zero to sixty is more than just corporate PR. Surely it reflects some kind of profound cultural turn. Rationalism and emotionalism have surrendered the mutual exclusivity forced on them by the Enlightenment and emerged as a pair of joy-inducing correlates that would make Henry Ford roll over in his grave.

Ford, after all, was the carmaker who complained in the late 1920s about having to sell cars in anything but basic black: "We are no longer in the automobile, but in the millinery business." Ford's lack of interest in responding to consumer desires is indicative of a broader failure (one that helps explain the long gap between the Model A and the Mustang): while manufacturers can shape the zeitgeist, they must also reflect it. Either way, design is in the driver's seat and joy is the destination.