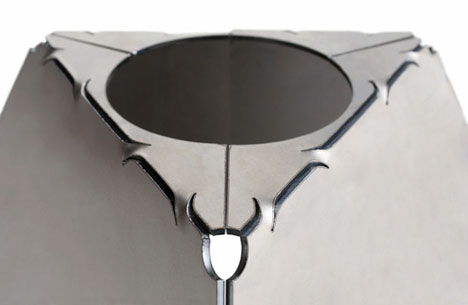 Founded in 2002 by manufacturing designer Max Durney and now gaining traction, Industrial Origami has come up with a strong, simple, brilliant, and relatively inexpensive way to build things: By precision folding sheets of aluminum and steel. 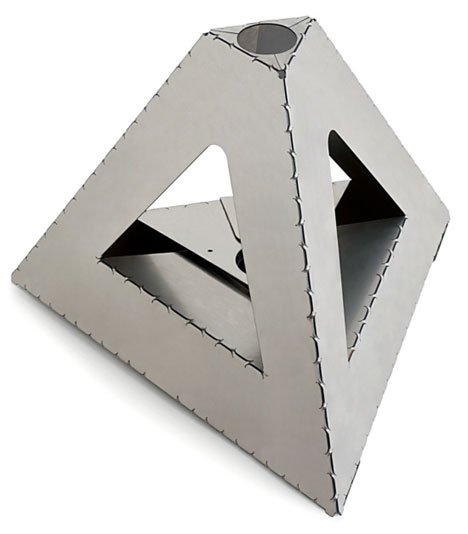 As reported by Barbara Taormina in Energy Digital,

An Industrial Origami designed product starts as a sheet of metal that has been pre-shaped and perforated along the folds with the company's signature smile cuts. Those sheets are sent to shop floors where assemblers fold them into the working forms. Industrial Origami's fold-and-build method eliminates the measuring, cutting and welding and bolting that usually goes into producing parts.

The company says it can save manufacturers anywhere from 20 to 50 percent on materials, and 25 to 45 percent on labor. And, because parts travel as flat sheets, they are easier to handle and cheaper to ship. Prepping parts with a coat of paint before they are folded is also much faster and easier than painting built or assembled components.

"Industrial Origami profoundly changes the way products are designed and manufactured," said Patrick Sheehan, a partner at the London-based Environmental Technologies Fund, one of the first groups to invest in the company. Industrial Origami has raised $32 million in venture funding and it is hoping to convince investors to put another $20 million more into the company this year. 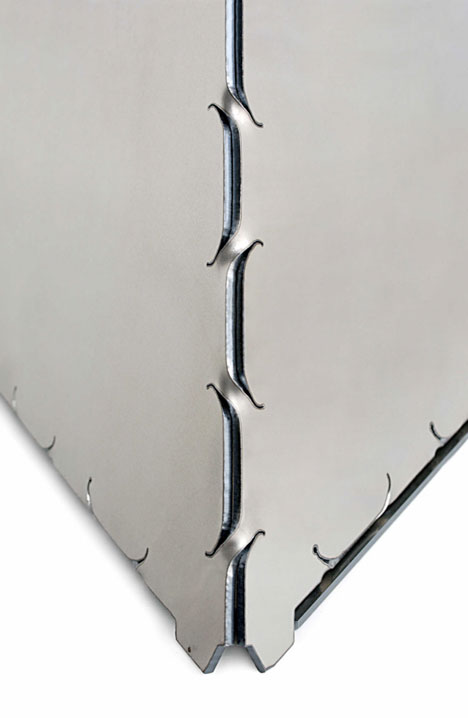 The technique provides parts with surprising strength, in addition to the benefits listed above. Industrial Origami has already lined up big-name clients like Bentley Motors and Whirlpool and has some 254 patents to date. Production method geeks can read more about the process, which is also applicable to certain plastics and composites, here.