New telepresence robot could use some help in the design department 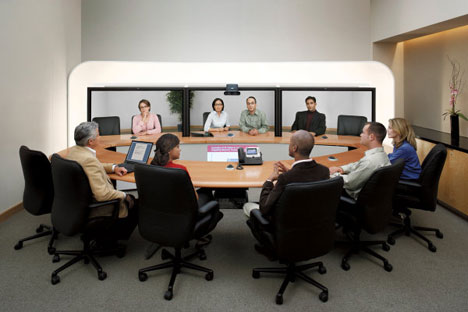 We all understand the point of videoconferencing: You save money on flights and hotels, reduce your carbon footprint by traveling less, yadda yadda yadda. Systems like Cisco's TelePresence, above, are supposed to provide the next best thing to a face-to-face meeting without the jetlag (and, due to product placement, it's apparently good enough for the President of the United States on this season's 24). Videoconferencing is also a currently "static" experience, meaning it's usually done by people sitting at desks. Is that a problem?

A California-based company called Anybots thinks so, and thus they've developed a "telepresence robot" that is something like a webcam on wheels. The idea is that the user can remotely control the robot; for example, you could be sitting at a desk in California maneuvering this thing through a trade show in Chicago and interacting with people. It sounds exciting or at the very least interesting...until you see the design of the thing: 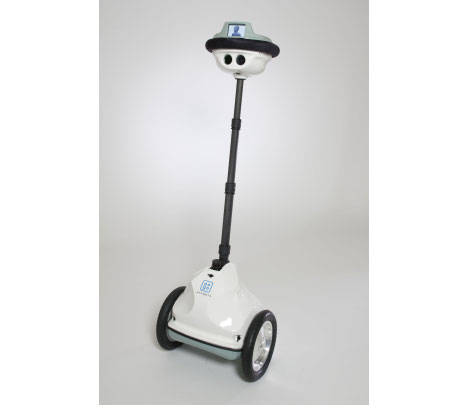 Anybots' aim is low cost, so the devices will go for roughly $15,000 a pop as opposed to the six figures you'd need to get into a top-of-the-line teleconferencing system. And clearly, whatever money the company has saved on production of the 'bots was slashed from the design budget.

In any case, if you've got six minutes to spare here's a video explaining the concept. It will require some patience to view as there's both an echo effect and construction noises in the background:

New telepresence robot could use some help in the design department