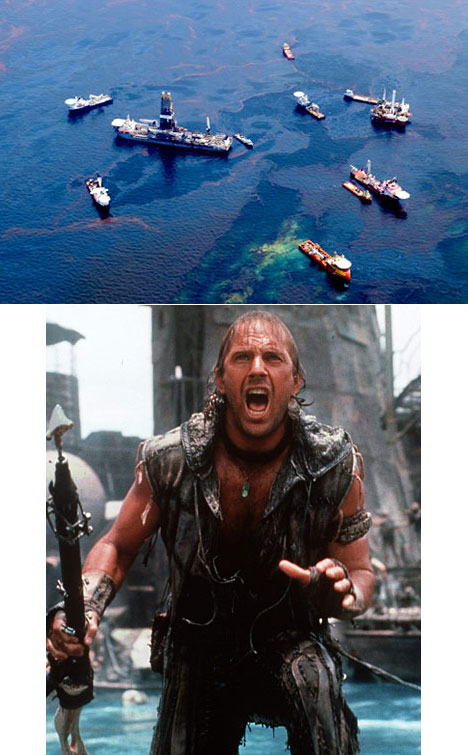 This has to be the weirdest thing we've blogged all month: In a story that's been decades in the making, it turns out movie star Kevin Costner may be cleaning up BP's disastrous oil spill in the Gulf.

Not by himself, of course. After the 1989 Exxon Valdez spill off the coast of Alaska, Costner (along with scientist brother Dan) developed "Ocean Therapy," a massive shipborne device that cleans oil from seawater through a huge centrifuge. Something like a large vacuum cleaner, the largest Ocean Therapy device can suck in 200 gallons a minute and eject seawater that's 97% clean.

Over the years Costner has sunk $26 million of his own money into the Ocean Therapy device, developing some 300 of them, all of which have sat largely dormant until now. But BP, pressed for solutions, has agreed to test six of the devices.

In 2007, [Costner] told London's Daily Mail that he had blown millions on "technologies I thought would help the world" and had nothing to show for it. "I've lost $40 million-plus," he said. "But I knew that if I was right, it would change things in an incredibly positive way." Last week, he was in Louisiana seeking redemption, demonstrating his Ocean Therapy contraption. "I'm just really happy that the light of day has come to this," Costner said.