Why Design Now? Thoughts on the 4th National Design Triennial 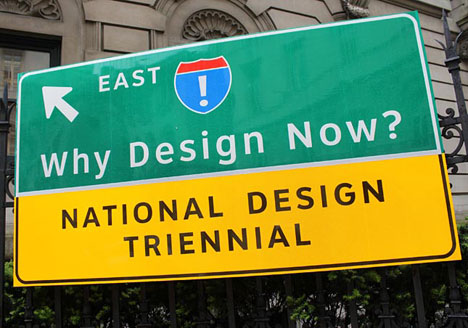 Why Design Now?, the Cooper-Hewitt's fourth installment of the National Design Triennial, zeroes in on the segment of design that attempts to solve our biggest social and environmental problems. To best exemplify the international cooperation that lies at the heart of this outlook on design, the curatorial team extended their scope from domestic to global. Consequently, this show is the biggest yet. One hundred and thirty-four projects run the gamut from water-based eyeglasses to self-propelled high-speed rail.

An interest in environmentally- and socially-responsible design is not a prerequisite for visiting and enjoying the show. There's something for everyone. If you're not so taken with giant infrastructural proposals, fashion, new materials, and furniture are just around the corner. For me, the impressive Z-10 Concentrated Solar-Power System designed by Tarazi Studio, the demonstration of the New York Times Visualization and Interaction projects, and the Vertical Village by MVRDV were among the show's highlights. 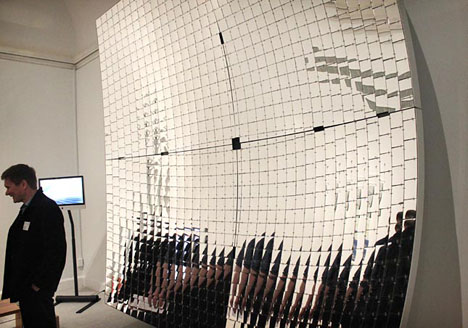 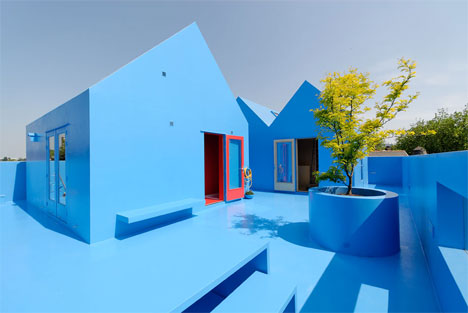 But, why design now?

The exhibition catalog suggests, "designers around the world are answering this question by creating products, proposals, buildings, landscapes, and messages that address social and environmental issues and opportunities," but there's a disconnect here: the designers haven't answered this question, they've only responded to problems and opportunities specific to their practices and contexts. The one hundred and thirty-four chosen projects represent just as many attitudes about design, and it's up to the Cooper-Hewitt to digest these and offer larger answers to the big, broad question they've posed. Unfortunately, the quote mirrors the stance of the Triennial: that the projects say enough on their own. They're left to fend for themselves in the sea of the exhibition, and, without sufficient explanation from the museum, it's difficult to understand them beyond face value.

If the Cooper-Hewitt's role is to clarify and present design to the general public, it's not a good sign that even a designer had difficulty parsing the message. This is not a problem of content, but one of form; the situating of the projects should be as important as their selection. 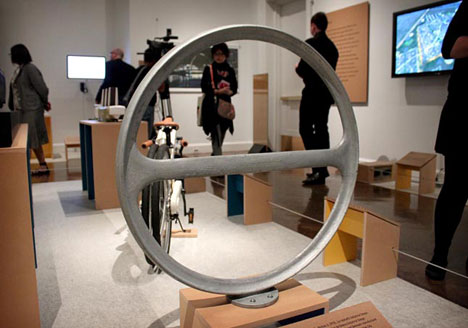 One particularly illustrative example is the inclusion of the NYC Hoop Rack, a circular bike rack by Ian Mahaffy and Maarten de Greeve. The project was the winner of NYC CityRacks, a competition sponsored by the New York City Department of Transportation, the Cooper-Hewitt Design Museum, Google and Transportation Alternatives. Great, but why is this included in the Triennial as an iconic example of new design?

According to the museum's description, "a lack of secure bike parking is the main reason why people do not cycle to work." Again, makes sense, but this particular bike rack is cited as being an "elegant, no-fuss, minimal design" with nothing mentioned about how it addresses the lack of secure bike parking—other than being a bike rack, of course. Is it more cost-effective? Easier to install? More difficult to circumvent?

This piece was included to represent CityRacks' initiative to install five thousand more bike racks throughout the city—a story about the overlap between urban transportation, government institutions, capital, design, and visibility. But why should this be up to the visitor to deduce? The museum should have been more explicit about why this rack is important, why it was selected, and what the implications of the project are. Without clear analysis or placement, the Cooper-Hewitt misses an opportunity to show off a wonderful initiative and spark a conversation about pathways to developing new transportation infrastructure. 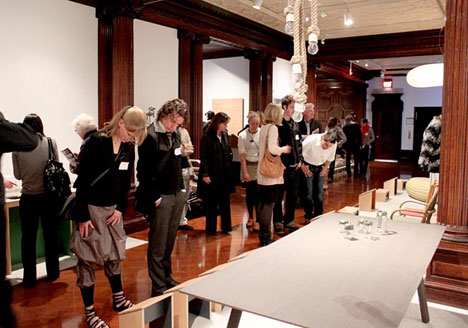 The show is organized into the categories of Energy, Mobility, Community, Materials, Prosperity, Health, Communication and Simplicity. These aren't bad, but offer little additional information when they easily could. The audience doesn't need to be told that projects about power are about energy, or that bicycles, trains and electric cars are about mobility. "Community" is made up entirely of architecture, which is confusing. And "Prosperity" refers to projects that respond to the needs of poor communities, but is grouping them together really the best way to show them? 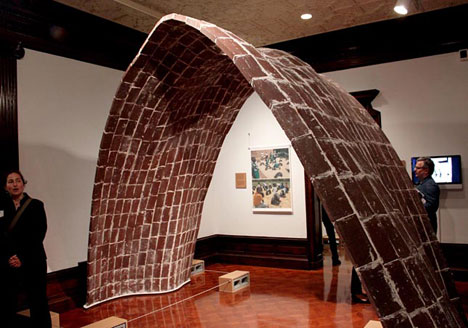 A considered reorganization might provide more insight into the material. For example, the Mapungubwe National Park Interpretive Center, built using a 700-year-old tile vaulting construction method, is currently filed in "Community." Contour Crafting, a 3D-printer that outputs concrete, lives in "Materials." But, when exhibited together, these projects speak to the application of building technology—new and old—to fluid forms. Likewise, the previously mentioned NYC Hoop Rack ("Mobility") could elicit a completely different reading if displayed alongside the Center for Urban Pedagogy's Vendor Power! posters ("Communication"). Both suggest the importance of legibility in urban experience, whether in a system of bike racks or vendor law. The categories and sequence should bring provocative relationships like these to the surface, instead of leaving them at the simplest defaults. 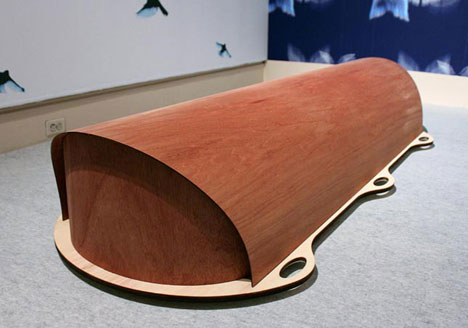 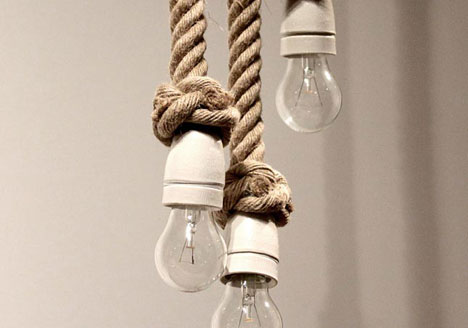 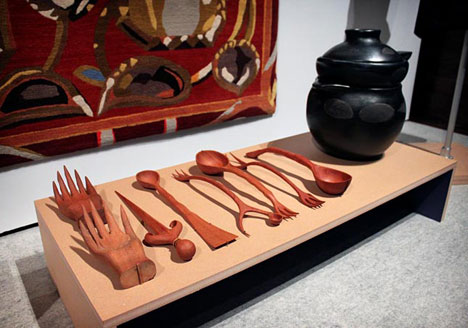 Without a series of clear viewpoints anchoring the exhibition, two other, slightly troubling themes begin to emerge.

A folksy quality is ever-present, characterized by the use of DIY and craft materials like clay, plywood, rope, and carved wood in projects such as Greg Holdsworth's Return to Sender Eco Casket, David Trubridge's Island Seat and Cloud Light, Christien Meinderstma's Hanging Lamp, and Tjord Boontje's Witches' Kitchen Collection. In Holland Cotter's review of the show for the New York Times, he calls this aesthetic "comely" and implies that it's a result of prioritizing function over form, but this is generous. There's no reason that pragmatic, environmentally- and socially-conscious work should have to be comely. This is a particular visual style that is used to suggest "green" values, and extends to the exhibition design itself: the vinyl wall text is stuck to roughly-cut, honeycomb cardboard sheets. Barriers are made from cinder blocks incased in medium density fiberboard with steel tension cables running between them. The combination suggests that a responsible design must also have a handmade, earthy aesthetic.

At the other extreme, wild visualizations of the future stood out as a second motif. These include IwamotoScott's HydroNet, a rendered vision of San Francisco's power distribution network in 2108, Masdar Development, an Abu Dhabi city planned and built from the ground up to be the first zero-waste city in the world (also a rendering), and the E/S Orcelle Cargo Carrier, a solar- and wind-powered cargo carrier proposed by Wallenus Wilhelmsen Logistics. Unrealized, visionary proposals often propel progress, but the way these concepts are presented feels as though they are being naturalized as the present, without much critique, doubt, or comment. This is dangerous—at what point do we put design's wildest (socially and environmentally beneficial) dreams in check? 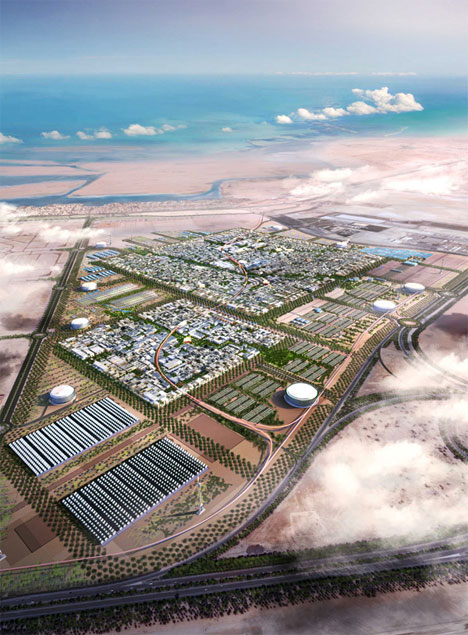 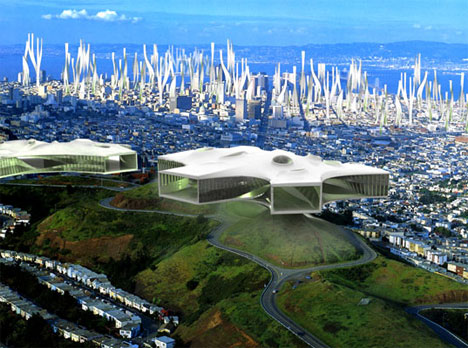 To the Cooper-Hewitt's credit, these criticisms may have more to do with the nature of the beast than the institution that adopted it. There is no doubt that a triennial is a difficult thing to pull off, especially as our understanding of design continues to grow, fragment and merge. The object produced by a designer, for example, may not be the most important part of the story—if there's even an object to display at all. Often, the cultural and technological narratives that underlie the design may be more interesting. In other cases, new, unseen relationships, interconnections, and systems may be where the real action is. Figuring out how to present such complex work is perhaps more difficult than answering "Why Design Now?," and admirably, the Cooper-Hewitt has taken on both. I look forward to the next iteration.

All photos by Glen Jackson Taylor.

Why Design Now? Thoughts on the 4th National Design Triennial