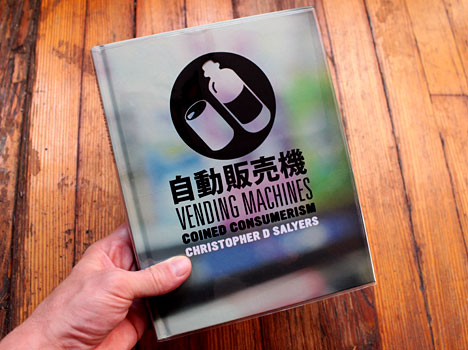 Despite the erudite and thoughtful historical introduction and the literally hundreds of context-rich photos of machines in-situ, fate, of course, would have the Core77 team first open Christopher Salyers new book to the full-bleed photo of a Japanese "used" panty vending machine. Attacking that subject with the academic rigor it deserves (?), Vending Machines: Coined Consumerism notes that Japanese law requires licensing for the sale of used goods, so a mango scent is substituted for the real thing. While the sale of used panties in a vending machine might be due primarily to cultural factors, what can't be denied is that Japan's demographic trends (urban population density and an aging populace coupled with technological sophistication and relative affluence) point toward where most First World countries may be headed in the near-future. So while cosplay costumes (Japan - page 17), gold coins (Germany - page 26) and an automated hair straightener (Scotland - page 30) may not be reaching the masses anytime soon, things like beach-adjacent board shorts dispensers (US - page 32) and cloudburst-ready umbrella dispensers (Britain - page 31) have a certain logic. Just don't expect walking vending machine robots (Japan, of course - page 40-41) to take over the world quite yet. 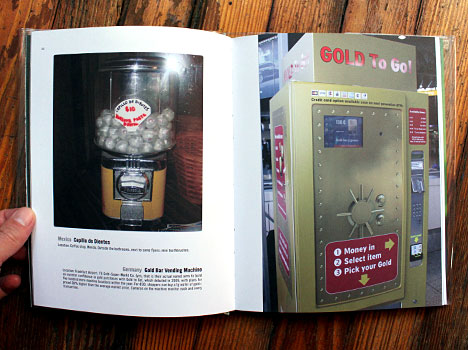 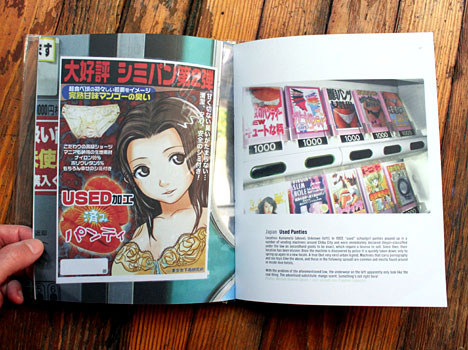 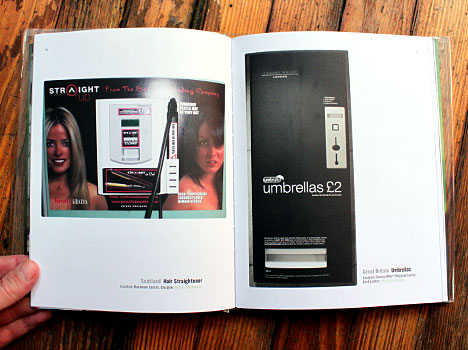 Salyers breaks the vending machines into several categories: "Weird World," "Japan is the Future," "Capsules Candies & Claws," "Retro Vending," and "In Soda We Trust." Each section is separated by essay content, including a rather thorough historical overview in the introduction. From there, the Weird World section is by far the most fascinating, with all of the quirky products listed above coming from that section. Photos vary from glossy professional shots of a "car vending machine booth" to the author's own more candid travel shots. Some of them, such as a pizza vending machine that purports to knead its own dough and make the pizza from scratch in 3 minutes promise a future that might actually be preferable to Sbarros and a heat-lamp. Most of the jobs that these vending machines replace aren't exactly jobs people love, and for some products (like the umbrellas), the vending machine fulfils its purpose during the rain, but won't be bored or dissatisfied on sunny days. 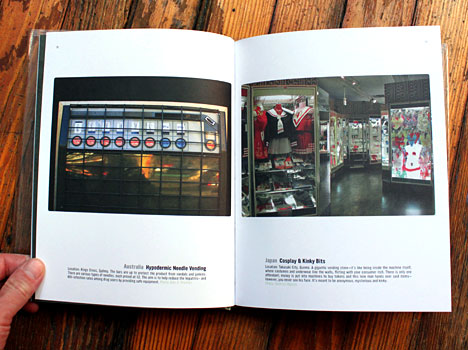 In its last sections, however, Vending Machines turns backward looking. The section on Capsules & Claws highlights curious products to be dispensed rather than fascinating mechanics. Retro vending highlights decaying lipstick dispensers and other oddities, with unbelievably deflated prices that hearken back to bygone days. Finally, the "In Soda We Trust" section documents the ubiquitous soda machine across a variety of cultures and locations. While the product is familiar, the form factors vary from utilitarian (Europe), garish (US), and busy (Japan). 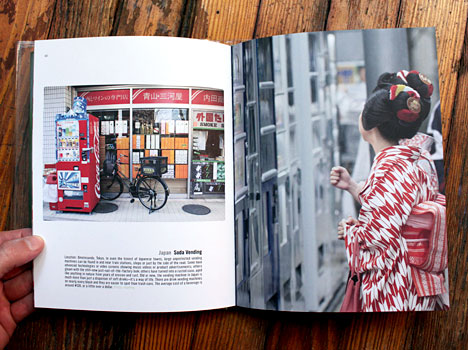 Overall, Coined Consumerism is an odd book documenting a strange cross section of business. While the early sections present an almost voyeuristic insight into curious human behavior across cultures, the latter sections display a more kitsch sensibility or a Walker Evans style man-on-the-street journalism. From an industrial design standpoint, more emphasis on the mechanics and the early sections would have been greatly appreciated, but as a coffee table book of ephemera Salyers probably got the balance just about right. 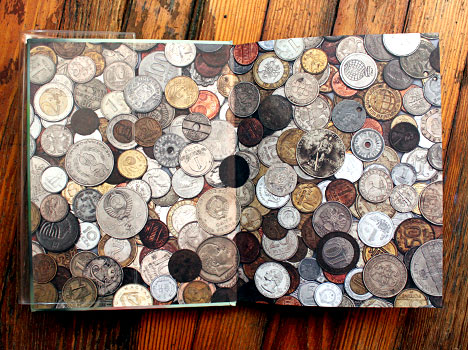