While the iPhone has famously captured a large chunk of the largely urban smartphone market, it is still industry giant Nokia that equips most of the rest of the world with cell phones. A product they've just announced that ought to be a big hit in your average dusty rural village is their bicycle-powered phone charger: 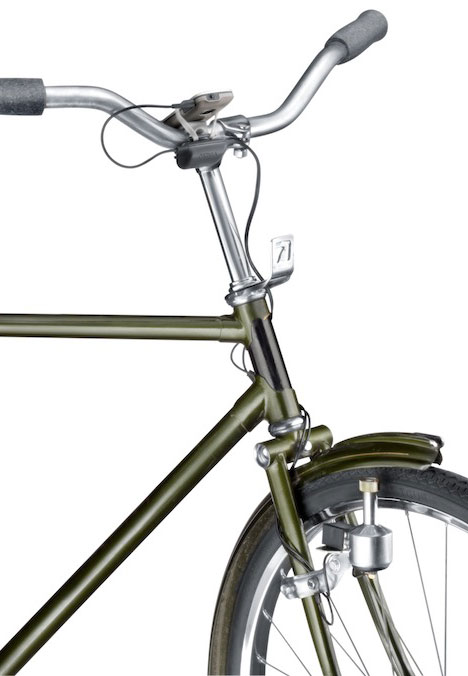 Power comes from a small dynamo contacting the front wheel and attached to a small circuitry box, juice flows north through a cable, and the phone is attached to the handlebars via a large rubber band. Simple, useful, and a huge boon to the millions of cell phone users worldwide without easy access to a steady supply of electricity.

via gadgetlab and nokia conversations