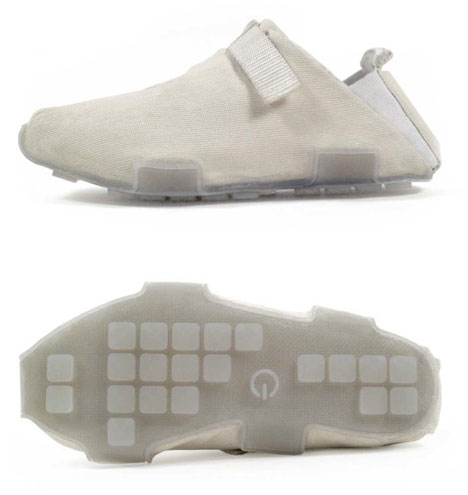 Shoes that generate electricity when you walk, a sleeping cap that transmits your dreams, a shirt that serves as a touch-sensitive input device; these aren't actual products, but concept prototypes by artist Alex Dodge, going on display next week at Brooklyn's Klaus von Nichtssagend Gallery. 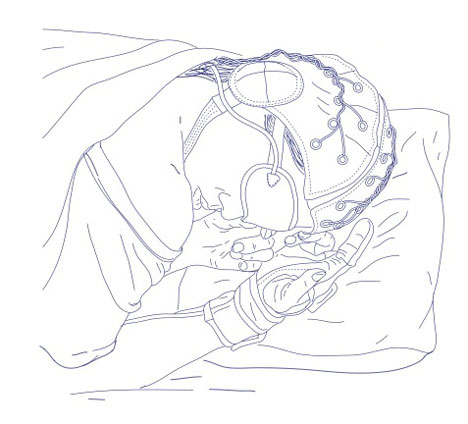 Alex Dodge's third solo show with the gallery extends the artist's interest in the relationships between humanity, technology, art, and design by presenting a collection of concept prototypes developed in collaboration with Brooklyn-based tech start up Generative. 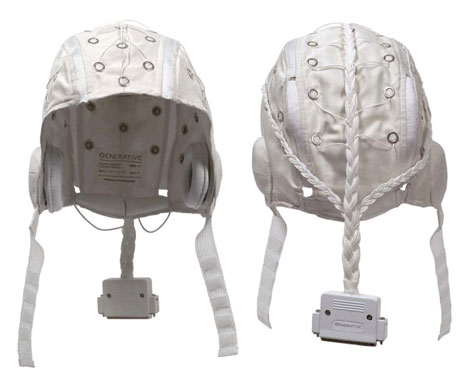 Each of these works address the notion of passive interfacing; engaging the human body through acquiescent means. While some works appear inspired by science fiction, such as his Sleep Talker dream interface, which intends to allow users communication with others while sleeping, other works are perhaps more accessibly clear-cut, like Dodge's shoes that generate electricity with each walking step. 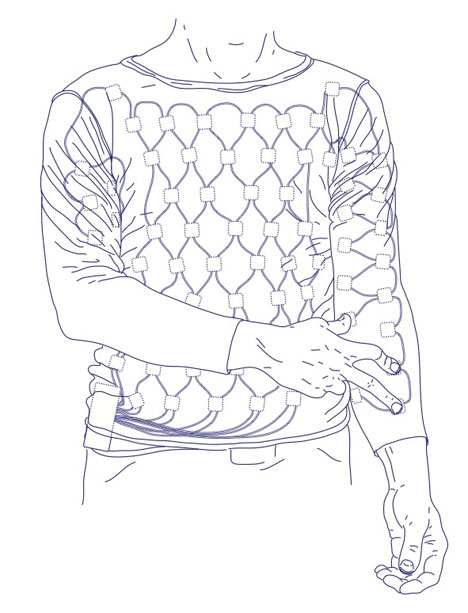 The unique prototypes developed by Dodge may range in their levels of functionality, but are presented here as art objects and design objects on equal standing. While a designer might focus on creating mass-manufacturable products, envisioning that they bring people one step closer to a utopian ideal, Dodge's objects fetishize the technological imperative, or the inevitable hybridization of man and machine, as something worthy of appreciation in itself. This exhibition serves as a natural progression from Dodge's more traditional artworks, which have typically been engaged in a dialog concerning technology and its means of altering human experience.