Hyperbole aside, it's hard for us not to get excited about a product whose launch video kicks off with footage of the lead industrial designer on the project and fills it out with plenty of manufacturing-porn shots. 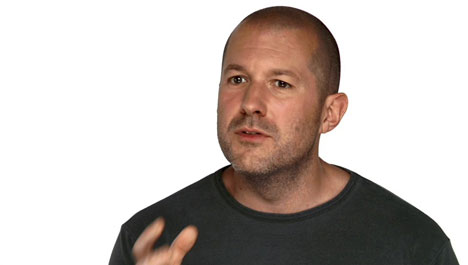 Jonathan Ive references the fact that Apple has engineered a new strain of stainless steel, the edges of which do double duty as both the housing and the antenna. New "aluminosilicate glass" reportedly 30 times harder than plastic makes up both the front and the back surfaces. And we're digging the chunky metal buttons that Dieter Rams would've hastened to press.

Other than that, there's a bunch of new stuff on the inside that we'll leave up to the tech blogs to break down, as we're primarily interested in the industrial design of the thing, not the geeky guts. From a user standpoint, the resolution has been increased four-fold to present a hyper-sharp display. An LED flash has been added for the camera, and it can be turned on continuously for recording HD video, which now comes in at 720p. There's also a new videoconferencing feature that I hope my parents don't find out about, or else I'll be defending my wardrobe on a weekly basis. And they've incorporated some type of switching feature between the dual cameras (front and back) so you can switch the visuals from your mug to whatever's in front of you.

The device will hit store shelves on June 24th.