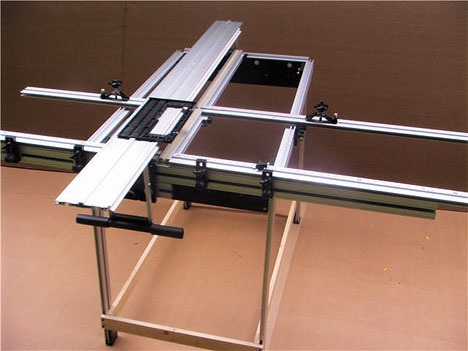 Contractor Carlos Osorio has 1.5 million dollars that he can spend with seven fingers. The flooring installer severely damaged one of his hands while using a Ryobi table saw, then sued the company for "defective design" and won a settlement, causing a flurry of debate in woodworking blogs and forums: Was it Osorio's fault, or Ryobi's? One thing is certain: There are reportedly around 38,000 accidents involving table saws each year, or about one every 14 minutes! From now until this time tomorrow, another 104 people will have gone to the emergency room with a table-saw-related injury.

Enter Eurekazone. We first covered this New-Jersey-based company and their Smart Woodworking System back in 2008 and interviewed founder Dino Makropoulos around the same time. His is essentially the story of an inventor using clever design to replace an existing, well-entrenched system of products, and the challenges faced therein.

Since founding the company in 2000, Makropoulos has been working towards a massive undertaking: Replacing the table saw--the main workhorse of many carpentry, woodworking and modelmaking shops--with something easier to use, safer, and cheaper. At its barest, the replacement comes in the form of a "Smart Base" that attaches to any plain ol' circular saw. The saw and base then ride on a guide rail, suddenly turning a rough device into a precision tool. 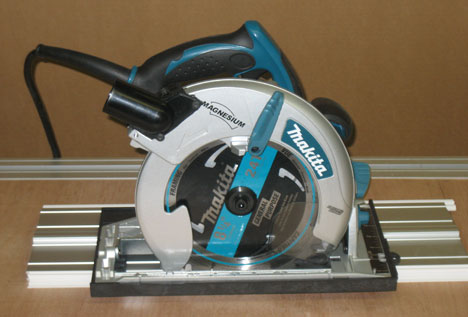 His incremental improvements and expansions to this system have led to its most developed form, the EZ One Powerbench seen in the video below. 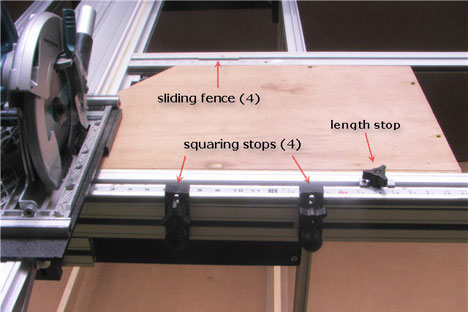 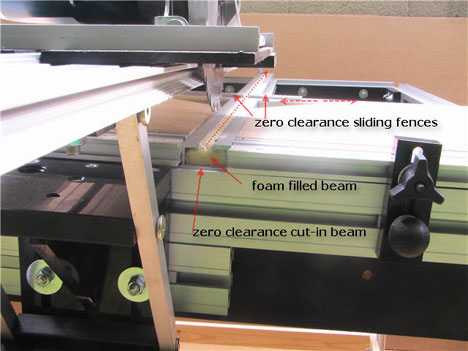 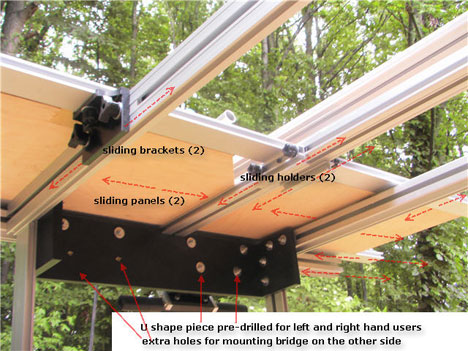 By going through woodworking forums, you find that Eurekazone's system has gained an Apple-like small but fanatical following, and opposition as well; old-guard woodworkers who have invested thousands upon thousands on big-ass tablesaws do not take kindly at all to an invention that promises to supplant their tool for a fraction of the price while improving the safety record.

In a bit of timely luck, Eurekazone put the finishing touches on their latest product, the EZ One Powerbench, around the time the Ryobi lawsuit started making news. The Powerbench is essentially a series of aluminum extrusions, assembled in such a way that you have slide-able stops and support along three axes; you can then attach a circular saw or router and cut virtually any size of wood in any direction. With table saw manufacturers now under fire and growing awareness of the tool's inherent danger--and financial liability--Makropoulos seems to be getting close to his dream of replacing the table saw at last.

(In my efforts to cram in information, the video comes in a bit long; those already familiar with Eurekazone's system can fast-forward to 2:03 to see the Powerbench.)

Makropoulos realizes he has an uphill battle ahead of him and that the widely-used table saw will not be an easy incumbent to unseat. But he plans to target trade schools, the educational market and even ID department woodshops, hoping that a new generation of woodworkers, unencumbered by history, will see the wisdom in a safer, faster, and less expensive tool. What school could say no to that?