Core77 seeks your original snapshots of Imperiled Icons so we can eventually build a massive gallery. We still haven't received many usable submissions, so please, keep 'em coming! (Instructions at the bottom.)

I'll put up the first few we received, mostly in an effort to urge you to contribute.

We're going to call this guy John, since that's normally where you see him. 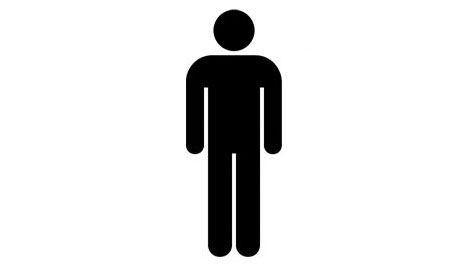 John goes to an industrial laundry in L.A. and makes the mistake of entering one of the machine's drums. While trapped inside, he goes crazy: 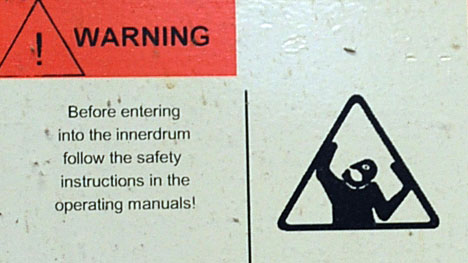 He also stands where he shouldn't, underneath a machine, and decides to stick his hands into the machine: 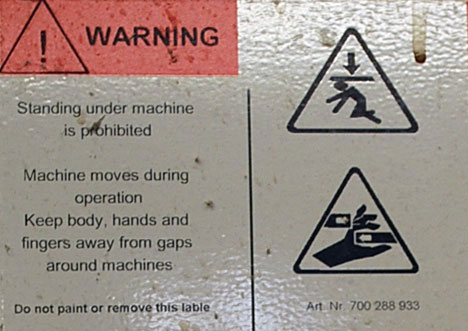 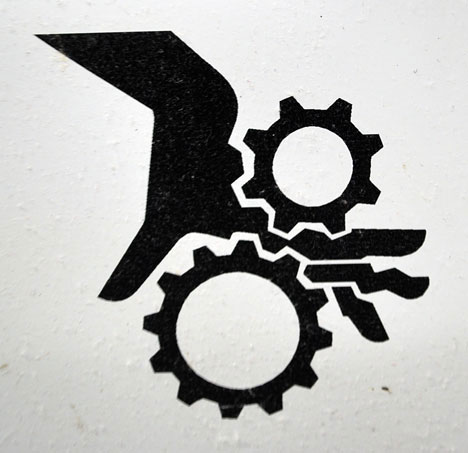 While unwinding on the links, John gets glass in his eye from an errant golf ball, though if you ask me it's really not his fault (see explanation): 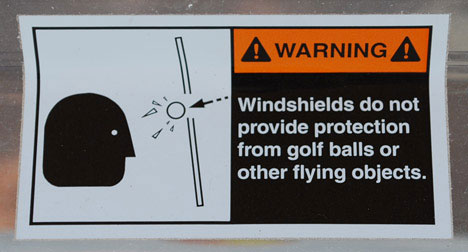 "The sticker was located beneath the windscreen of a golf cart which I thought was a huge design fail. Primarily because it's a known hazard that golf balls will hit golf carts yet the material chosen for the windscreen obviously isn't robust enough to withstand the known hazard of golf balls hitting it. So, the best solution was this sticker making the occupants more aware." --submitted by Jerry Elmore, USA

John goes to Korea and leans against the lift doors, then gets the opposite of a lift: 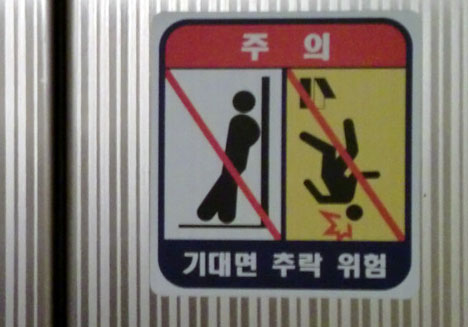 A drawing of a guy too complicated-looking to be John, warning of an electrocution risk: 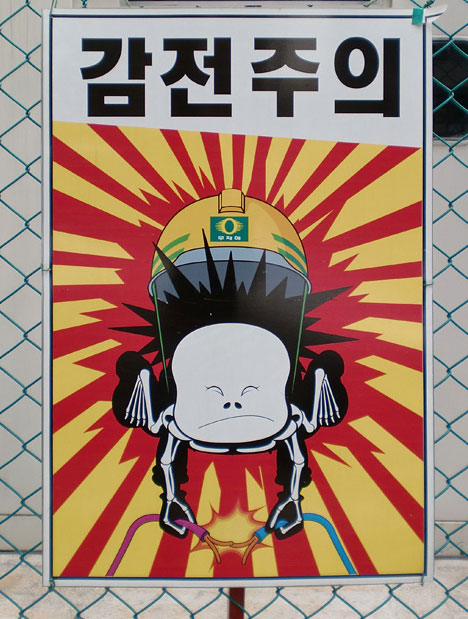 Somehow despite his idiocy, John gets a job at freaking CERN in Switzerland and is overcome by gas (explanation below): 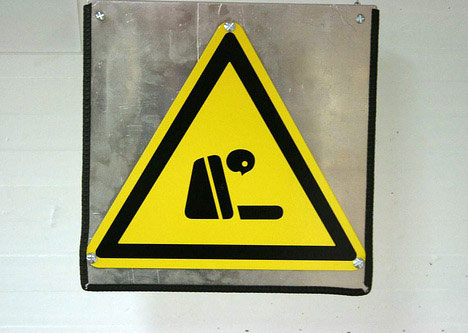 "I shot it at the LHG installation of CERN in Geneva, Switzerland. I believe the explanation was that when the machine is turned on a high quantity of gas is in the air, making you sleepy and eventually suffering death." --submitted by Martin Kuipers, Netherlands

John looks too far over the edge of an Irish cliff and learns about gravity. The frenetic, surprised body language presumably implies John is not willingly committing suicide: 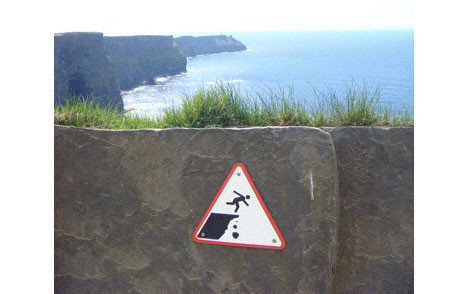 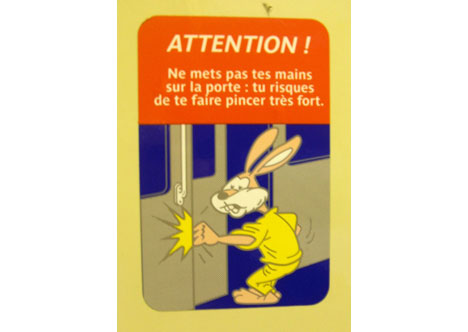 --submitted by NM from UK

Folks, please send your original snapshot of an Imperiled Icon to: