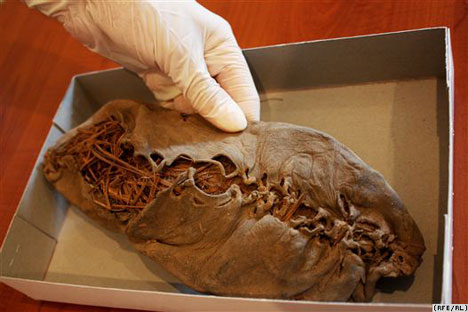 That's the world's oldest shoe, found by archaeologists in a cave in Armenia. The darn thing is 5,500 years old, made of a single piece of cow leather, and features rough eyelets through which there are actual laces.

The Nike Air Caveman has been dated to roughly 3,500 B.C., the same era in which man is thought to have invented the wheel; perhaps the shoe was invented because the Fred Flintstone style of starting and stopping ancient cars was hard on the feet. 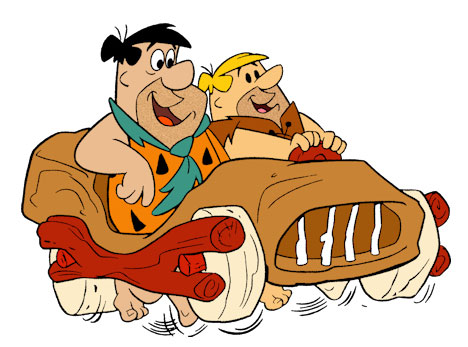 But the odd thing is that while the shoe is almost perfectly preserved (due to a combination of consistent cave temperatures and a healthy layer of sheep shit), there is only one of them, the right shoe.

Then again, in the back of this particular cave, the absence of a left shoe isn't the strangest thing they came across; that would be the three pots filled with children's skulls, jaws removed. Looks like the world's oldest serial killer didn't like going barefoot.