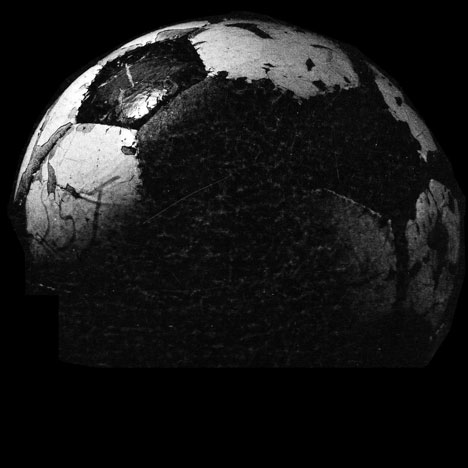 The plight of the soccer ball will be familiar to product designers and consumers alike: Here you have this object that seemed to work fine, but now it keeps relentlessly evolving into new forms even though you may have been completely happy with the one you grew up with.

So why muck with a good thing? Core77 decided to take a look, from a design perspective, at some of the changes undergone by the ball in the last 30-some years. Here's what we found: 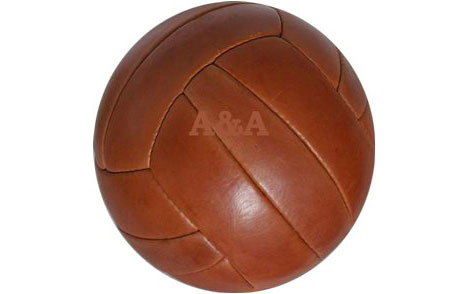 This is the stitched leather ball used in the 1966 World Cup, designed by British manufacturer Slazenger. It is often referred to as having 18 panels, but in some photographs it appears to have 24 or more. But whether it's 18 or 24, the question is: Why so many panels? 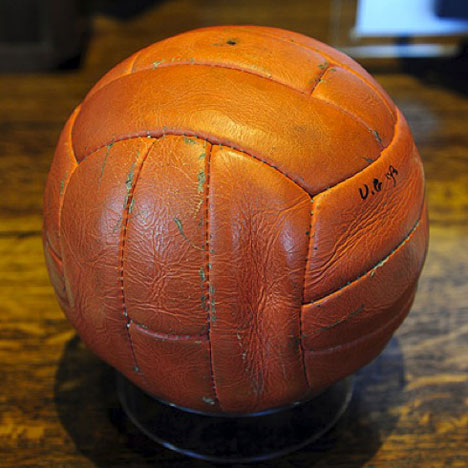 Well, from a manufacturing perspective, if you have something flat (like a piece of leather) that needs to assume a spherical shape, it will begin to stretch in some places and wrinkle in others as you shape it, creating inconsistency; so the more small pieces you break it into, the less warpage you have in the end product. As for that bland color, it was simply the natural color of the leather. Not very telegenic.

As matches increasingly became televised, the telegenic problem was solved in 1970 by Adidas with the advent of the high-contrast black and white design. 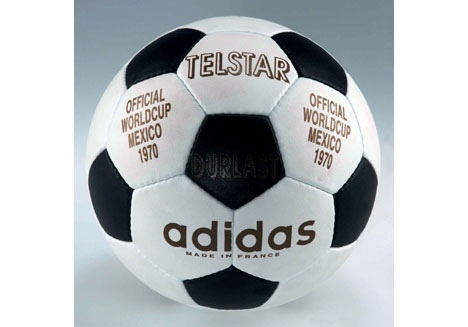 This was chosen specifically so spectators watching black-and-white televisions could clearly see the ball, with the black accents on a white background revealing the ball's direction of spin. The pentagons-on-hexagons pattern of 32 panels, called an icosahedron by math geeks, would remain part of the design for many years. Adidas would remain the official World Cup ball manufacturer to the present day. 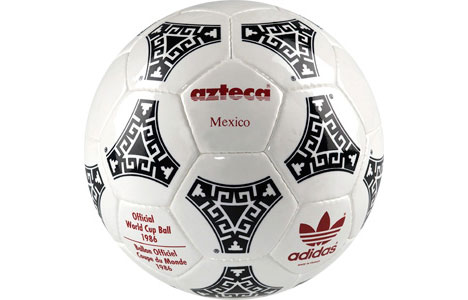 It wasn't until 1986 that leather was finally swapped out for a synthetic material, to prevent water absorption. Water could still theoretically enter the ball through the stitching, but the synthetic outer material would not absorb water the way that leather would.

The Questra's story is perhaps the most fascinating.

The World Cup of 1990 was considered by many to be a drab affair featuring teams with belligerently defensive mentalities and, as a result, very few goals scored. Spectators were bored.

Worringly for FIFA, the '94 World Cup was scheduled to be held in soccer-unfriendly America, where sports fans were used to relatively high-scoring games like basketball and American football. FIFA, worried the event would be a failure and a huge loss of ad revenue if viewers failed to tune in, asked Adidas to inject some excitement into the sport of soccer by redesigning the ball. The idea was that if more goals were scored, and spectacular ones at that, Americans would talk the games up. 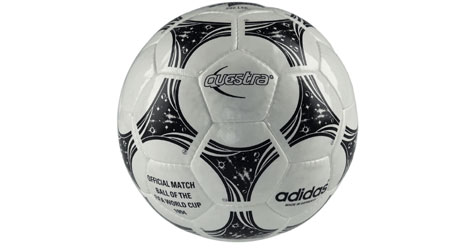 Adidas responded by adding an unspecified blend of five materials and a polystyrene foam shell, making for a lighter, softer, and more responsive ball. Players had better control and could kick the ball farther and harder. Spectacular goals did result and, predictably, goaltenders hated the thing.

By 2006 it seemed as if the ball had been designed by Karim Rashid. 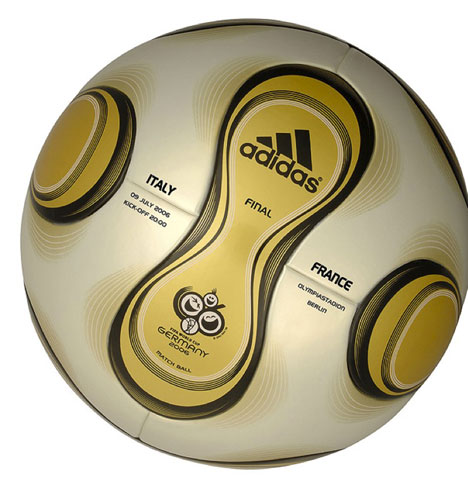 The 32-panel icosahedron was replaced with just 14 curved panels of Rashid-esque shapes, bonded together rather than sewn; the new watertight bonds admitted no water to the inside, so the performance of the ball did not change in the rain. And because the panels were curved before being bonded together, as opposed to flat material stretched into the shape of a sphere, the designers claimed it was the roundest soccer ball ever.

Interestingly, the ball was originally designed to include some type of transmitter for an electronic tracking system, but this proved unworkable in trials and was scrapped.

So, that brings us to the current ball, the much-maligned Jabulani. Stay tuned, as this will require its own entry.