Masamachi and Sigi from Antenna Design were at NeoCon this year to launch their new office furniture system for Knoll, called Antenna Workspaces. The system eschews the normal panel based cubicle system that Knoll is known for, instead promoting a more open office environment. Inspired by the designs and philosophy of Florence Knoll herself, Antenna wanted to bring the fun, openness and humanness of earlier office concepts back to the contemporary workspace, while staying within the bounds of a conventional office system. 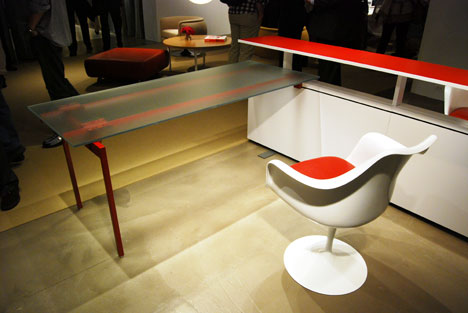 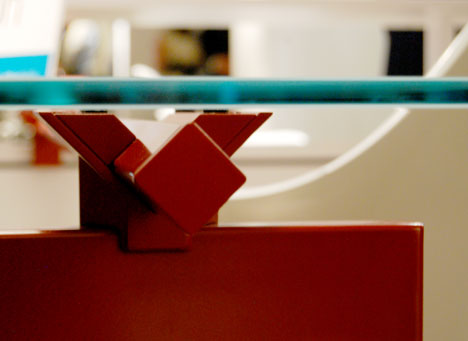 Antenna Workspaces consists of three main components: a steel square tube turned 45 degrees to become a continuous rail, a standard steel leg that emphasizes thinness over the typically bulky legs of office furniture, and a handsome, unique bracket that holds the rails and legs together. This hardware holds the rails above the legs letting them run continuously to any length. This versatility is unusual in office furniture, where dimensions are usually based on strict modules, and allows for easy adaptation to lofts and other non-traditional workspaces.

This simplicity and adaptability didn't come easily; it's the product of several years of work and research. The original concept Antenna developed for Knoll in 2008 was based on a more conventional panel system. The rails, instead of running continuously across the legs, followed the perimeter of each work surface to allow different components to clip on from below. The result was an expensive, high end system that was based on rigid modular dimensions. This concept was dropped for a number of reasons (including the economy imploding in late 2008) and Antenna started anew with a focus on flexibility, efficiency and openness. The understated results are quite satisfying, and might be the first office furniture system I have seen that I would want to buy for myself.

Take a look at the video to see Masamachi and Sigi explain it themselves. 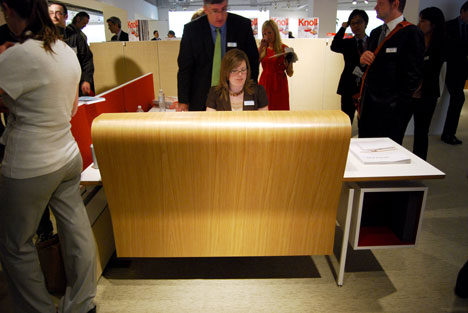 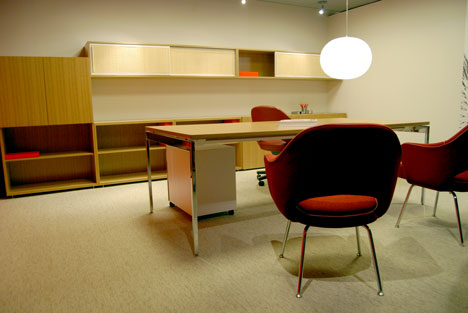 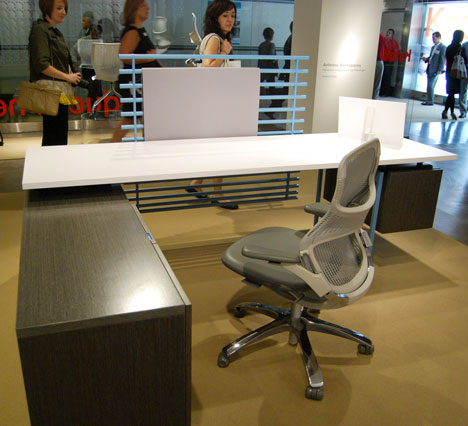 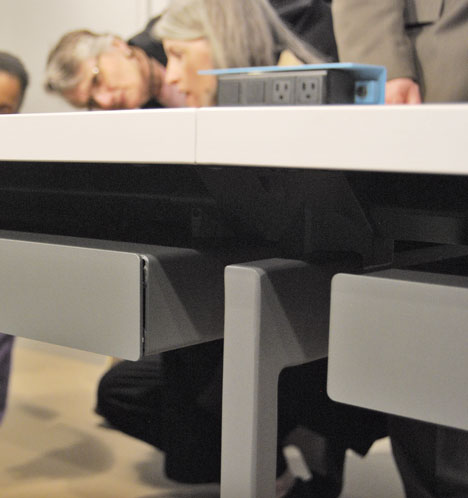