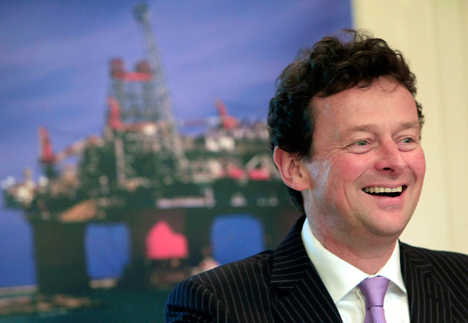 The other day as I sat in a hotel room in Milwaukee watching Anderson Cooper grow more and more telegenically indignant about the BP oil spill, I found my thoughts returning once again to a growing list of recent governmental and institutional failings. The entries on the list are familiar to us all: the housing bust, the credit crises, the ensuing job losses and now, the apparent lack of oversight that may well have led to the Deepwater Horizon fiasco. The plot twists have become so common over the past two years that they threaten to lose their ability to shock and alarm us. You know the story: large federally regulated industry makes naughty with oversight body leading to mayhem and merry making at the taxpayer's expense. Sitting there in Wisconsin, a flickering thought tripped me up; at the heart of this series of catastrophes might well lay the design brief for the next 50 years: Empowering, leveraging and generally flat out exploiting community to effect social and economic change.

Attribute it to social media, dead simple organization or maker culture writ large, but after years of anemic political engagement, citizenry and social engagement are back in fashion. This recent turn of events couldn't have arrived at a better time. Not for society at large or for design as a profession. Throughout the economic downturn, designers used their newfound idle time to ponder the future focus of their profession, to reassess what it was they were so doggedly pursuing with design, not to mention 'within' design. Case and point: Project H. Drawing a deep contemplative breath, a generation of designers looked up from their monitors and found something lacking. Entrepreneur? Design Auteur? Corporate advocate? There were, it seemed, too few options on offer. In a world of increasing complexity, mounting uncertainty and expanding individual possibility, the formal paths forward appeared perversely antiquated. One could attribute this realization to the perennial impatience of design, or perhaps the Millennial workforce's penchant for meaning in their work—but maybe it just comes down to simple economics: if you're going to ask someone to work twice as hard for half the job security, they may well surprise you by asking for something in return. This weariness, this tedium—it wasn't just confined to design. It was merely design's reflection of a broader more fundamental shift. Today in vast tracts of the world, we find ourselves with a populace that has been systematically fed the sedating promise of upward mobility; a promise that, for more than a generation, made inconvenient realities, such as flattening wages or the widening of income gaps—all the easier to tolerate. But that promise has been revoked. Not only are we coming to the realization that limitless wealth generation isn't possible, the tab that supported this collective delusion has come due. This bleak state of affairs isn't without opportunity. For amidst all this unprecedented upheaval, we find ourselves in historic possession of both the means and the will to effect change. Today between the disillusioned and the unemployed, we are awash in human capital; an army of potential change agents looking for purpose and something to do. Add to this mix the fact that it's never been easier to coordinate or communicate and you've got the makings for deep social change—not to mention a more equitable alignment of power. Don't believe it? Check out Shirky on cognitive surplus or Daniel Pink's recent musing on intrinsic motivation; Google DIY Citizenship, Us Now, the Big Society, or Lemonade the movie. It's pretty clear that in a wired world alienation is hard to maintain because it's so easy to rant.

So what does it mean for design? To be honest I don't fully know. But it seems safe to assume that a stew of environmental catastrophe, governmental failure, poor regulation and flat-lining wealth creation constitutes a legitimate game changer. I'm equally confident that the options for design within this seismic disturbance will require a lot more humanity and a liberal dose of humility—after all design has a checkered history with social planning. That not withstanding, I remain optimistic. Today we have new models to work with and new behaviors to mine. For all the concerns about a la carte information fostering isolation, connected culture has also demonstrated that it can also be intrinsically inclusionary; seemingly drawing us forward toward some heightened state of empathy. I used to believe that the future would be defined by a condition of amoral morality, an ethical stalemate where transparency and instantaneous communication kept all players in check. Now I see the potential for another version of this future, one where infotainment acts as a sort of gateway drug—leading us in spite of ourselves toward knowledge and quite possibly enlightenment.