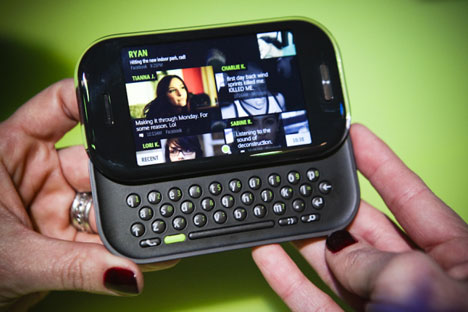 Just a few months ago we asked if Microsoft could successfully pull off their new line of mobile phones, the Kins. The answer came in quicker than we thought it would, and that answer is a resounding "No."

Microsoft has pulled the plug on the Kin just six weeks after the things hit the market. You almost feel bad for them--while the iPhone sold roughly 1.7 million units in its first three days, in six weeks the Kin has reportedly sold "more than 1,000" units. Jeez Louise. In Microsoft's world 1,000 is nothing; that's only 1,000 more units than I sold, and I don't even make mobile phones. They spent hundreds of millions of dollars, and I almost tied them.

So what's the lesson here, folks? I didn't find the design of the objects to be offensive, so I don't think the failure came at the physical design level--do you think they failed at the research level, the usability level, the raw emotional desire level, the pricing level? For their part, CNET says that "despite a few innovative features including streaming music and a Web-based companion site, the Kin phones were criticized for missing key features, such as a calendar, as well as because the monthly fees for the phone were as high as more capable smartphones."

What strikes me most is that despite their investment, they're not trying to rejigger the Kin, just killing the project altogether. Your thoughts?