We need electric fleets (and limobuses will do in the meanwhile)

It's an understatement to say it will be tricky to fully convert America's drivers to alternate-fuel or electric cars, largely because of infrastructure; there are gas stations everywhere, and the cost of laying down new electricity-charging points, hydrogen stations or what-have-you seems insurmountable when viewed in macro.

I also think that a large part of the problem is perceptual. I'd argue that the majority of Americans use their personal cars for fixed commutes within well-defined boundaries (encompassing home, school, work, shopping, and extracurriculars, the very definition of a community), and a minority use cars for long-haul road trips where you need remote refueling stations. Until a solution emerges for that latter problem, it seems obvious that a good way for alternate-fuel cars to make inroads--the kind of "I see those things everywhere" mentality that may lead to greater mass uptake--is to appeal to the former group. 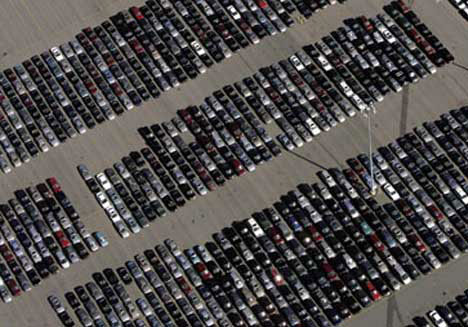 That will admittedly be a tough sell to the average American, who likes to feel like they can pick up and go whenever they like, even though they may never do so. So the step before that is to start converting fleets.

All cities have fleets, scores of identical cars that drive within tightly-defined limits, whether they're government cars for official use, police cars, ambulances, or postal trucks. There are also scores of commercial fleets--to use New York City as one example, there are hundreds of thousands of taxis, delivery trucks and repair vehicles that live their entire lives within the five boroughs--i.e. a charging station would never be far off, if the city or dispatchers themselves decided to invest in one. 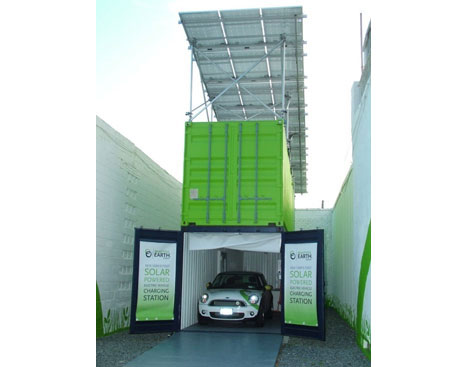 New York City has taken some small experimental steps with electric and hybrid cars for police, taxis and sanitation, which you can read about in greater detail at this link, and is even testing out a solar-powered electric vehicle charging station (photo above) built by the Beautiful Earth Group. But these are baby steps. 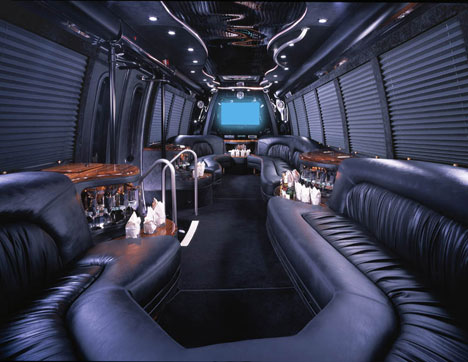 I'm more interested to see things like this morning's news about the Electric Car Company Inc., which has just been awarded a contract by the humble-sounding Don Brown Bus Sales Inc. to convert 25 bus chassis into electric-powered limo buses. The contract is admittedly small--a "mere" $750,000--but since ECC Inc.'s subsidiary Imperial Coach Builders (the company doing the actual converting) is "well known to be one of the premier designers of limobus interiors in the United States" and the Don Brown company carries one of the largest bus and van fleets in the Northeastern United States, I'm hoping that this blossoms into a major trend.

We need electric fleets (and limobuses will do in the meanwhile)