Kevin Scott's bike design gets around the theft problem

I'm not sure about UK slang, but in America if I tell you "I'm gonna wrap my bike around a pole" that means I'm gonna crash it. But Kevin Scott, an industrial design student at the UK's De Montfort University, means it in a different way. 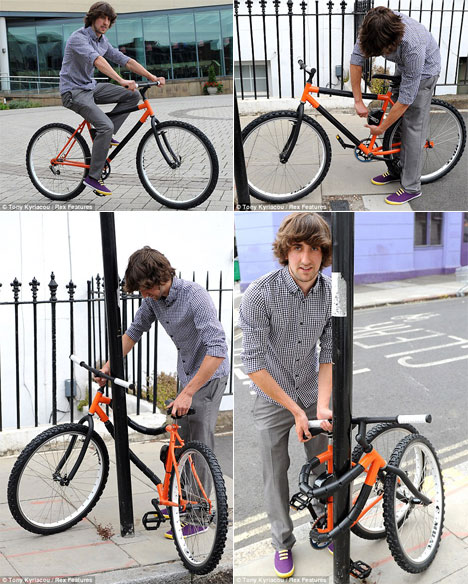 Scott has designed a bicycle that the user wraps around a pole literally. A ratcheting mechanism transforms two parts of the bike's frame from stiff to bendable, and once wrapped, a single bike lock can be passed through both tires and the frame, which Scott hopes will decrease the bike theft rampant in London and so many other of the world's cities.

For his troubles, Scott won Runner-up in the UK's Business Design Centre New Designer of the Year Award. Which does not mean he's done with the bicycle design; he's dumping the award money back into the project for further development.

Kevin Scott's bike design gets around the theft problem