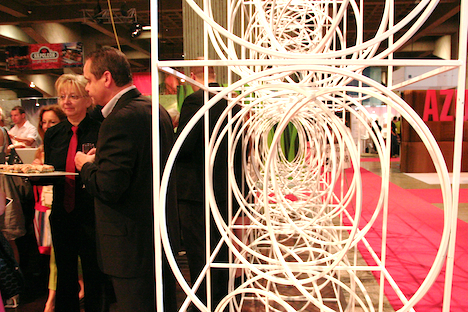 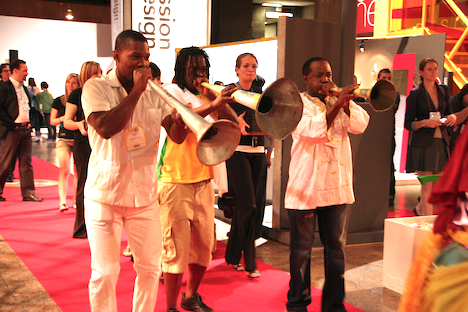 For the 23rd time SIDIM, the International Interior Design Show, was held in Montreal last week. We were invited to have a good look around and very much enjoyed this quite special little Canadian show. Even though ICFF in New York had only just folded a few days before, the exhibits presented in the SIDIM trade fair were looking fresh, far from already familiar encounters, which you usually see if you "do" Milan and the following shows. But this one, even though it states "International" in its name, focussed a lot on Canadian design, which I perceived as a very positive thing! 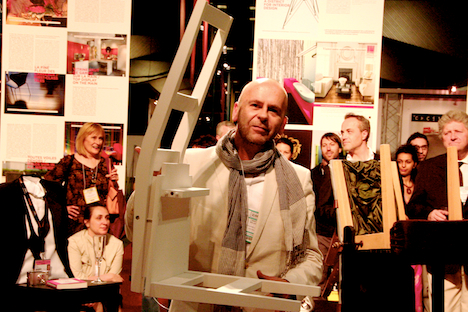 The Chair Show presented the outcome of the task to completely re-design an average Ikea chair, which was given to various local designers. My favorite was the brainchild of Christian Belanger and Marie Saint Pierre. The interior and the fashion designer duo successfully re-modeled the chair into a very useful wall piece, that can be used as a shelf and magazine holder. All re-designed chairs were auctioned as collector's pieces and gained up to 4.100 CAD (!) for a charity to re-built Haiti. 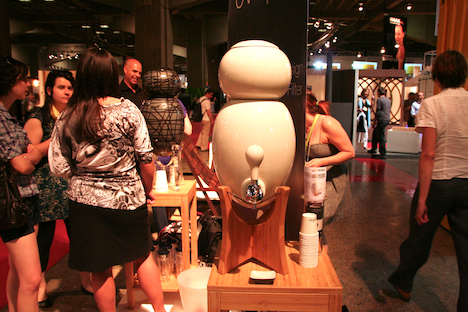 The Ovopur water filtration and revitalization system not only look's great but is also inspired by nature and steeped in environmental awareness, transferring age-old traditions into a modern language. Concieved by Canadian company Aquaova, the unit combines the simple shape of an egg and the thermal properties of porcelain to preserve and revitalize water. It consumes no electricity, instead uses gravity to filter and revitalize tap water through four layers of different minerals. Being both, a way of life and a health concept, it lies at the crossroads of urban trends and collective well-being and not only solves the problem of drinking water quality in urban environments, but also adds the benefit of eliminating the consumption of bottled water. 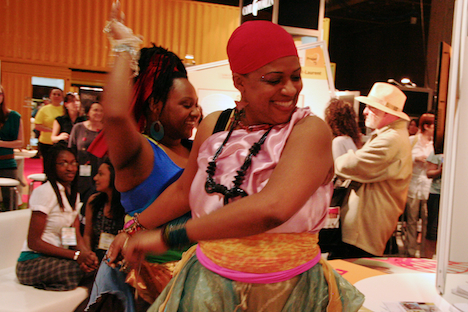 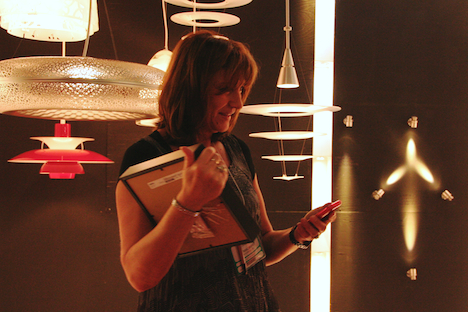 The Excellence Awards were announced by music group Rara of the Corteo Disegno. A whole group of playing musicians, jury members and helpers were walking through the show, presenting awards, mentions and Coup de Couer to various exhibitors. 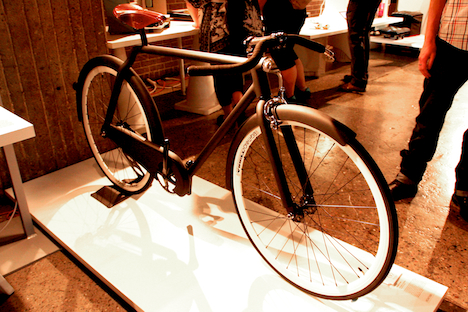 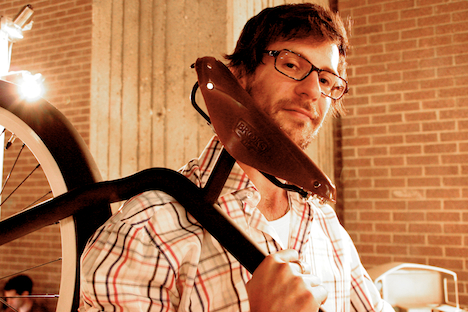 Christophe D. Robillard, a recent graduate from the Montreal University, presented his bike Victor. A beautiful yet practical design, Christophe shows that he even considered the comfort when carrying the bike on his shoulder, by including a radius on the frame acordingly - or was it just a nice coincidence?! 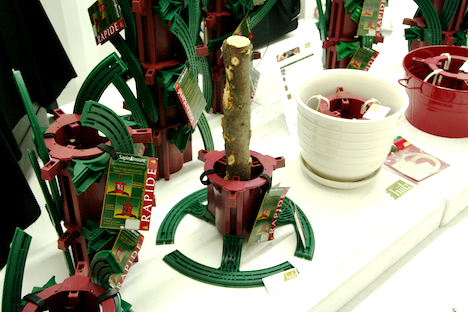 To give an idea about the wide range of products that were presented, I would like to also include this mass-produced Christmas Tree Stand - an easy clip-mounted system that can secure various tree sizes without falling over and burrying the presents underneath it.