Power Styling: An ID mystery from the 1960s 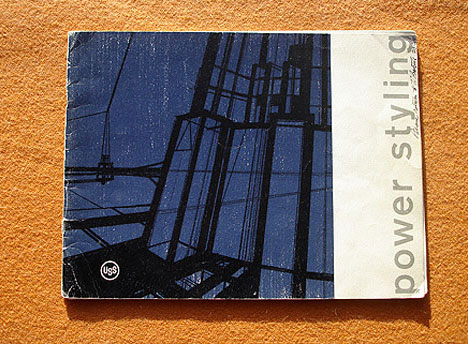 Folks, one of the editors over at Grain Edit came across a book called Power Styling, commissioned by United States Steel in the '60s. Grain Edit offers this possibly connected piece of back-story:

In 1964 United States Steel called upon the nation's electric utility companies to reconsider the current look of our power stations and transmission towers to be both functional and beautiful. Two years later, Henry Dreyfuss and Associates were commissioned to investigate possible design alternatives, and I believe they were documented in [the Power Styling book.]

Apparently said book, which is filled with illustrations, contains little in they way of credit or information; Grain Edit recalled that Syd Mead had done some famous work for U.S. Steel and contacted his office to see if he was the source of the drawings, but no dice.

Anyone have a dad or granddad who worked in ID? If so, show 'em these flicks and see if they know who did 'em. You can drop Grain Edit a line over at the original post.

Power Styling: An ID mystery from the 1960s