Starting Out is a new series by Core77 about designers who have recently struck out on their own. More than a string of studio visits, the series profiles talented, risk-taking professionals all around the world. We hope their anecdotes will inspire your own entrepreneurial spirit.

First up is Stewart Smith of Stewdio, a designer, artist, programmer and American transplant in London. We visited him in his shared studio space in Dalston. Read the interview below, or click through the jump to see some of his projects. 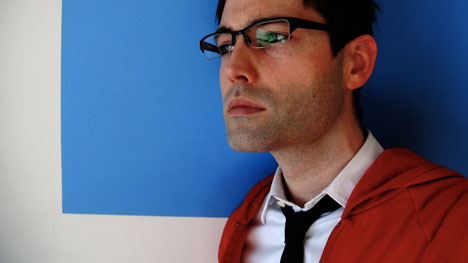 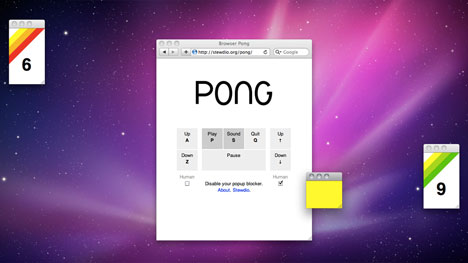 Top: Stewart Smith. Bottom: Browser Pong is a traditional Pong game played not *in* a browser window, but *with* browser windows. Play here.

Core77: What do you do exactly?

Stewart Smith: I'm a graphic designer, programmer, and artist. At the beginning of the year I relocated from New York to London. I run my own little shop called Stewdio and share work space with architect James Payne and fellow designer / coder / artist Jürg Lehni.

C77: What are you working on right now?

SS: I've got three kettles on the stove. The first is a low-fi, computer-generated music video for Tomas Halberstad, a musician in Gothenburg, Sweden. The second is a data visualization piece for SFMoMA's upcoming exhibition "How Wine Became Modern" that opens in November. Finally—and a bit further down the road—is a data viz piece for an exhibition titled "Global Art and the Museum" that will open at ZKM in Germany next summer. The latter two are collaborations with musician / engineer / architect Robert Gerard Pietrusko. Meanwhile I've also become very excited about Jürg's "Scriptographer" tool for Illustrator. He and I have just been talking about how we might channel that enthusiasm. 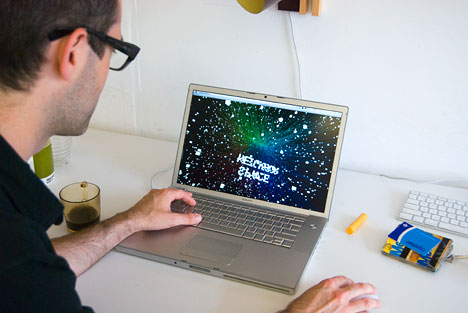 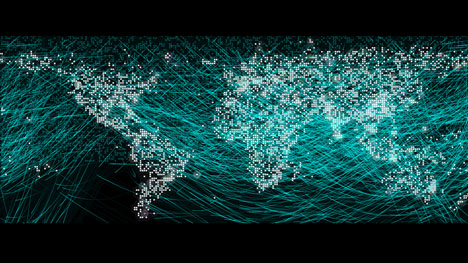 SS: I'm handcuffed to my MacBook Pro. From the moment I wake up to lights-out I've got it open, grinding away on something. Email and video chat take up an appalling slice of my day—coordinating projects and syncing up with collaborators in various locations. Although I'm up early I usually arrive at the studio late because by morning coffee I'm already hooked into solving some aspect of a project. Sometimes it's difficult to push things aside long enough to put myself together and walk over to the studio space.

Right now my one-two software combination is TextMate plus Terminal. Recently I tried to answer this question about what tools I use but found myself failing miserably. I code quite a bit, but I'm increasingly interested in writing. There's an oft neglected connection between the two. Writing good source code is like writing poetry. One wants to be concise but also expressive. (Did I mention I'm a rather big fan of Ruby?) 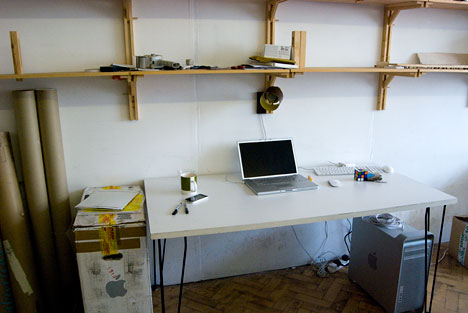 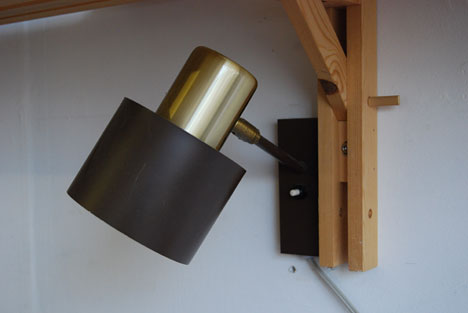 Top: Stewart's spartan desk, featuring a Mac laptop and not much else. Bottom: Custom shelving and well positioned lamps.

C77: What are you trying to achieve with your practice?

SS: My list of goals is brief: to pursue the challenges that I personally find exciting, to work with good people, and to make a comfortable living at it. When I gave some talks about my work in New York and London I tried to cast these goals as commandments like "Find your calling", "Find your collaborators", and "Find your patrons" respectively. (Ug. Upon reflection it sounds too... preachy.) My specific interests and soap box issues are rather varied and shift quite a bit but I think those general goals are broad enough to remain constants on the road ahead.

C77: Describe the moment you decided to start out on your own.

SS: Oddly, I didn't have a defining moment. It happened in stages. First as a kid I started an embarrassing little email zine. In high school that evolved into a printed music and politics journal made with friends. It wasn't a real business, but we treated it as if running our own company. After undergrad my second stage began by working for David Reinfurt's O-R-G design firm in New York. I was only in for three days a week and that gave me ample time to start Stewdio by finding my own clients and starting my own personal projects. The final stage began when I received my MFA from Yale and returned to New York City in 2008. I was lucky and found excellent collaborators straight away. That sealed the deal and now Stewdio is my full-time job. 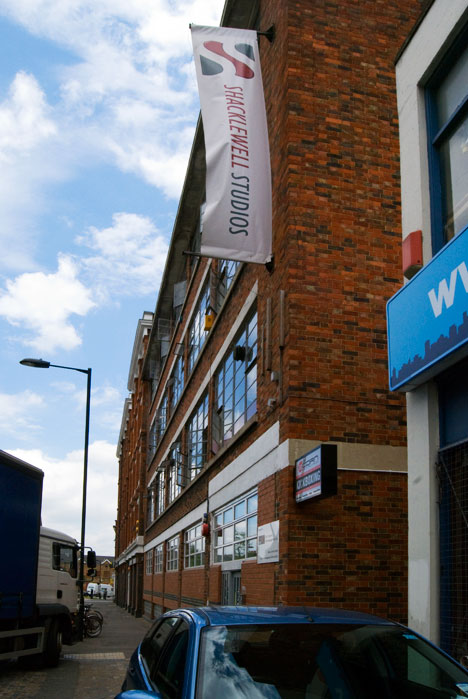 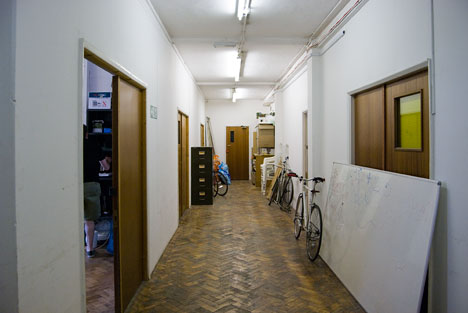 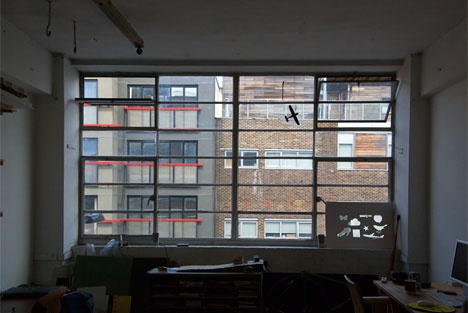 C77: What are some of the high points and challenges of starting and running your own business?

SS: I'm going to be a bit general with this... Exhibition openings and project releases fade so quickly. The joy has to be in the process itself. When I'm working on a good project with good collaborators--running on all cylinders--I feel like I'm justifying my existence here in this universe. Even if that "good" project is just a silly version of Pong. When I'm working a boring, ill-conceived project with little authorship in order to make a bit of cash I feel awful. 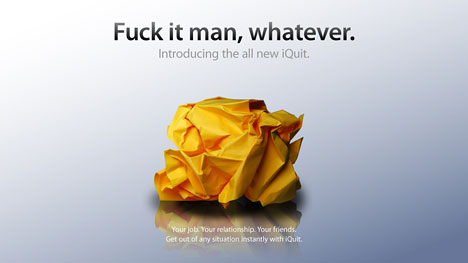 iQuit generates a formal letter of resignation from its library of pointed, yet ambiguous, sentences.

C77: Who are your professional contemporaries and peers?

SS: Tricky. I can't help but improperly mix up "influences" with "peers" as part of my twisted wishful thinking. I'm always afraid of accidentally leaving out one of my favorites or perhaps offending someone who feels we're not in the same league at all. But here goes in no particular order: Robert Gerard Pietrusko, Jürg Lehni, Rafaël Rozendaal, Andrey Yazev, Alexei Shulgin, Jodi, Ricardo Cabello (AKA "Mr Doob"), Robert Hodgin (AKA "Flight 404"), Karsten Schmidt (AKA "Toxi").

As a catch-all I try to keep tabs on everyone via my ever-shifting "l33t" list on Twitter, so that's also something to look at.

Jed's Other Poem is a music video for Grandaddy's song of the same name.

C77: Give one piece of advice for others who are thinking of starting off on their own.

SS: Make your dreams Plan A. If that fails you can always join everyone else on the beaten path. Don't fool yourself into thinking the beaten path has to be your Plan A. Closely related; do what you love. Work is hard. Stress is painful. If you're doing something you love the pain is worth it. And if you really love it you'll find yourself improving over time.

Are you a designer starting out on your own with a story to share? Let us know, and you may find your way here. Email your details to blogs [at] core77 [dot] com with the subject line "Starting Out."