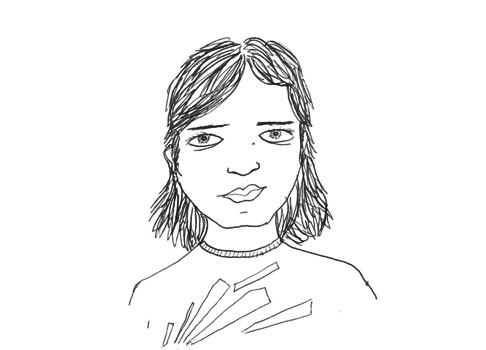 Judi Alewife is a designer/human from Toronto, Canada. Throughout her career, she's been known as "the scoundrel's designer" and "the thrift store queen." She's never worked for anyone else, and she's never set the price on a single item that she's designed. Instead, she make things, then donates the pieces to thrift stores, charging people ten bucks for the information on where she's donated her stuff.

One of her first items was the noodle fork. After hearing rumors of people bending their forks to get bigger bunches of noodles on a spin, she started bending her own. She takes the forks, bends them, paints the handles yellow, and attaches a label. They usually go for about a dollar. 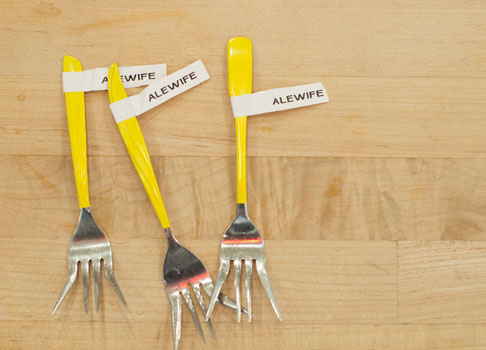 If the forks sell out in a day, well, the candle maker sells out in a matter of hours. Here's how they work: First, a string gets tied down the center of the two piece mold at the base of the candle stick. Then you insert a standard candle above it, and when it burns down, the drippings start to fill the mold. It usually takes about 7 or 8 small candles to form the new one. True thrift. When asked about the candle maker, all she would say is that she called the process "horsing down." 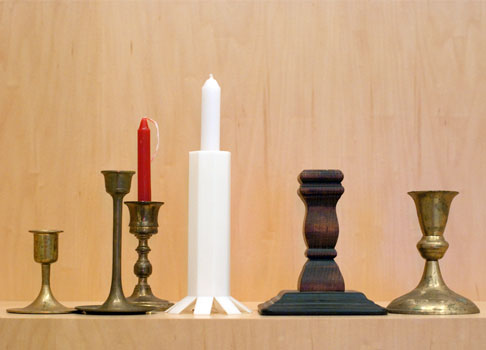 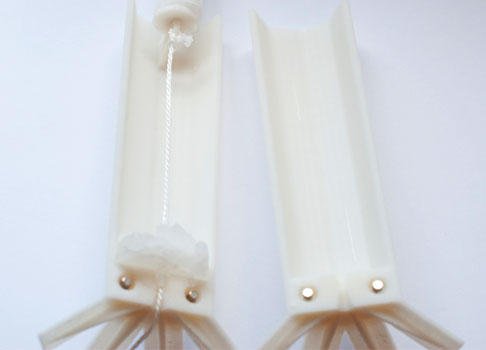 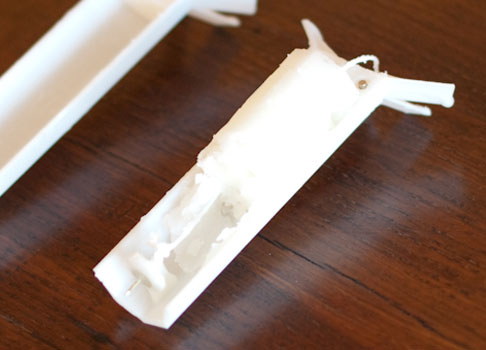 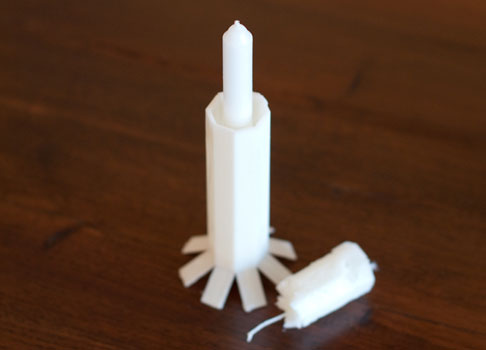 After a decade of selling the information on the forks and the candle makers, she started branching out into clothing. Working with a good friend, Jeremy Russel Darlington, she came up with the idea for the Blueper Boy shirt. The Blueper boy was a blue tee that had a specific geometric pattern stenciled on it. People would have to check the underside of every blue shirt in the thrift store to find one. The interesting thing about the shirt was this—it would get you half off any concert in Toronto if you wore it through the doors. Judi was big on the music scene and worked a deal with the most interesting venues in town to make this happen. As a result, you could always see a lot of people religiously checking out every blue shirt at thrift stores in Toronto in the early 80's. This was her biggest success, her biggest draw. 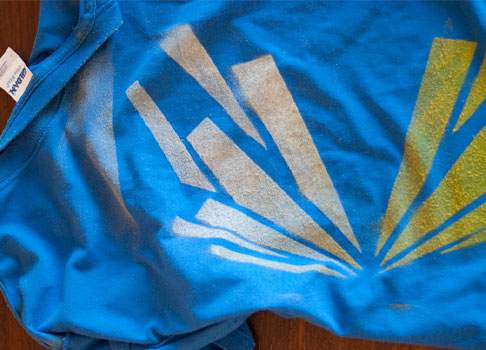 Back to Jeremy Russel Darlington. He was Judi's best friend, from childhood, and a baseball player for the Blue Jays. During the spring of 1984 they had a massive falling out. The funny thing is that you can clearly see the change in Darlington if you compare his 1983 card to his 1984 card. Darlington left the major leagues in 1985 claiming that he forgot how to hit. Most people knew that this was a lie. It's interesting to note that in 1984, after the falling out, he became the only baseball player ever to have ?B as his official position on his baseball card. 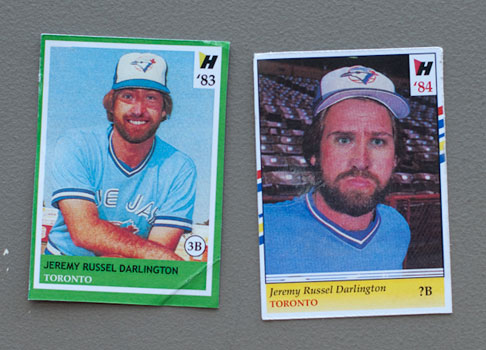 Judi currently lives in Medford, MA and continues to do the same thing that she's done since she started off in design. For those of you that are interested, she's donating a round of the noodle forks to the Goodwill in Cambridge on Mass Ave. this Wednesday.