We'd Love to See: An iPad with a MacBook Air hidden inside 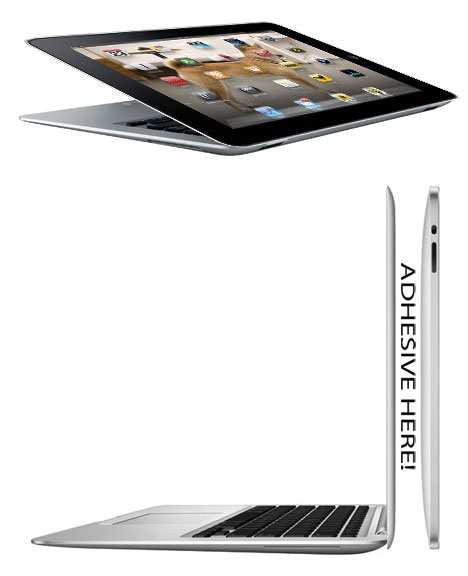 ...A light, thin Mac with a standard screen when you open it up, and a second screen on the top of the device (a touchscreen) which would act as an iPad when the lid is closed.

Our silly Photoshop rendering above illustrates this concept, while the Apple patent drawing dug up by Patently Apple (below) that the ComputerWorld piece is based on shows a more sensible configuration: 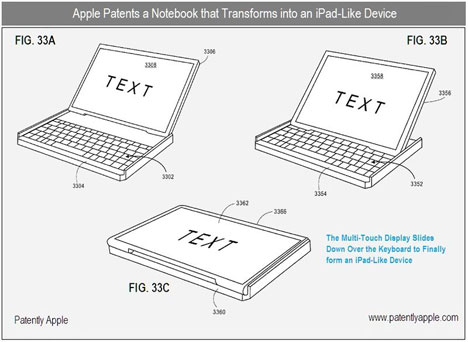 Either way it seems feasible, if a tad far-fetched. But man, if I could flip my iPad open to reveal a keyboard and do some honest-to-God typing, I'd be a happy, one-device-carrying man.

We'd Love to See: An iPad with a MacBook Air hidden inside