We first wrote about Jeffrey Stephenson's killer computer designs back in May, and he wowed us with his Art Deco, Mission-style and Machine Age machines (above), which are not just concepts but working PCs. We closed our entry with a request for a Mid-Century Modern, and Stephenson has taken us up on the challenge!

(A caveat: Stephenson has warned us that this machine, unlike the ones on his site, is "a crude draft" and "not ready for primetime" and that he had no intention of posting it in such an early iteration; but he did want to get some feedback, and agreed to let you Corohounds take a look and offer your opinions.)

His departure point for the design: "What if IBM had invented the PC twenty years earlier? Could this have been a computer used in the offices of Sterling Cooper Draper and Pryce?"

First, some shots of Stephenson's inspiration for this piece, a Danish-made desk from 1964 that he found on eBay: 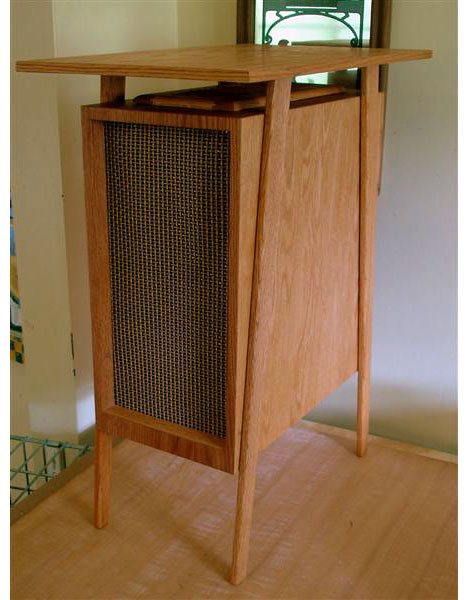 Hit the jump to see more shots, then dust your thinking caps off and have a gander at Stephenson's feedback requests (in italics, below). 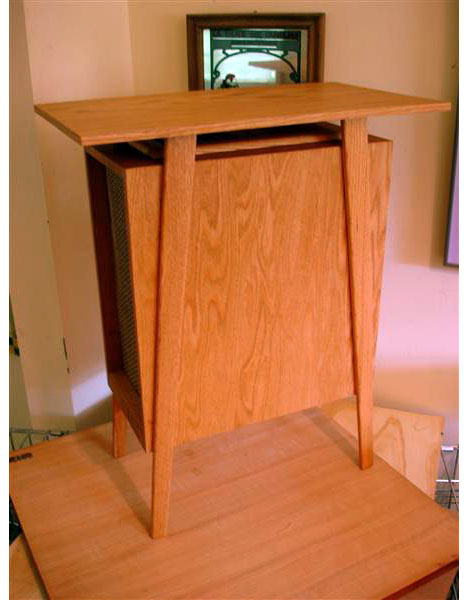 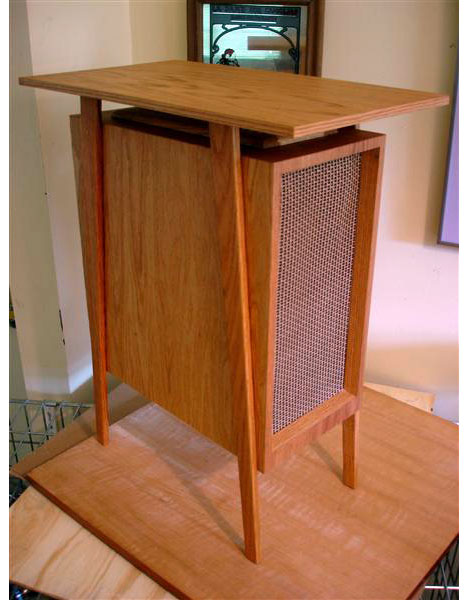 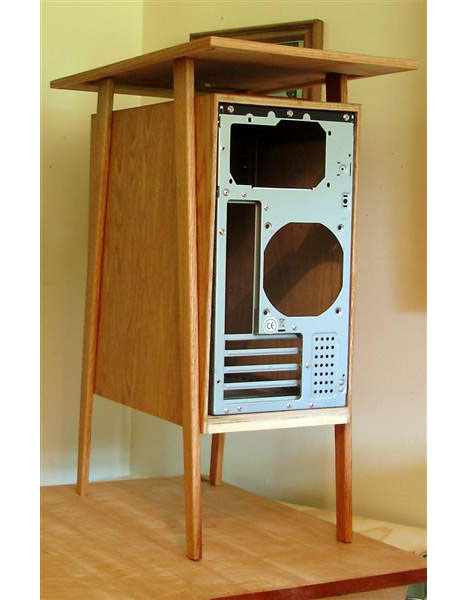 1. Do you find the length of the legs, or the use of woven cane in the front, an issue?

2. Danish modern should be teak, but does this red oak work?

3. I want the design to be light and airy, but are the proportions too thin in the legs and tabletop?

4. How much will people complain about there not being a CD drive? (I don't use them anymore.)

5. The emblem on the front is a big decision yet to be made. I have a case badge from an original IBM I'm considering using, but something classy from the period might be more appropriate.Any suggestions?

Please sound off in the comments! And killer work so far, Jeffrey.