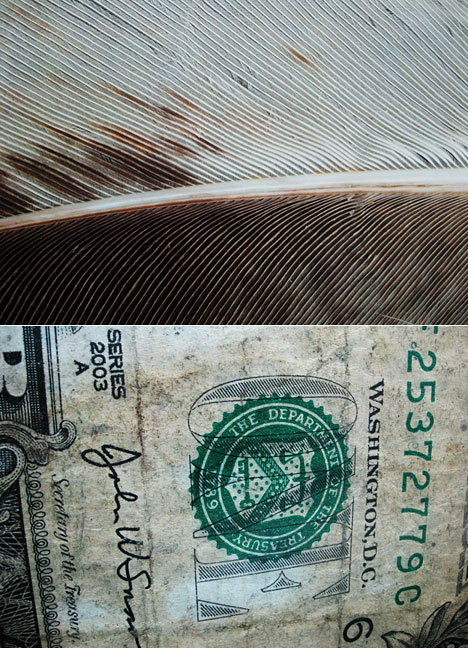 Photography has come a long way in the last 200 years or so, or even since the first megapixel sensor. Newly developed robotics and software are now making it possible to photograph the tiniest of subjects, the most magnified close-ups, or the broadest panoramas with ridiculous depth of field, quality, and gigapixel resolution.

At SIGGRAPH 2010, where pixels are on everyone's mind in some way, one exhibit focused exclusively on the topic. GigaPan, a company known for innovations in robotic camera mounts and custom image software, presented its latest hardware, software, and images. Using mounts that automatically move a camera's view across a selected subject, software can then stitch together the high-resolution image pieces to construct photos at the gigapixel level. We captured a video of the photography in action below:

The first video shows the iterative photographing of a circuit board to create a gigapixel image. The second shows the demonstration of the GigaPan Epic 100. The robotic mount/software runs at about $350.

A collaboration among Gigapan.org, Carnegie Mellon, NASA, and Four Chambers Studio, the exhibit illustrated how photography and imaging play a vital role in the study of biological systems, allowing new and better science in general, as well as extending the use of photography fundamentally.

Click through the jump for some of the high-resolution images on display at SIGGRAPH 2010. 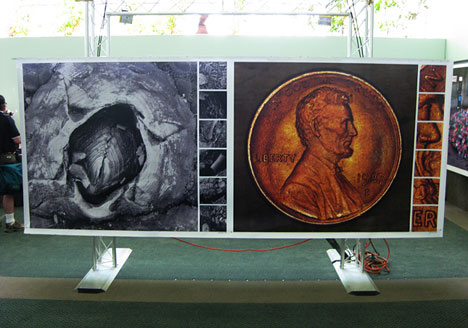 A photo of a penny that was scaled down to around 1.5 gigapixels for this print. On the left, an image of a barnacle on top of a clamshell. 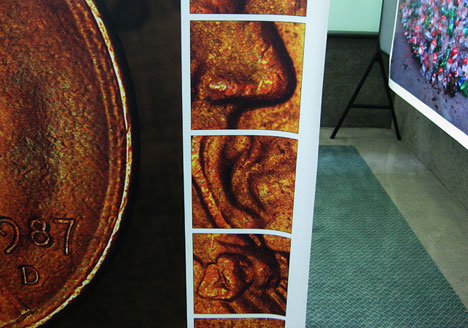 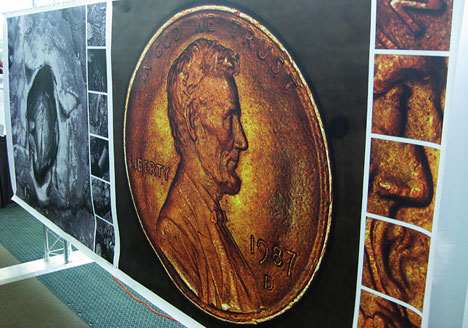 Close-ups of Lincoln's face on the penny. 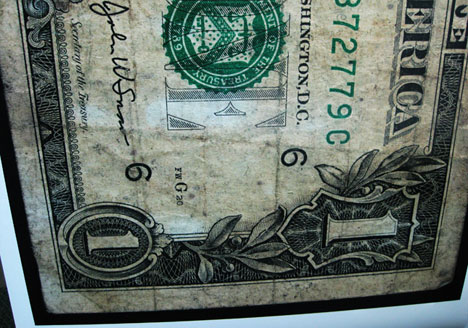 A high-resolution image of a dollar bill. 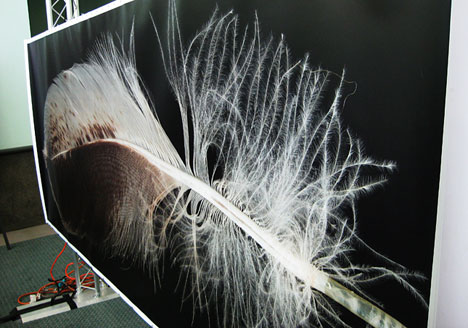 A photo of a feather that was scaled down to approximately 3 gigapixels for this print. 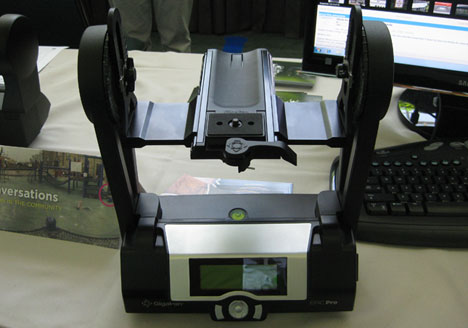 Also check out high-resolution panoramas that have been uploaded to gigapan.org.