This is insane! A subway-bus hybrid that goes over traffic, not around it 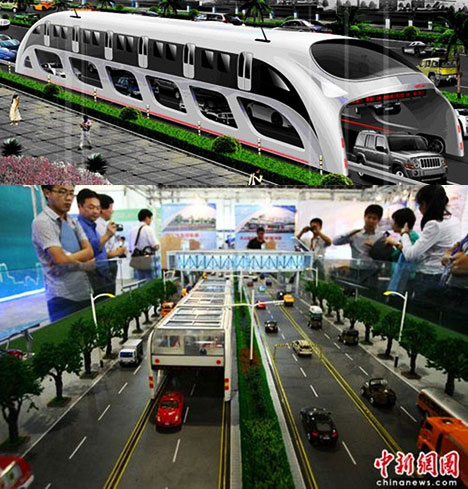 The Shenzhen Hashi Future Parking Equipment Co. of China has a proposal situated somewhere between Superstudio and Plug-In City: An elevated megabus/subway hybrid that slides over the traffic instead of going around it, or creating congestion itself. From the looks of the video though, this excludes trucks—they'll have to go around, as if they don't have it hard enough already.

This is insane! A subway-bus hybrid that goes over traffic, not around it