Access, not ownership is the route to better products 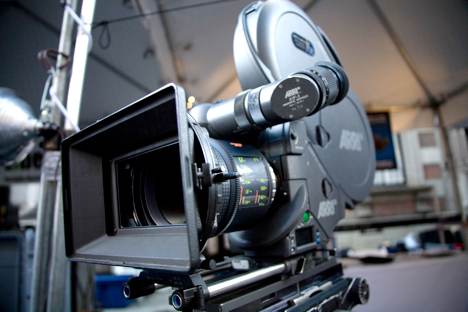 I really don't want to own another laptop, mobile phone or TV ever again. In fact, as I look around my home, I realise there are quite a few products that I feel the same way about, especially in the world of consumer electronics. That's not to say I don't want to use the latest and greatest of these products, but I don't want to buy and own more future landfill.

Like many, I wouldn't mind trading up my iPhone 3GS for the new iPhone 4. The thing that stops me is not just the price or being shackled to a rubbish telco contract for another two years. What stops me is that I really don't want my existing iPhone to just end up in a drawer. Sure, I could resell it on eBay only for it to end up in somebody else's drawer one day. Actually I'm very happy with my existing 3GS, but with a new daughter in the family, I'd like to shoot some higher quality video of her growing up. Instead of buying yet another gadget in the form of a video camera the iPhone 4 would do the job. I really just want to trade the old one in and have access to the new one until the next new one comes along. I don't need to own it forever.Inspired by Ben Reason's "not more products, please" plea I have been running some service design workshops in recent weeks with the theme Access Not Ownership. Or, as John Thackara labels it in his book In The Bubble, Use, Not Own. In the workshops most people see the sense of saved resources by not having to own everything they use, but most also stumble onto the same issue - people often don't like to share, but there are plenty of models of this working and leading to better products and services as a result.

The easiest use-not-own approach is similar to leasing, but rather than pay a monthly fee to the telco for the financing of my iPhone, for example, I'd prefer to pay a monthly fee to Apple for access to the devices of my choice. When new versions come out, I would have the choice to pay a lower monthly fee to keep using my 'old' technology or keep paying the same and swap my laptop/iPhone/iPad out for the new model. Like broadband or cable TV, as time progressed the fee remains the same but the offering improves.

This is one approach to creating a product-service ecology and elements of this which already exist - mobile phones, car leasing, vegetable box deliveries, renting a TV or washing machine. The downside of leasing is that at some point the product will most probably end up in the landfill or, if we're lucky, parts of it will be recycled or downcycled.

One big difference with a use-not-own ecology is that it can be a closed loop of manufacture and recycling. When manufacturers are responsible for the recycling there is a built in incentive for them to make products as easy and efficient to recycle as possible. In the monthly fee model, the issue of defective products is squarely with the manufacturer. They still own it and there is an incentive to make products that are built to last longer or easy to service. Longer lasting products mean that those who are happy keep their products longer and pay a lower fee provide an income stream that is otherwise lost by selling a product outright for a one-time fee.

This isn't a new model, of course. Up until relatively recently it was common for telcos to own the hardware of the telephone. There are still plenty of people paying rental for old landline telephones, some of which haven't been used for years. This model used to exist because the products were too expensive or too 'technical' to own or they provided an additional revenue stream. They were part of the service provided. Cheaper and cheaper production techniques kill this model but produce massive waste in terms of 'disposable' products.

In the workshops I ran, participants often started by making a list of things they would and would not share. After some initial resistance to the idea of sharing, most people realise that they would actually be prepared to share quite a lot of the products they own. The exceptions, it seems, are underwear and toothbrushes. Yet clothing is an untapped sharing area that is quite culturally and gender determined. More women seem to be happy to share clothes with friends than men, yet women tend to buy their wedding dresses, which are worn once only, while men most often hire their tuxedo for the occasion. At the same time more women appear to buy and sell clothes on eBay than men.

But sharing is different from having access to something. Sharing implies owning something first and then sharing it with others. Access can mean that a company or community own something rather than an individual, but that individuals can use it. It's still sharing, but it doesn't feel like you are using other people's stuff.

Workshop participants are then challenged to come up with an access model of things they normally own and at the same time think of a way to create a great customer experience that would offset the downside of not owning the products. What soon transpires is that the access model can allow people to use products that are normally way out of their price range, such as designer clothing. It can also provide a level of variety that ownership cannot, such as a different car every week.

Ben Reason's critique of The Big Rethink was that it really didn't amount to much of a rethink:

"Products sold in markets seemed to be the model for most of the case studies - they may be great products, green products or category redefining products but they are still things made, shipped and consumed in the way that, as we heard from Steve Evans of Cranfield, is unsustainable and clearly does not answer the big challenges. As Hugo Spowers (Riversimple) said 'less unsustainable is still unsustainable.'"

He goes on to describe Riversimple's business model:

"[O]nly through a 'sale of service' (the car will be charged for by the mile with fuel included) could a car manufacturer build incentives into the business to reduce its environmental impact with zero as a goal. [Riversimple's] model is to make higher margins from a more expensive car by providing it as a service to users for longer than the first five-year span that traditional manufacturers are interested in."

Again, there are plenty of existing models where this works very well for all involved. In an earlier student incarnation, I studied film and video and I remember the incredibly high build quality of Arriflex cameras. They were also unaffordable for the private individual and most production companies rent them, not only saving themselves the cost of large assets that are only used sporadically, but also saving on maintenance and insurance. The cameras and other equipment are not only built to be high quality products to use, but also built to withstand being rented out over and over and be thrown around on hasty film sets and in the back of vans. It's a world away from the flimsy plastic junk most of us end up with as consumer cameras.

Designing products to be part of an entire service-product access-not-ownership system has benefits all around. Designers can focus on designing the best product with the highest build quality possible, manufacturers enter into a longer term relationship with consumers and consumers get to use high-end products. Access, not ownership also means less use of resources and less consumer junk stowed in drawers for a few months on the way to the landfill.

Access, not ownership is the route to better products

Andy Polaine co-founded the award-winning new-media collective Antirom in London working with clients such as the BBC, Levis and The Science Museum as well exhibiting several interactive installations and performances around the world. He was a producer at Razorfish in the UK before moving to Australia where he started the interactive department of visual effects company, Animal Logic. He was Senior Lecturer in Interactive Media and Head of the School of Media Arts at The University of New South Wales, Sydney before moving to Germany. Officially Dr Polaine with a PhD in interactivity and play from UTS, Sydney, Andy is now a Lecturer and Research Fellow in Service Design at the Lucerne School of Art and Design in Switzerland. Alongside his academic work Andy continues to work as a interaction designer, service design research and writer. His own blog is Playpen and he is also the Editor and founder of The Designer's Review of Books

With Nik Roope from Hulger.