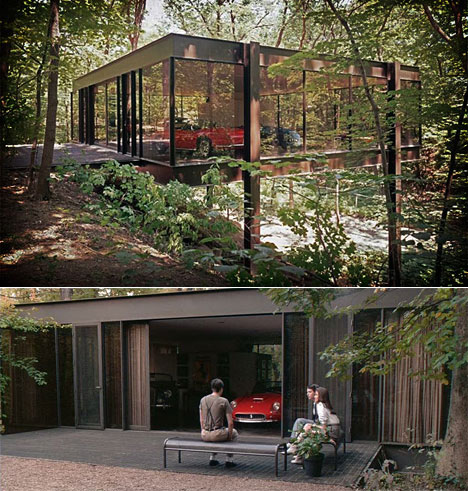 Who could forget the Mies-van-der-Rohe-esque house Cameron lived in in Ferris Bueller, the one with the glass garage where he sent his dad's 1961 Ferrari 250GT plummeting to its doom?

Over a year ago we started seeing blog posts indicating the Highland Park house was on the market, going for $2.3 mil. We checked the listing yesterday and not only has the house not sold, but the price has dropped to $1.65 mil. This is your chance, lucky Core77 reader, to swoop in and save yourself $650,000! You better invite us over after you buy it. 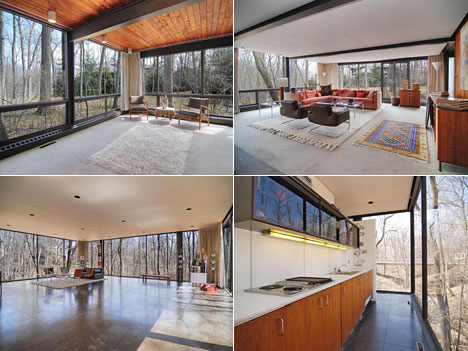 Officially called the Ben Rose Home, the steel and glass structures are located at 370 Beech Street in Highland Park, a suburb of Chicago. They were designed by 20th-century architects A. James Speyer and David Haid.

As Chicago-area '80s movies houses go, this one's a better look than that Colonial rat-trap Macaulay Culkin got locked up in.